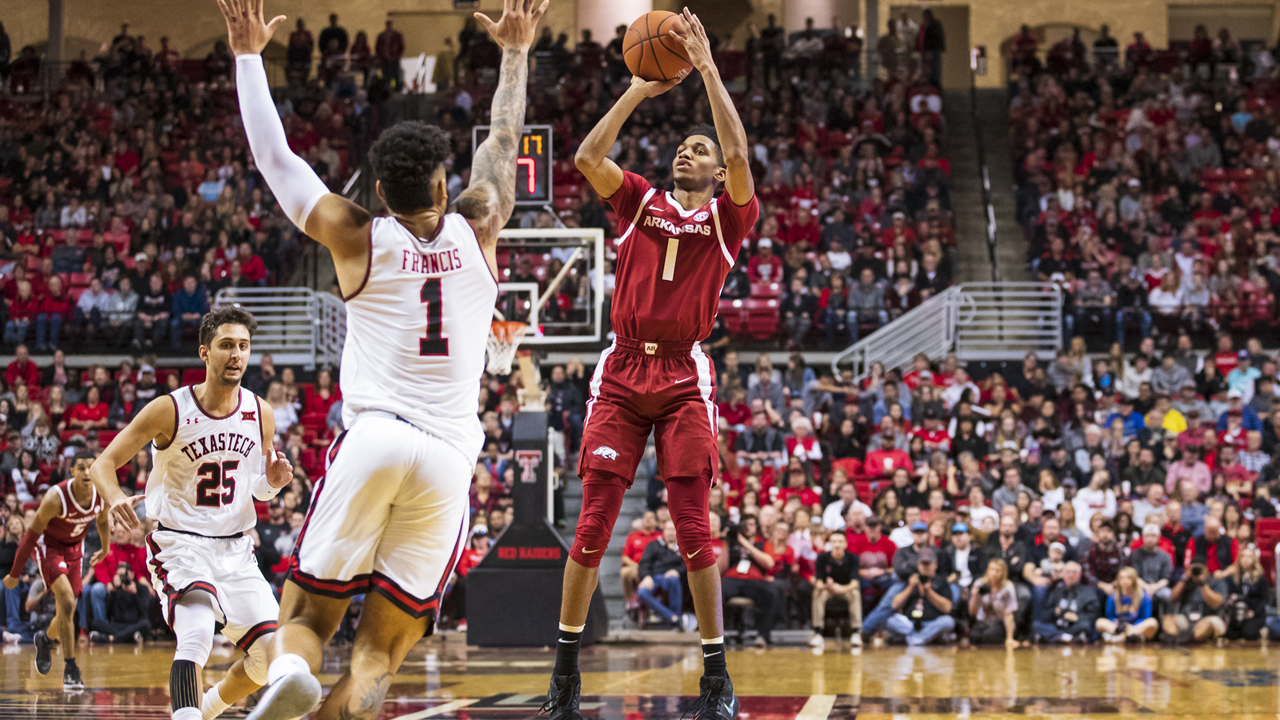 BIRMINGHAM, Ala. – University of Arkansas sophomore Isaiah Joe was named to the media’s 2019-20 preseason Al-SEC team while the Razorbacks were predicted to finish 11th this season, it was announced today by the league office.

Joe, who was named second team All-SEC last season, is one of the top returning scorers in the SEC. The Fort Smith product averaged 13.85 points per game last season and ranks third among returning players in the league trailing Ole Miss’ Breein Tyree (17.91 ppg) and Texas A&M’s Savion Flagg (13.88 ppg).

Joe set several records by making 113 3-pointers last season – setting an Arkansas single-season mark and tying an SEC freshman record. His 113 triples were the fourth-most ever by an NCAA freshman in a season and his 3.32 3-pointers made per game set an SEC single-season record by a freshman. Joe additionally led the SEC in 3-point field goal percentage, becoming just the fourth SEC freshman to accomplish the feat.

Joe not only made a name for himself on the offensive end, but he ranked 10th in the SEC in steals (1.50), led the Razorbacks by taking 27 charges and recorded 110 deflections.

While the Hogs are picked 11th, Arkansas has exceeded its preseason predictions in each of the last six years.

Arkansas will play the first of its two exhibition games on Sunday (Oct. 20) at 3 pm versus UALR. Prior to the game, there will be a ceremony to unveil Nolan Richardson Court. Since this game is a charity event – benefitting Arkansans impacted by flooding this past spring., the game IS NOT part of the 2019-20 season ticket package. All tickets are $10 and seating is on a first-come, first-served general admission basis.