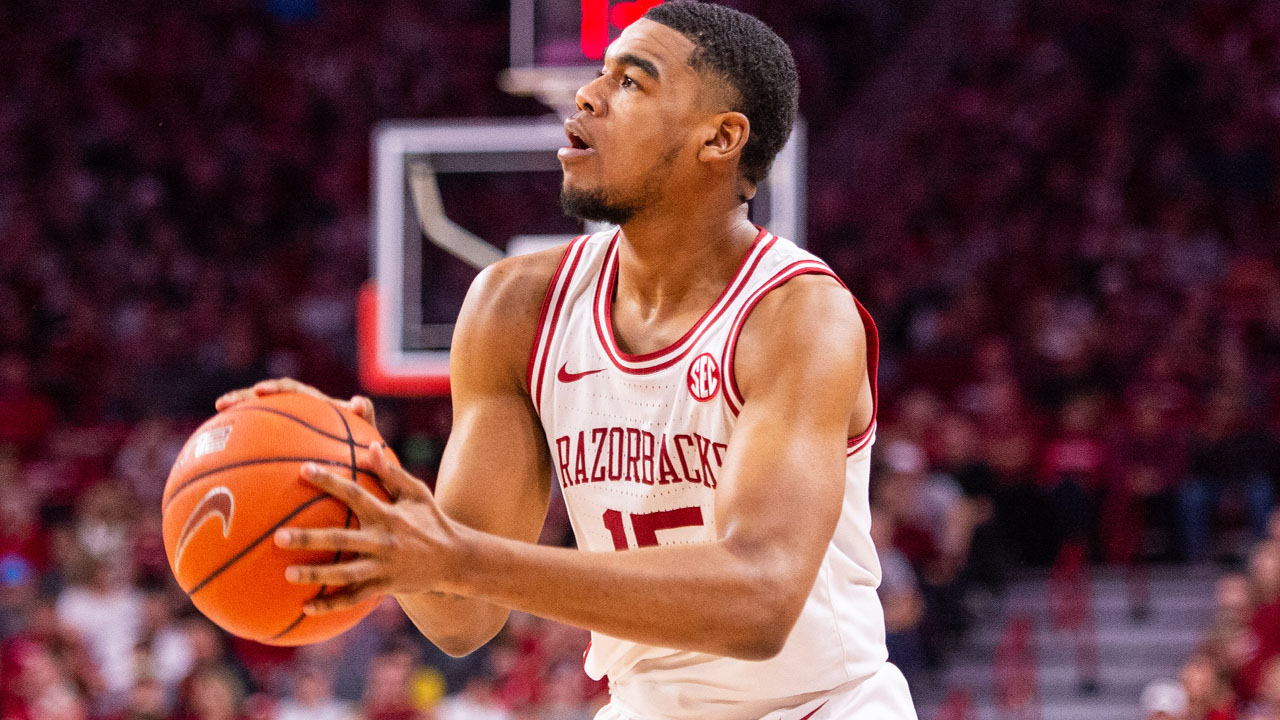 FAYETTEVILLE – Arkansas junior Mason Jones is one of 30 players named to the midseason list for the 2020 Citizen Naismith Trophy, the Atlanta Tipoff Club announced today.

Jones, a three-time SEC Player of the Week in 2019-20, has scored at least 30 points five times this season, including 41 points versus Tulsa and 40 versus Alabama. He is just the third SEC player over the last 30 years to have multiple 40-point games. Others include Kentucky Jodie Meeks (3) and LSU’s Shaquille O’Neal (2).