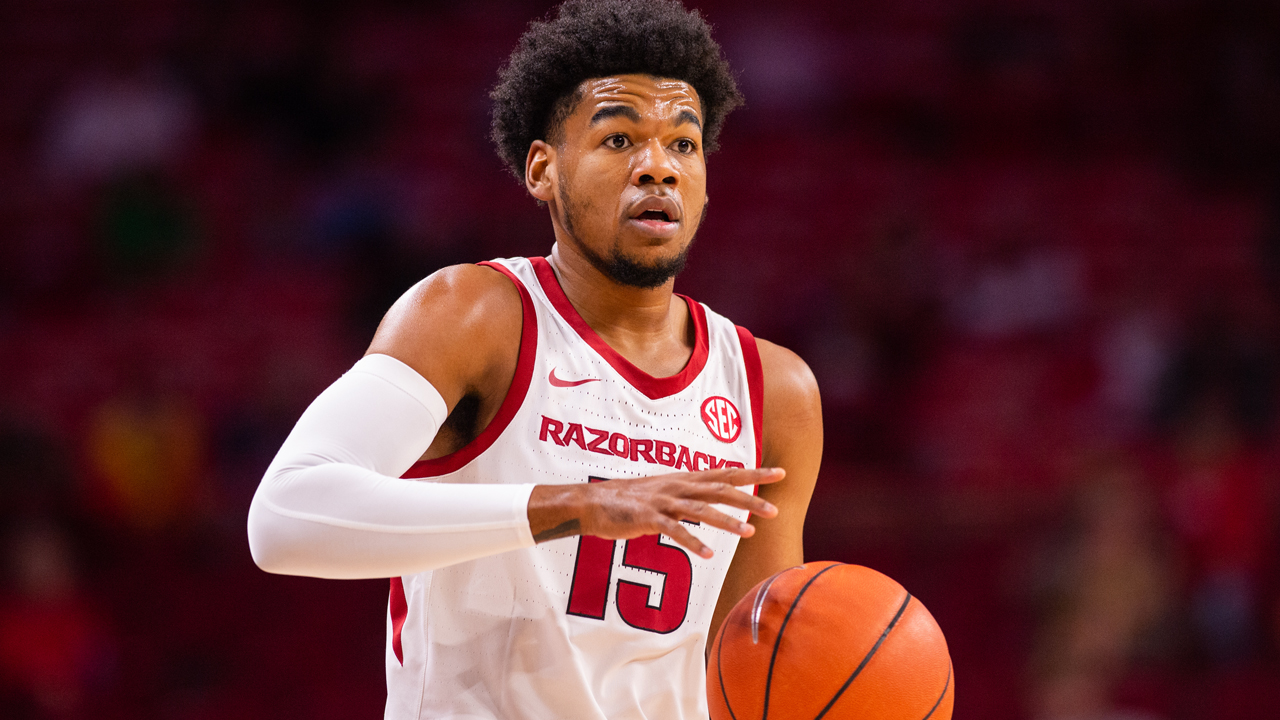 FAYETTEVILLE – Arkansas guard Mason Jones, named All-America honorable mention and SEC co-Player of the Year by the Associated Press this past season, has signed as a free agent with the Houston Rockets.

Jones was also tabbed consensus first team All-SEC (including unanimous by the media), both USBWA and NABC All-District, and a finalist for the Jerry West Award, presented to the nation’s top shooting guard.

Jones not only ranked eighth in the NCAA in scoring but became the first Razorback to lead the SEC in scoring at 22.0 ppg. In league games, that average improved to a conference-best 23.6 ppg as he set a school record for points scored in SEC games (424).

Jones led the NCAA in free throws made and attempts and was just the third player in league history to be SEC Player of the Week four times in a season. He is the 44th Razorback to score at least 1,000 career points – finishing with 1,146 to rank 28th – and he was the fifth-fastest to accomplish the feat (61 games). His career scoring average of 17.63 ranks sixth in school history while his 18.92 career scoring average in SEC games ranks third.