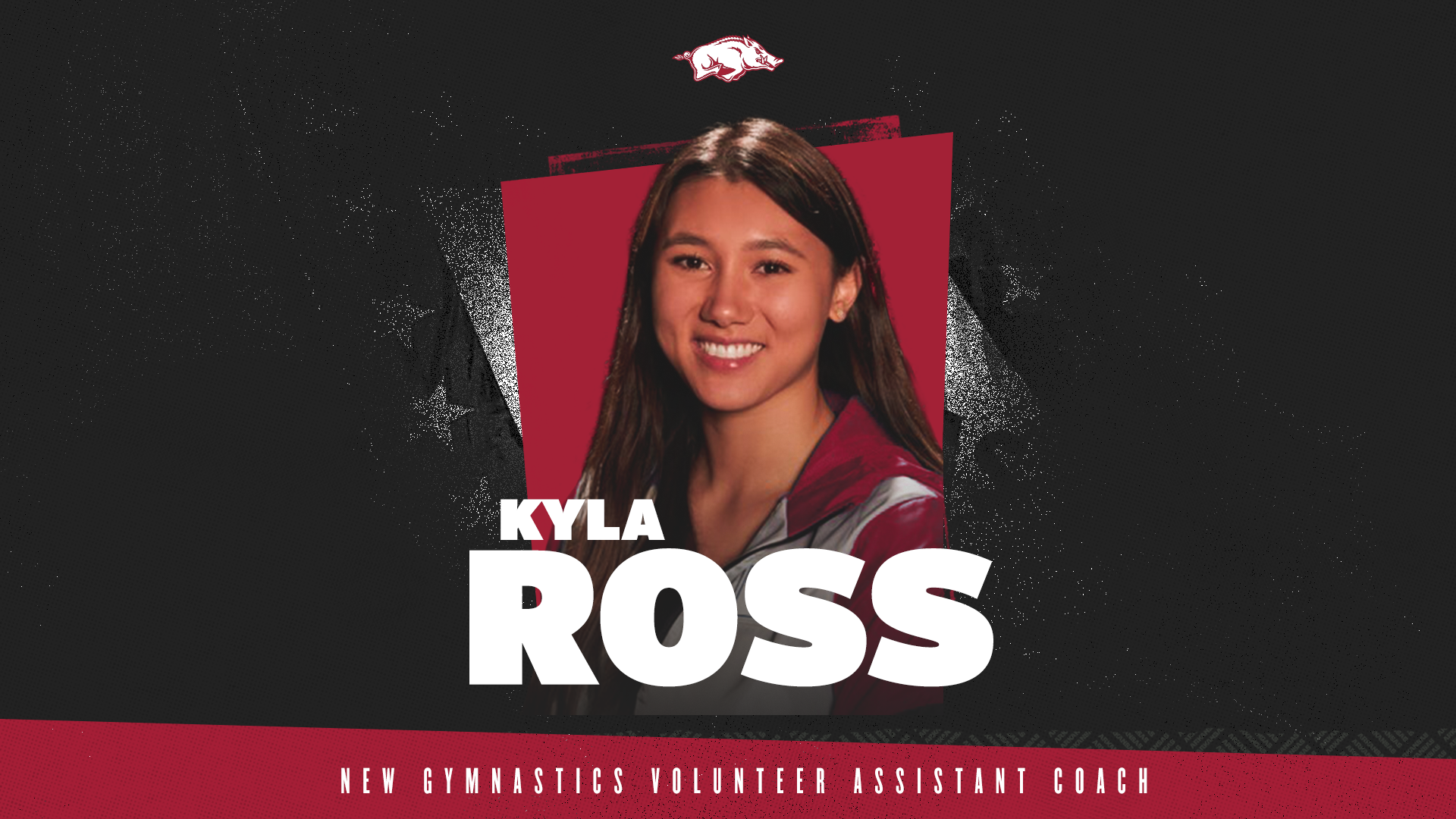 Ross comes to Arkansas after one season as an undergraduate assistant coach for the Bruins, which followed a historic career as a student-athlete.

“I am so excited to continue my coaching career at the University of Arkansas! Thank you to Jordyn Wieber and Razorback Athletics for this amazing opportunity. I’m looking forward to being part of such an inspiring coaching staff,” Ross said. “Thank you to UCLA Athletics for an incredible college experience. I can’t wait to bring that passion to Fayetteville!”

Ross and Wieber have a decorated history as members of the “Fierce Five” squad that won team gold at the 2012 Summer Olympics in London.

The two also spent several years at UCLA together while Wieber served as a team manager and volunteer assistant coach and Ross competed on the team, from 2016 to 2019.

“I could not be more thrilled that Kyla will be joining our coaching staff. She knows first-hand what it takes to train and compete at a high level. We’ve been side-by-side in so many walks of life; on the Olympic team together and then as coach and student-athlete at UCLA,” Wieber said. “Not only was Kyla a fantastic athlete, but she is an incredible person and leader too. Wherever she goes, she makes those around her better, which is why she is the perfect addition to this Razorback coaching staff.”

While finishing her undergraduate degree in molecular, cell and developmental biology, Ross served as an undergraduate assistant coach at UCLA for the 2020-21 season. She helped lead the Bruins to the regional final, and six gymnasts received All-Pac-12 honors.

Before beginning her coaching journey, Ross cemented herself as one of the most successful gymnasts in NCAA history — from her collegiate debut against Arkansas in 2017, to her final meet in 2020. She won NCAA titles in each season that the championships were held during her career (canceled in 2020 due to the COVID-19 pandemic) with one on each event, in addition to UCLA’s team first place finish in 2018. This made Ross the first female gymnast to hold Olympic, World and NCAA titles. She’s also a two-time Pac-12 all-around, uneven bars and team champion, and she won the 2017 and 2019 Pac-12 beam and floor titles, respectively.

Ross was the 2020 recipient of the Honda Sports Award, given to the best female collegiate athlete in her sport, and was named Pac-12 Gymnast of the Year in 2019 and 2020.