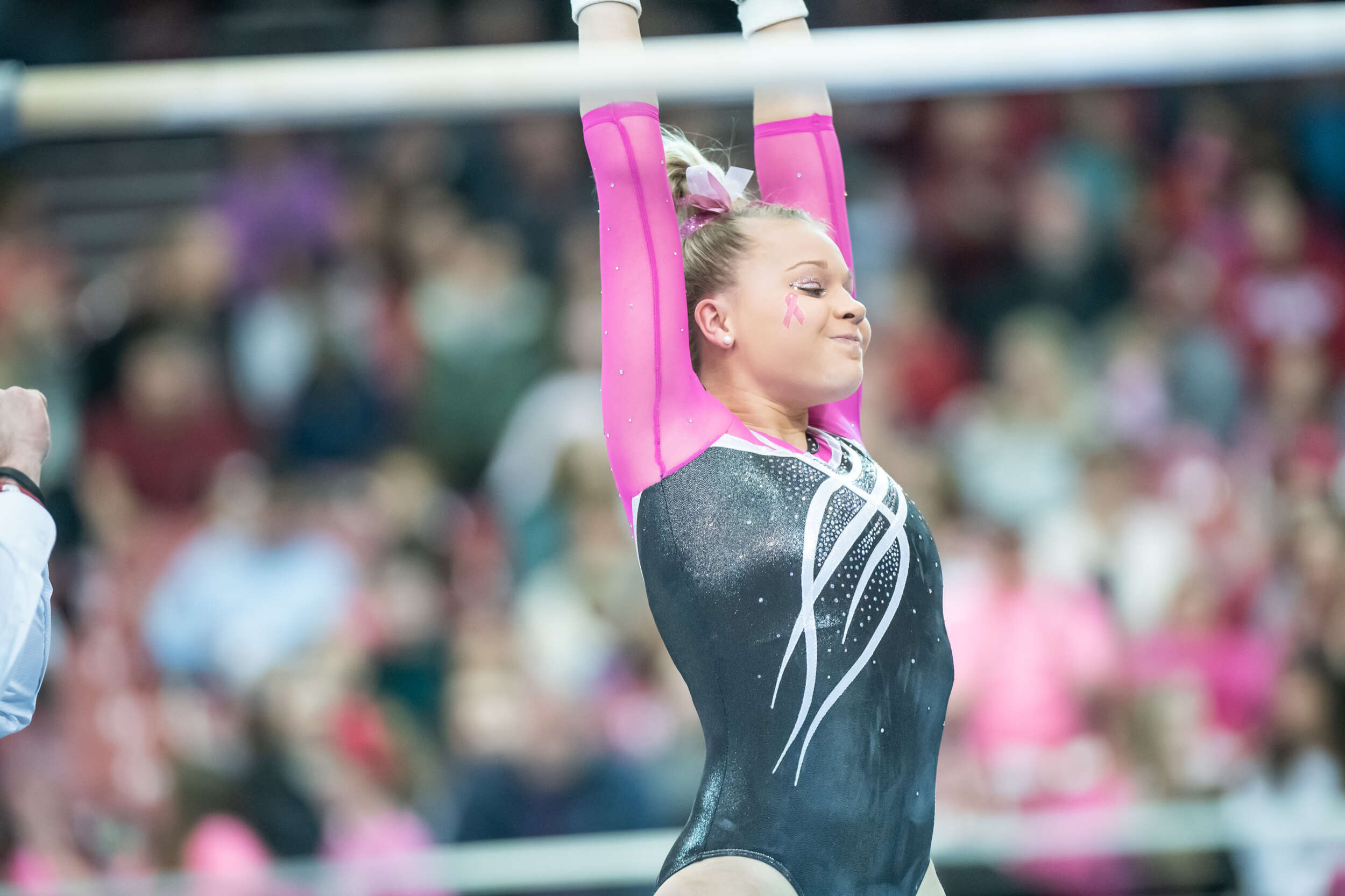 NORMAN, OKLA. – The University of Arkansas gymnastics team visited the reigning NCAA champs in Norman on Monday afternoon. The Gymbacks fell to No.1 Oklahoma in the Lloyd Noble Center, 198.175 – 196.550. Arkansas’ 196.550 is the highest score for the Razorbacks in Norman since 2009.

Just three days from her first 9.900 of the season, junior Sydney Laird followed her top performance on bars with another top scoring routine, complete with beautiful ray and double layout dismount.

Senior Jessica Yamzon would lead things off with a solid 9.800 performance, sticking her full twisting double layout dismount in the first rotation of the day. Arkansas had five of six routines score a 9.800 or higher for a combined 49.250 on Bars.

Redshirt-junior Sarah Shaffer and junior Kennedy Hambrick with back-to-back 9.850s with a Yurchenko layout half and Yurchenko full respectively. The duo’s stuck vaults helped the Razorbacks improve their team vault score for the second straight week. Arkansas would finish vault with a 49.025 team score for a total of 98.275 through two rotations.

Senior Sophia Carter continued to be a strong anchor for the Razorbacks on the floor, wrapping up the third rotation with her double-back roundoff and double-pike last pass. Carter scored a team-high 9.900 on the floor to give Arkansas a team score of 49.250.

The Gymbacks held steady on the beam, as Yazmon scored a lead-off 9.825 with her back handspring, layout step out series. Redshirt-freshman Bailey Lovett hit the first 9.900 of the season for Arkansas on beam, showing off her beautiful front aerial, back layout series. The Razorbacks would finish with a 49.025 on the beam.

The Razorbacks return to Barnhill Arena to host SEC foe and No.12 ranked Kentucky for Crowns and Capes night on Friday evening at 6:00 p.m.