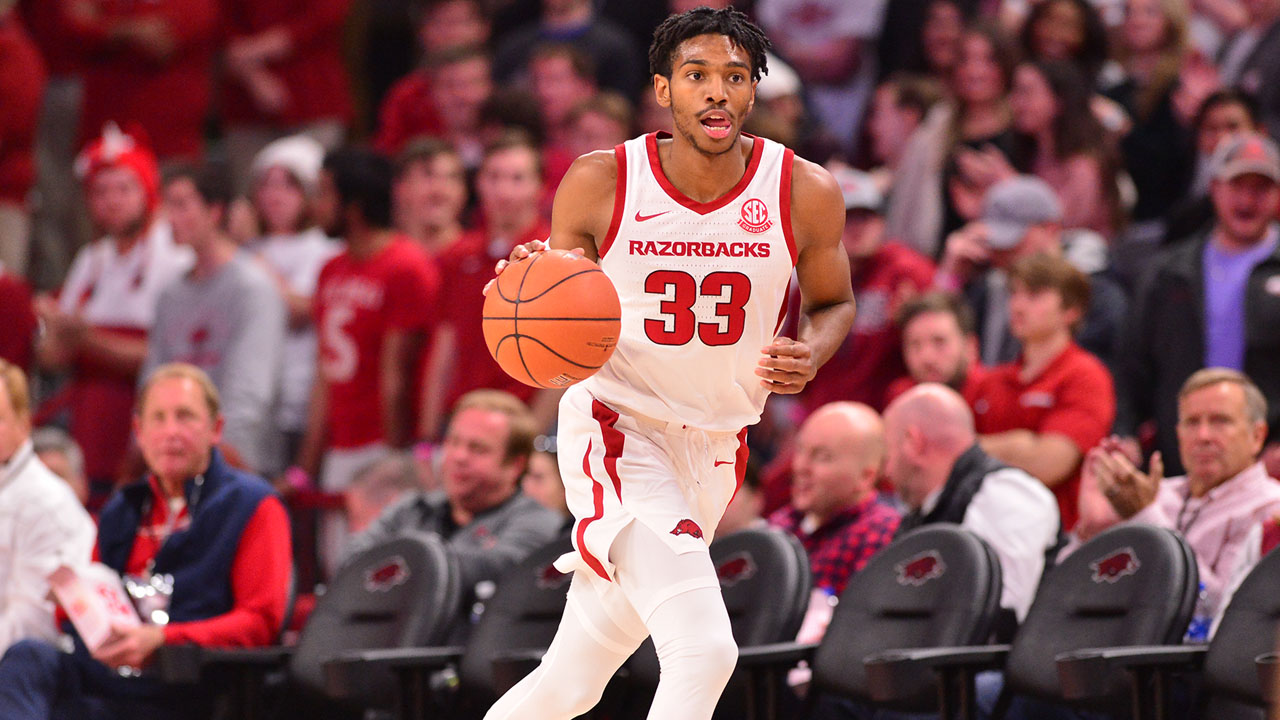 The Razorbacks trailed for the first time this season at halftime, 33-28, but opened the second half with a 12-2 run to take a lead. With 9:31 left in the second half, WKU briefly regained the momentum on a Carson Williams layup only to see Isaiah Joe answer with a 3-pointer.

The teams traded fouls and Arkansas was up five (73-68) with 36 seconds left after a pair of free throws by Jones. Western Kentucky answered with two free throws to make it a three-point game. Joe was called for a charge on the ensuing inbounds play. Jared Savage drained a 3-pointer in the right corner with 29 seconds left to tie the game, 73-73. Jones’ final shot at the buzzer missed to force overtime.

In overtime, Western Kentucky was up three (82-79) after a Whitt free throw with 57 seconds left. Arkansas got a stop on the defensive end but turned the ball back over. Savage sank two free throws with 18 seconds left for a five-point lead and, after a Razorback turnover, the Hilltoppers got a break-away dunk with six seconds left to provide the final score, 860-79.

Tavelon Hollingsworth posted a game-high 23 points and six assists to lead the Hilltoppers.

Arkansas returns home to host Tulsa next Saturday (Dec. 14). Tip-off at Bud Walton Arena is set for 12:30 pm and the game will be telecast on ESPNU.

Isaiah Joe Drills Three to Give Lead Back to Hogs