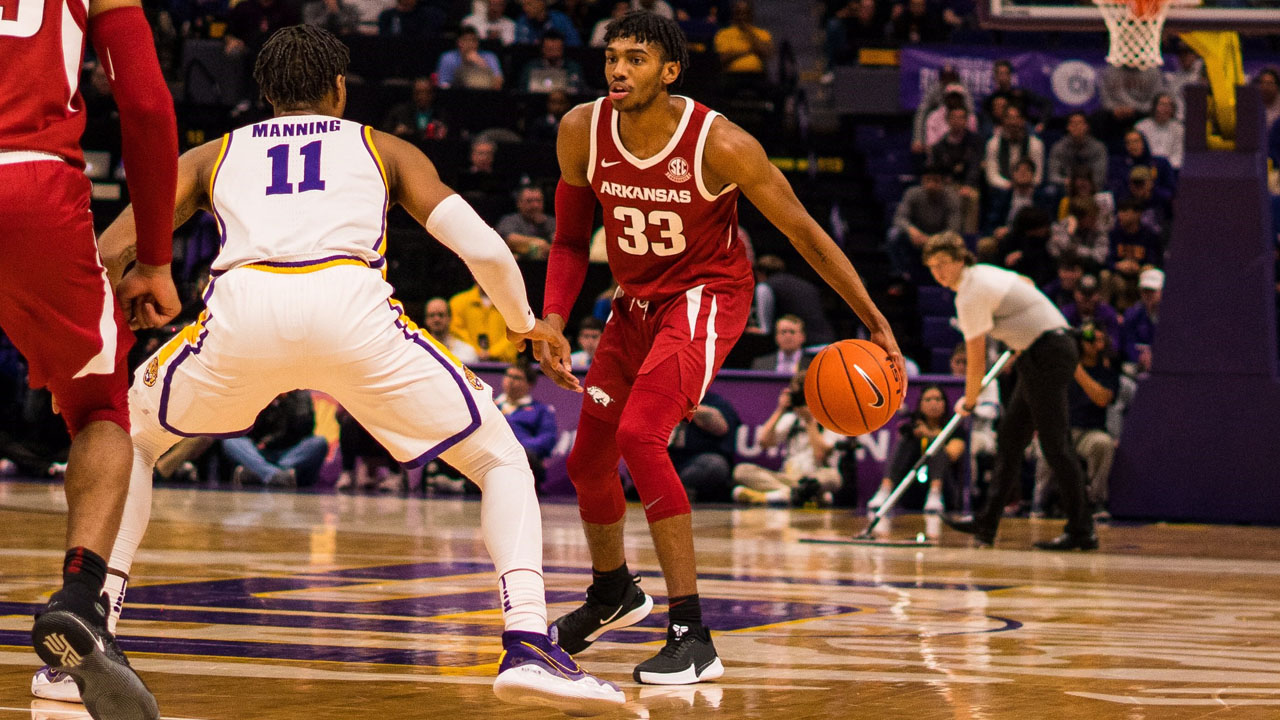 LSU Pulls Out 79-77 Victory over Razorbacks

BATON ROUGE, La. – In a game that featured 19 lead changes – including eight inside the final five minutes – LSU’s old-fashion 3-point play with eight seconds left proved to be the difference in a 79-77 victory over Arkansas Wednesday night at the Pete Maravich Assembly Center.

Arkansas ended a 4:12 scoring drought when Jimmy Whitt Jr., hit a jumper in the lane with 38 seconds left to give Arkansas a 74-73 lead. LSU answered with an old-fashion 3-point play by Trendon Watford to go up two, 76-74, with 32 ticks left. Isaiah Joe came right back with an “and-one” of his own and a one-point Razorback lead with 21 seconds remaining.

Adrio Bailey blocked the first Tigers shot attempt with 12 seconds left. However, the ball went out of bounds and LSU retained possession. LSU then got the ball to Watford, who converted the third old-fashion three-point play in three possessions for a two-point advantage.

Arkansas’ final shot attempt was blocked to give LSU to win.

Statistically, Arkansas was dominated in several key categories but used its tough defense and resiliency to stay in the game.

Watford finished with 21 points and eight rebounds to lead the Tigers. Skylar Mays added 19 points while Darius Days had a double-double (16 points and 16 rebounds).

Arkansas stays on the road to face Ole Miss Saturday (Jan. 11). Tipoff is set for 5 pm and the game will be telecast on the SEC Network.