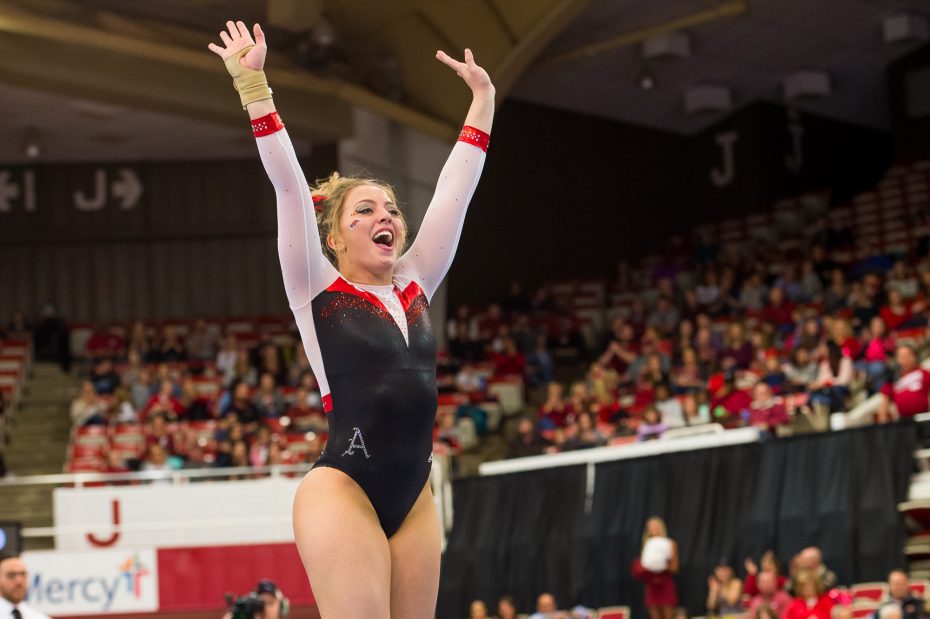 ATHENS, Ga. – Sydney McGlone won the balance beam individual title and led the Razorbacks on vault and floor exercise in the Razorbacks’ SEC road opener. Despite a strong finish, the Arkansas gymnastics team fell to No. 16 Georgia 196.225-195.025 on Friday night in Stegeman Coliseum.

The Razorbacks closed strong on balance beam, setting a season high with a 49.000 in the final event of the night. In addition to McGlone, who won the individual title, Nelson scored a 9.800 and Kirby Rathjen scored a 9.825.

Arkansas continues its six-week stretch against SEC competition, returning home to host No. 4 Alabama on Friday, Jan. 27 at 7:30 p.m. It’s the first of three home meets in the next four weeks at Barnhill Arena, which also includes No. 2 LSU on Feb. 10 and No. 3 Florida on Feb. 17.