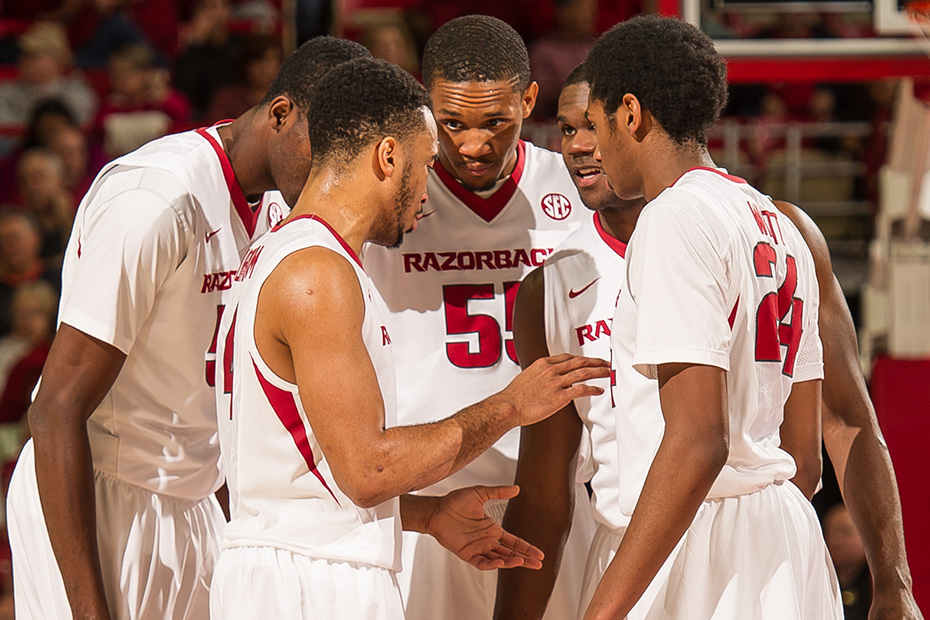 •  So far this season, CSU has already played two premier opponents on the road. The Bucs lost at Wichita State, 88-63, to open the season, then fell to the Stanford Cardinal, 93-59, in preliminary action of the NIT Season Tip-Off. CSU followed those two losses up with a 97-65 win over Johnson & Wales in the team’s home opener on Wednesday night to climb to 1-2.

•  Head coach Barclay Radebaugh is in his 11th year at CSU. He’s the seventh-winningest coach in Big South history and one of eight coaches to win multiple Big South Coach of the Year awards. Last year’s 19 overall wins and 13 victories in conference play were both program records as the Bucs captured their second regular-season title in the last three seasons. Before coming to Charleston, Radebaugh was an assistant coach at Miami (Fla.) for one year.

#Fastest40 Facts
•  Arkansas is playing in its fourth NIT Season Tip-Off in school history, holding a 5-4 all-time record in the tournament, including a 4-3 mark in Fayetteville.

•  Arkansas is 40-2 (.952) in non-conference games in Bud Walton Arena under head coach Mike Anderson, with the only losses coming to Syracuse in 2012-13 and Akron on Wednesday night.

•  Dating back to last season, Arkansas has won six straight games following a loss, posting victories by an average of 9.2 points per game.

•  The Razorbacks are 1-0 all time against Charleston Southern, knocking off the Bucs 74-55 in 1984. Arkansas is 8-0 in program history against the Big South Conference.

•  Moses Kingsley is the first Arkansas player in six years to open the season with consecutive double-doubles.

•  A Kingsley double-double against Charleston Southern would make him the first Razorback in 19 years to open the year with three consecutive double-doubles. The last player to accomplish the feat was Derek Hood in 1996-97.