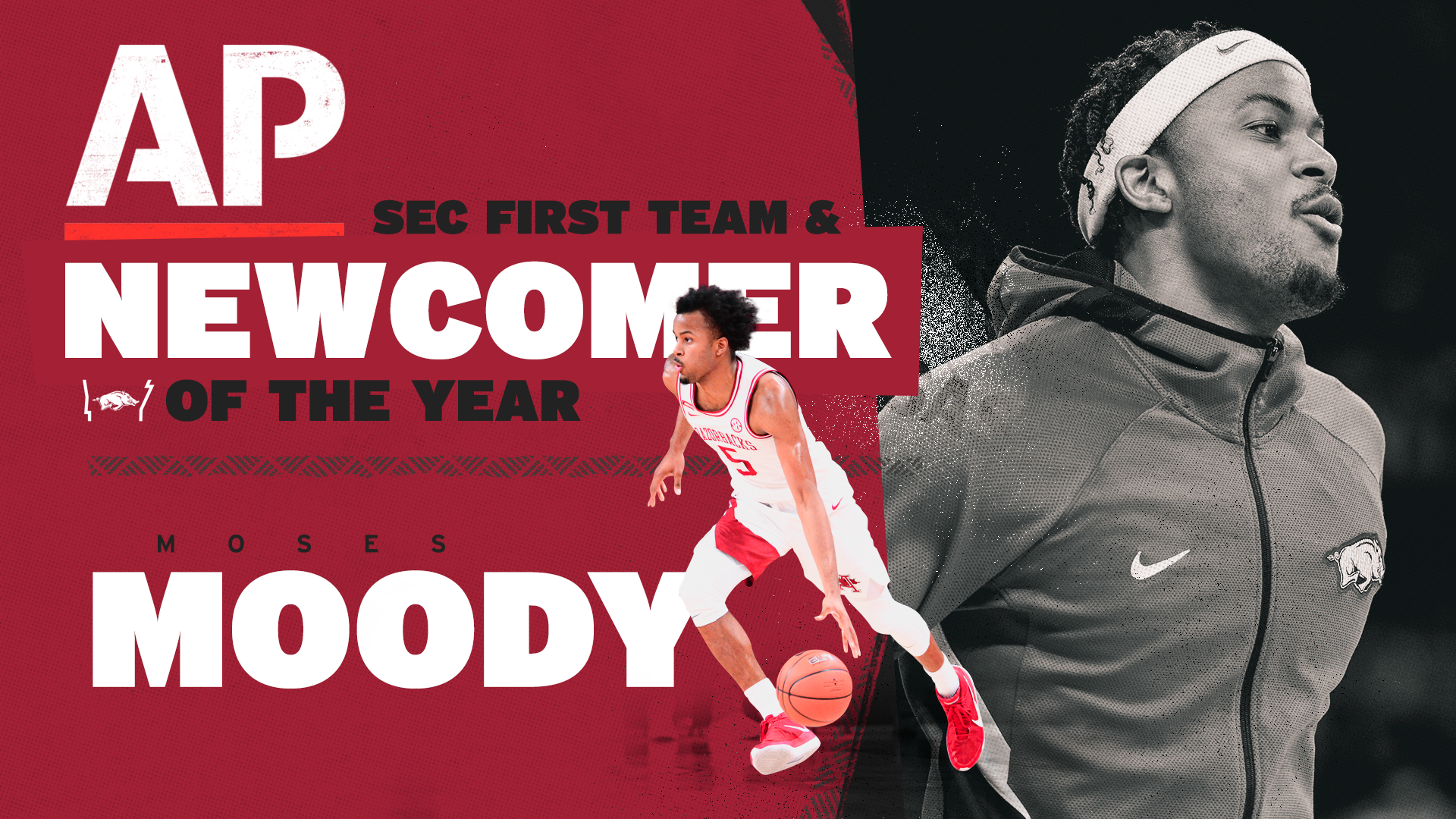 FAYETTEVILLE – Arkansas guard Moses Moody added to his honors list as he was named the Associated Press SEC Newcomer of the Year and first team All-SEC, as voted by the league’s media.