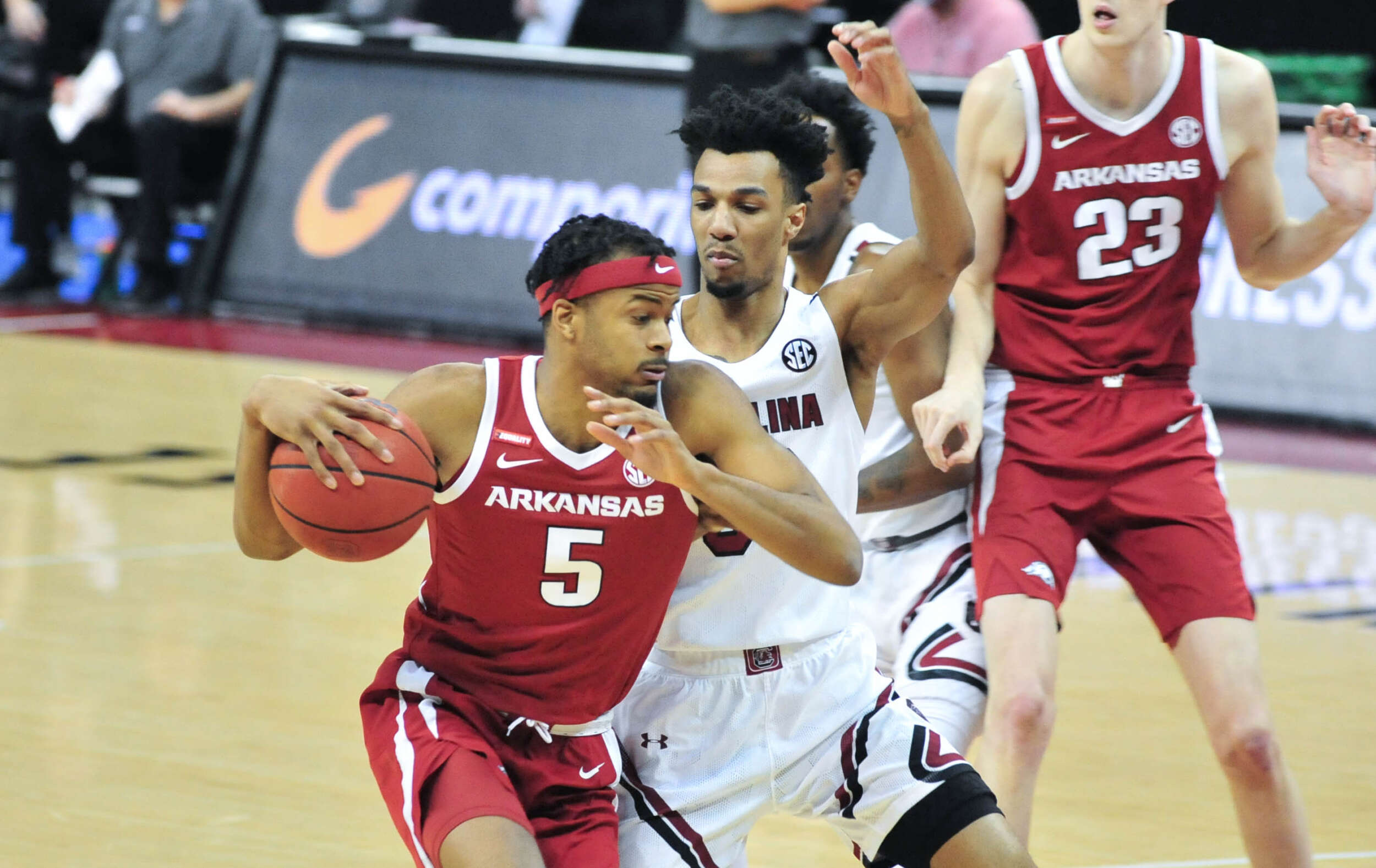 FAYETTEVILLE – Arkansas guard Moses Moody scored 28 points in both wins – at South Carolina and versus Texas A&M – to earn SEC Freshman of the Week honors for the second straight week and third time this season. He shared the honor this week with LSU’s Cameron Thomas.

Moody helped Arkansas win its 11th straight SEC game – the best streak in the SEC this year and the program’s best streak since winning the final 11 regular-season SEC games of 1993-94. He tied his career high by scoring 28 points in both wins while shooting 63 percent from the field and 52.9 percent from 3-point range (tying his career-high with four triples at USC only to top it with five versus Texas A&M) while playing 70 minutes with zero turnovers.

In addition to his impressive offensive performance, he made a key defensive play late in the Texas A&M game for his only blocked shot of the week.

At South Carolina (and in a pandemic-shortened season), Moody made his 117th free throw to break the school’s freshman record for free throws made. Kareem Reid previously set the mark with 116 in 1995-96 (33 games). Moody has now made 128 free throws through 26 games.

Moses Moody Highlights from the Week