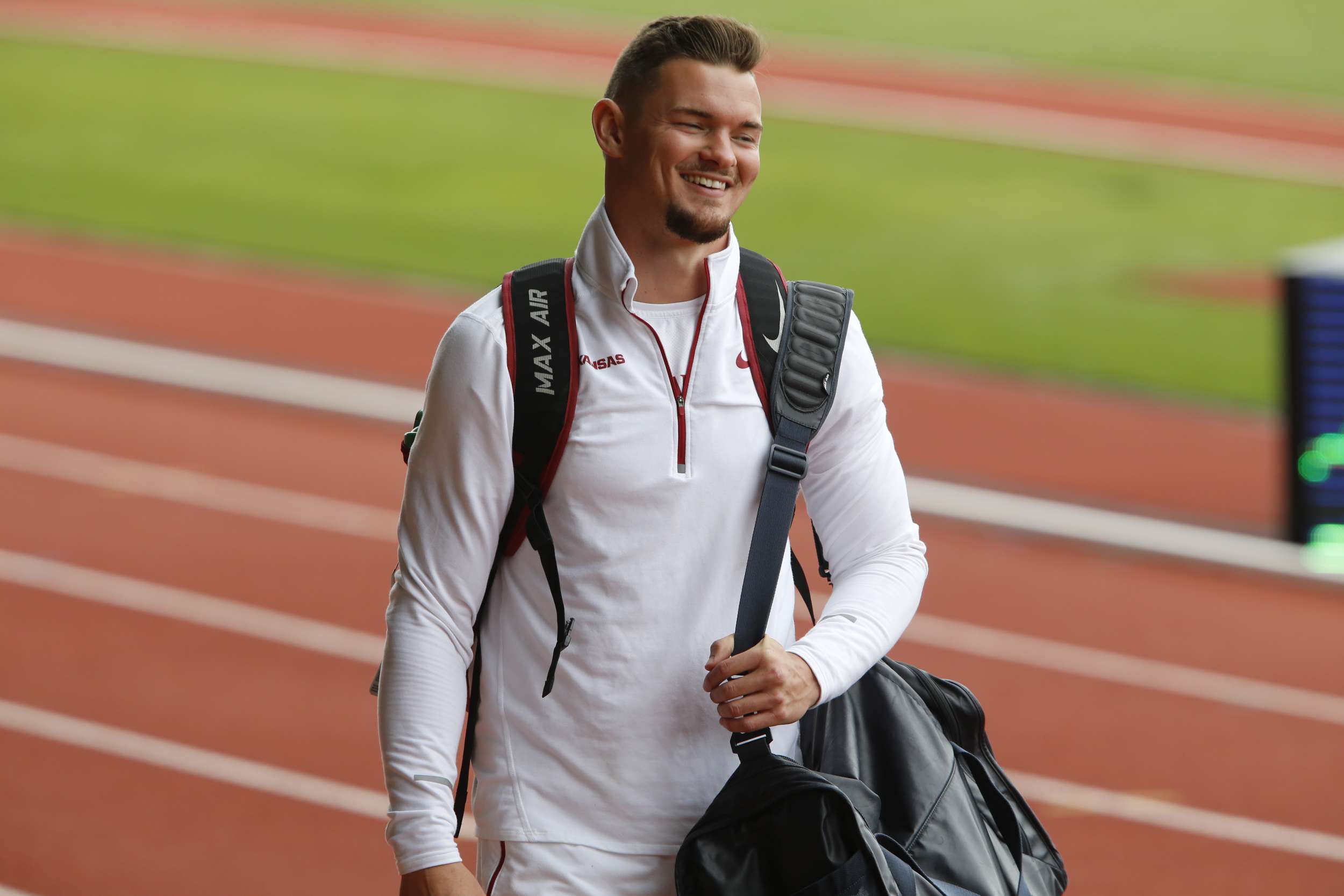 Moore Set To Compete For Team USA at Thorpe Cup

This is the 26th of a series of annual international team decathlons between the United States and Germany. The U.S. men’s team holds a 14-11 W-L advantage, but the German team has won eight of the most recent matches since 2010.

This will be the second appearance for Moore at the Thorpe Cup following his debut in 2017 where he finished fourth. Moore wrapped up his NCAA eligibility this past June where the Freeport, Fla. native finished third in the Decathlon, following a runner-up finish indoors in the Heptathlon at the NCAA Championships in Birmingham, Ala. Moore is currently No. 2 in program history in the Decathlon and No. 3 indoors in the Heptathlon. Moore holds a lifetime-best of 7,901-pts set in 2018 at the SEC Outdoor Championships in Knoxville, Tenn.

HISTORY OF THE THORPE CUP
Currently the world’s most important nation vs. nation team decathlon, this meet has been variously called the VISA CUP Meet or the JEEP Challenge. In 2007, the event officially took the name of The Thorpe Cup in honor of 1912 Olympic Decathlon Champion Jim Thorpe, of Carlisle, Pa.

The concept of an annual team match was initially conceived by VISA-USA team coach Harry Marra and Team Zehnkampf coach Claus Marek in 1993.

In the current series, the first meeting was arranged in Aachen, Germany in 1993 where Stefan Schmid of Germany and the VISA USA team were victorious. The U.S. team won six of the initial seven team battles. In 1999, the event hosted in Aachen was decided by a mere five points. Three years earlier in Edwardsville, Ill., the U.S. squad set a world five-man team record averaging 8121.4 points per man.

This meet has been the proving ground for many notable Olympians. All told, 15 Olympic decathletes have competed in the meet (see below). Only Kip Janvrin, Mike Maczey and Tom Pappas have won the individual title more than once.

In the years before the current series, the U.S,. and German decathlon teams met twice: In 1974, Team USA won both with one of their decathletes in Tallinn, Estonia (tri meet: USA/USSR/Germany). Team USA won again in 1983 in Baton Rouge, La. So, counting the two earlier team meetings, the Americans hold a historical 15-9 national team advantage.

Olympians who have appeared in the Dual Meet:

ARKANSAS TIES TO THE THORPE CUP
Current Men’s Assistant Coach Mario Sategna competed in the meet in 1995 and in 1997 where he claimed the meet title.

5-Men-Team-World Record with an average score of 8121,4 Points for each athlete: