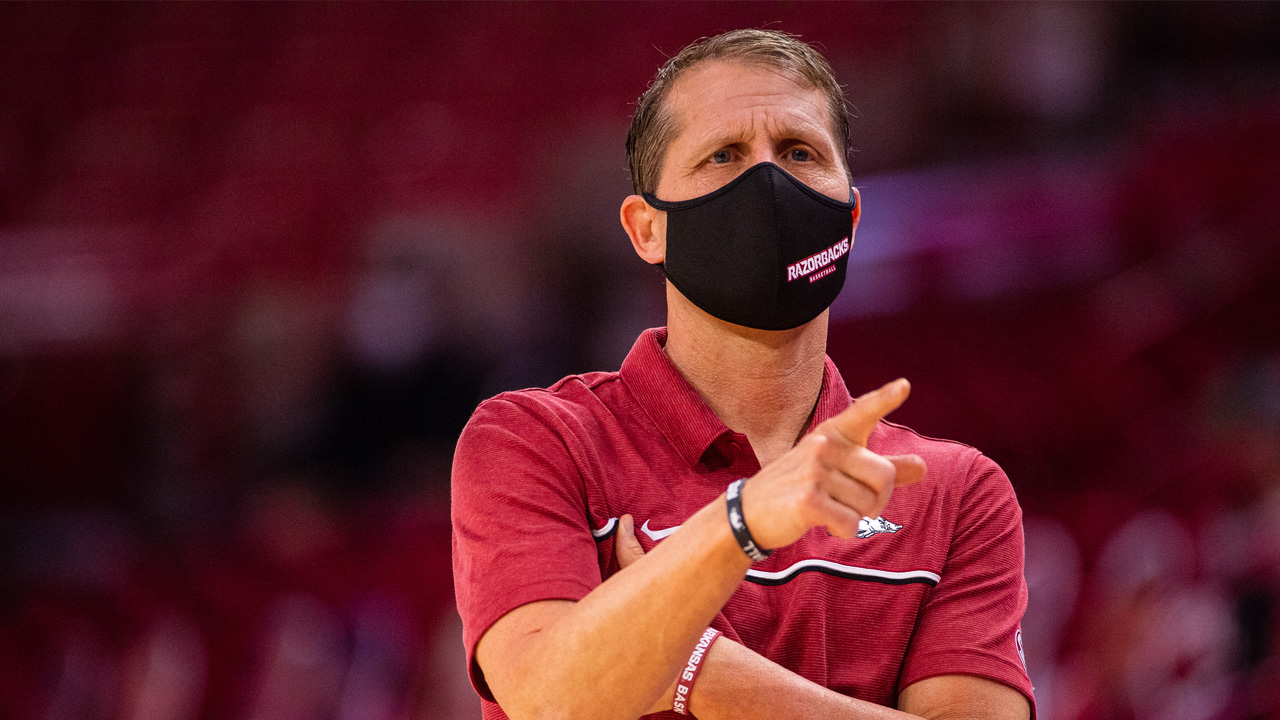 Musselman a National Coach of the Year Semifinalist

Musselman, who is in his second year at Arkansas, led the Razorbacks to a second-place finish in the SEC during the regular season to earn a double-bye to this year’s SEC Tournament. Last year, Arkansas (20-12) was the #11 seed at the SEC Tournament – playing in the opening round of the event. Arkansas was picked to finish sixth in this year’s SEC preseason media poll.