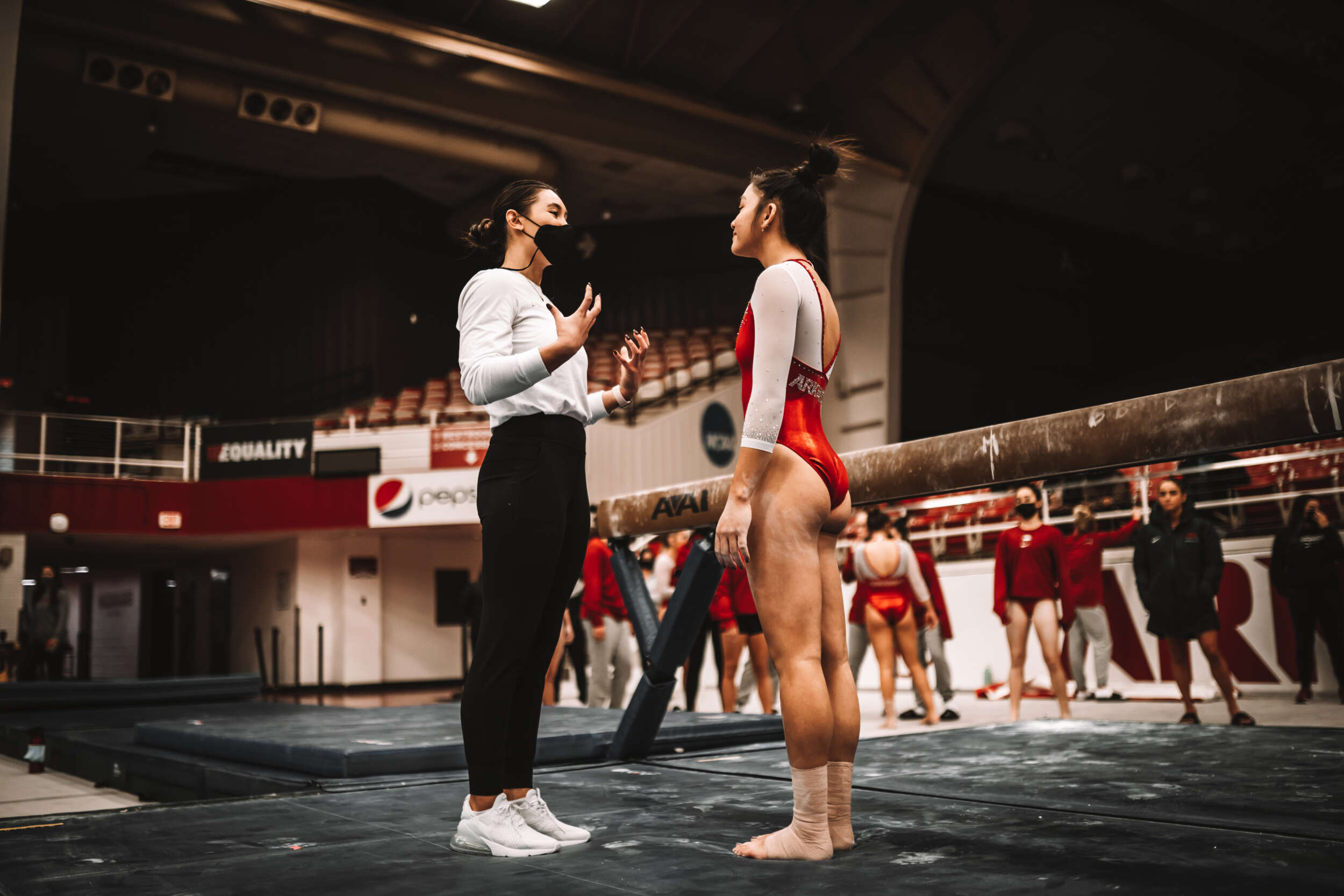 The Gymbacks officially open the competition season back at Barnhill Arena for a dual meet against Ohio State at 7:15 p.m. Friday.

Arkansas comes into the meet with a preseason rank of No. 11, the highest in head coach Jordyn Wieber’s tenure, and Ohio State is ranked No. 22.

The two teams haven’t met since 2018, and it will be just the fourth time in history that the Razorbacks have faced off against the Buckeyes. The past two times have been in the postseason, and Arkansas and Ohio State haven’t had a regular season contest since Jan. 9, 2009. The Gymbacks are 3-0 in the series.

Friday’s meet also marks the return of non-conference action for Arkansas in the regular season, as the 2021 slate was SEC-only.

The Gymbacks’ squad is composed heavily of both under- and upperclassmen with six freshmen and seven seniors and graduate students.

Four-time All-American Kennedy Hambrick returns for her senior year after ending 2021 at the NCAA Championships. Hambrick also became the titleholder for Arkansas’ top program all-around score in history with a 39.750 against Missouri on Feb. 19.

Graduate student Maggie O’Hara is in just her second season with the Gymbacks but has already made history. O’Hara became the program’s first-ever regular season on uneven bars with a national qualifying score of 9.925. She finished in fourth at nationals with a 9.925, the best score by a Gymback in program history at NCAAs, for another All-American honor.

Tickets are still available, and fans are encouraged to purchase in advance online HERE, over the phone (479-575-5151), or at the Razorback Ticket Center.