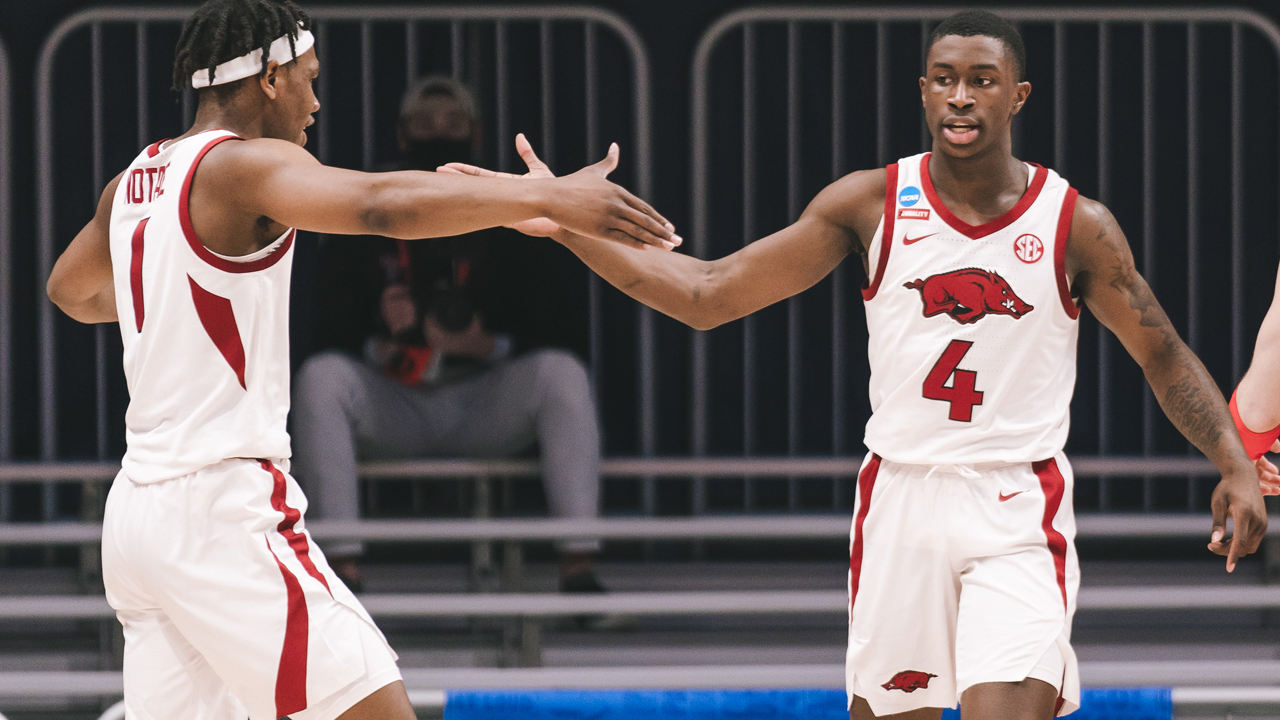 BIRMINGHAM, Ala. – Razorbacks JD Notae and Davonte Davis were voted to the Southeastern Conference’s 18th annual men’s basketball coaches preseason All-SEC first and second teams Tuesday, the league announced as part of its tipoff for the 2021-22 season.

Notae was named to the first team and Davis to the second team.

While Notae was left off the SEC media’s preseason squad, the senior did receive votes by the organization for Preseason SEC Player of the Year.

Davis doubles up in his second team nod as he was additionally named to the media’s preseason All-SEC second team. The Jacksonville product played in 30 games with 17 starts, including each of the last 14. His strong play down the stretch helped Arkansas reach the NCAA Elite Eight as he averaged 12.3 points in the postseason and was second on the team in both rebound average (6.7) and assists (17). Davis hit the game-winning shot versus Oral Roberts with 3.1 seconds in the NCAA Sweet 16.

Alabama, Arkansas, Auburn, Kentucky, LSU and Mississippi State each have multiple selections. In all, 38 different players received votes for the coaches’ teams. The last time Arkansas had two players on the SEC preseason coaches team was 2018-19 when Jaylen Barford and Daryl Macon were both selected to the second team.

The coaches’ preseason All-SEC first and second teams consist of a minimum of eight players on each squad, voted on by the SEC basketball coaches. No ties were broken and no predicted order of finish was made.

Arkansas will face North Texas this Saturday at 4 pm in the Razorbacks’ second and final exhibition game. The game is part of the 2021-22 season basketball ticket package.