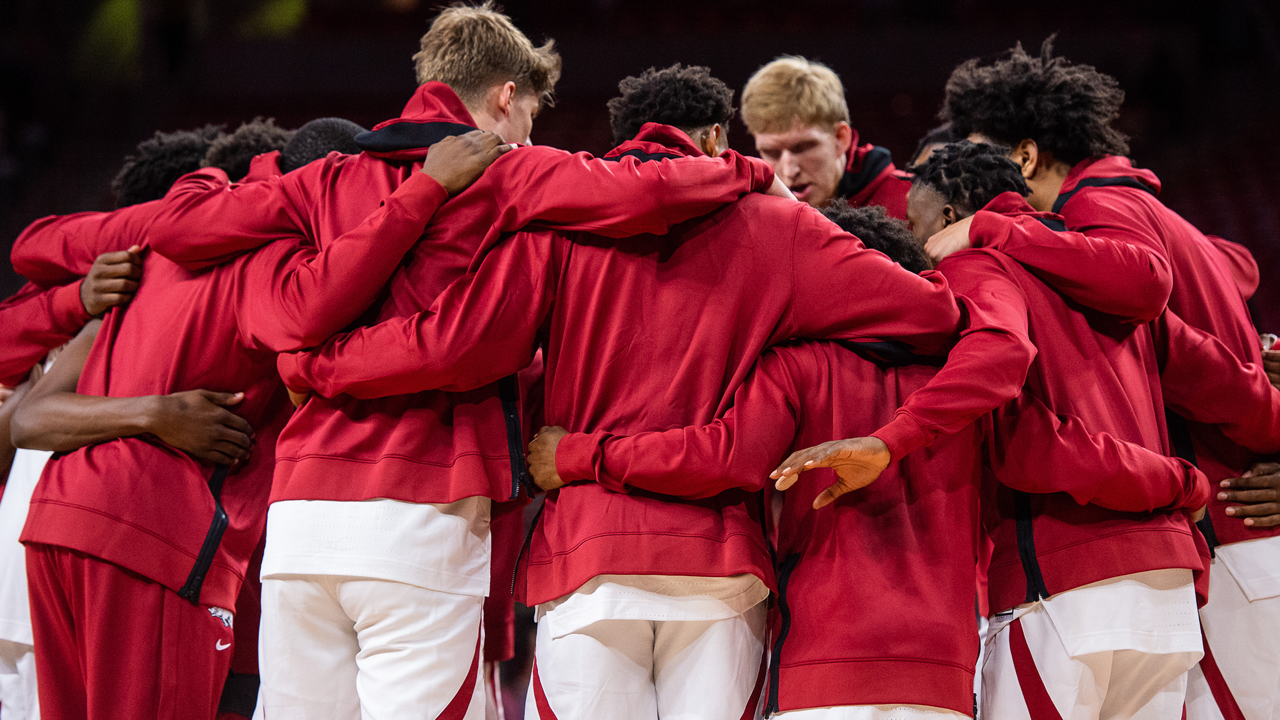 FAYETTEVILLE – Thanks to a 6-0 start and a championship at the Hall of Fame Classic last week, Arkansas returned to top 10 in both the USA Today/Ferris Mowers Coaches poll (#9) and the Associated Press poll (#10).

Arkansas will play the second of its current four-game homestand on Wednesday (Dec 1) versus Central Arkansas. Game time is set for 7 pm (CT). The last time Arkansas hosted a game as the #10 team in the nation by Associated Press was Feb. 18, 1995, versus Ole Miss.

As a reminder, the Eric Musselman Live radio show resumes tonight (Monday – Nov. 29) at Sassy’s BBQ and Grille on Steamboat Drive (off Wedington). Fans are invited to attend, and the show will air from 7-8 pm on the Learfield Razorback Sports Network. To reserve a seat or table at Sassy’s, call 479-435-6996.