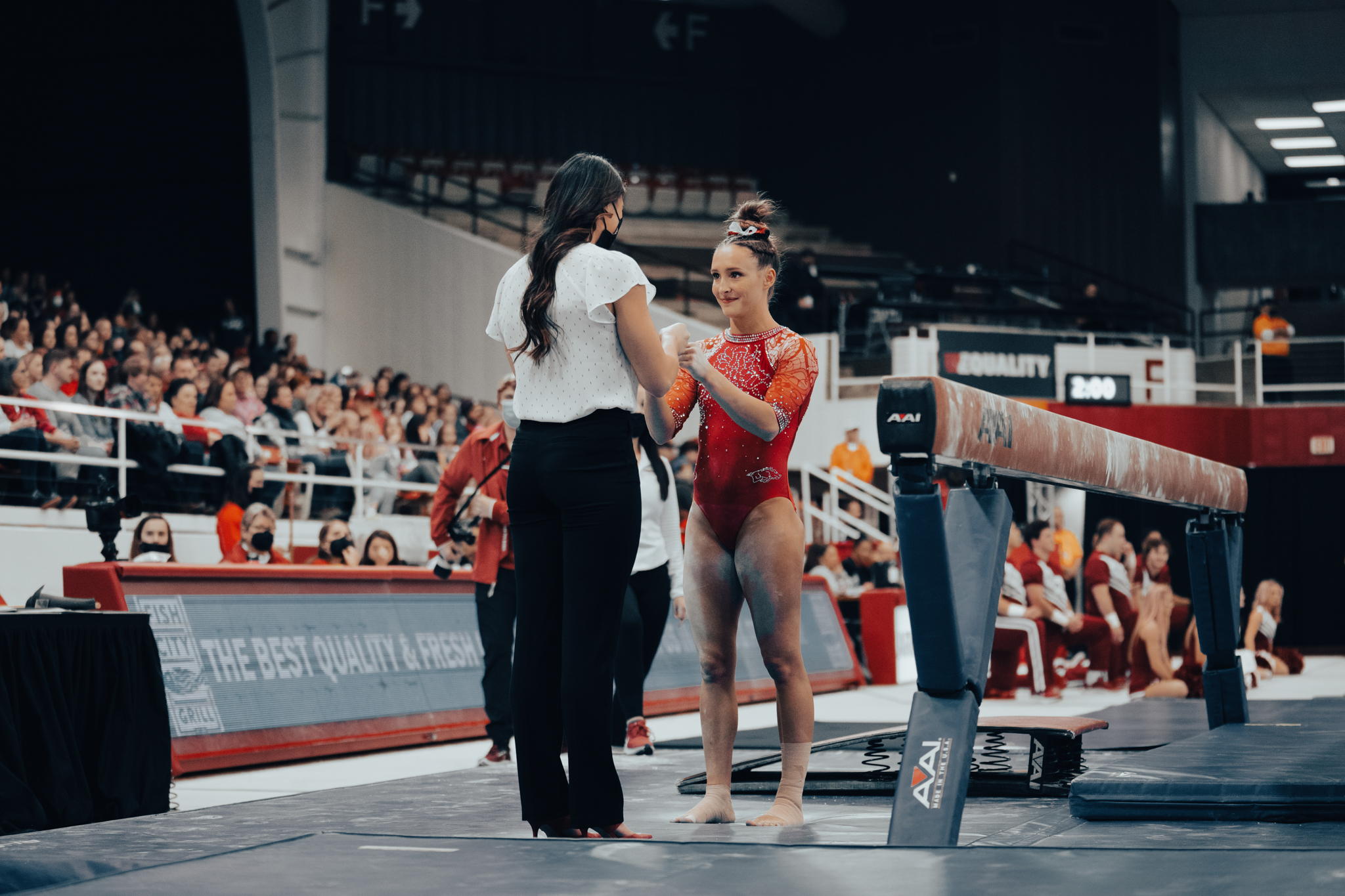 Recap highlights of the 2022 season with the Gymbacks in the Razorback Review, starting with achievements on balance beam.

New Program Record
Under the guidance of Olympic gold medalist and NCAA and elite beam champion Kyla Ross, the Gymbacks re-wrote the record books on Jan. 28 with a new program record on beam. The Gymbacks posted a 49.475 on the event against the Florida Gators in Gainesville and counted four of five scores over 9.9. Seniors Bailey Lovett, Kennedy Hambrick and Amanda Elswick all earned a share of third place with 9.925 marks.

Six Beam Titles
Arkansas captured at least a share of a beam title six times over the team’s 10 regular season meets. Elswick and Hambrick both took the top spot on the event twice, while Lovett and Smith did once each.

Beam was Arkansas’ strongest event several weeks throughout the season. The Gymbacks posted a final ranking of 16th, a high ranking of 8th, and fell within the top 10 as a team for four straight weeks in January and February. Hambrick and Elswick led the way, with rankings as high as 7th and 18th in the country, respectively.

Grace personified. Unmatched skill.@ken_gymnast with a 9.975 in the fifth spot! pic.twitter.com/DdeHNqbx5P

How 'bout a career high to end the night? @lilwicky519 will take that challenge.

She scores a 9.950 to match her personal best and clinches her second beam title in as many weeks! pic.twitter.com/6iawJF4sgK