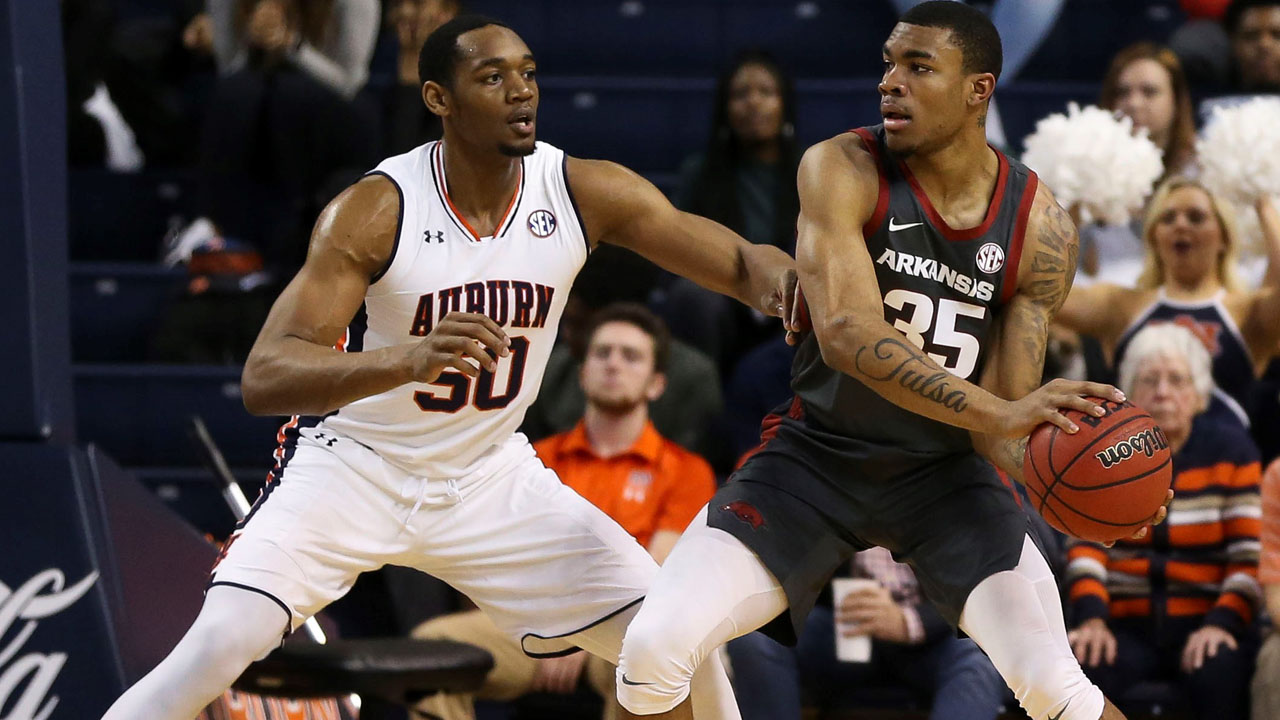 The Tigers made first 5-of-their-first-6 from 3-point range and took a 22-1 lead to start the game. On the other end, Arkansas missed its first eight shots from the field until Gabe Osabuohien hit a jumper at the elbow at 12:57. Auburn ultimately built a 30-point lead and took a 45-20 lead into the locker room at halftime.

Arkansas showed some fight in the second half, out-scoring the Tigers 36-34, and committing just four turnovers while going 12-of-18 at the free throw line.

Arkansas’ Isaiah Joe launched freely in a battle of the SEC’s two most prolific 3-point shooters, himself and Brown. Joe scored 14 points and made 4-of-14 3’s.

Daniel Gafford had 10 points and eight rebounds for the Razorbacks.

Arkansas returns to Bud Walton Arena this Saturday (Feb. 23) to host the Texas A&M Aggies. Tip-off is set for 7:30 pm.