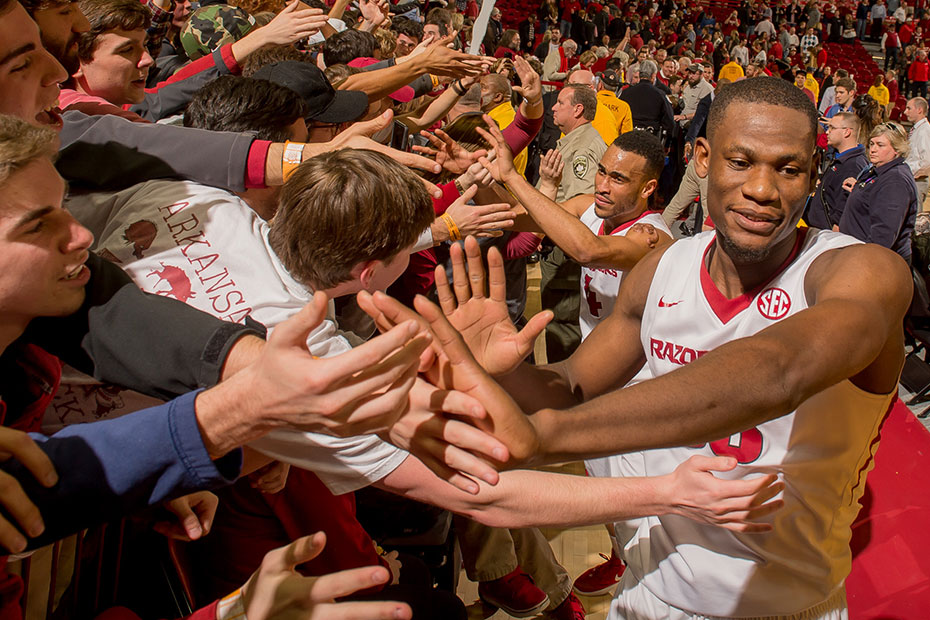 FAYETTEVILLE, Ark. – The Arkansas men’s basketball team continued its mainstay among the national leaders in attendance in 2015-16, averaging 14,879 fans per game to rank No. 12 in the country according to the figures released by the NCAA on Wednesday.

The Razorbacks have ranked in the top 15 in national attendance 18 times during the last 23 years and have been in the top 30 every year since Bud Walton Arena opened for the 1993-94 season.

Arkansas has turned BWA into one of the most dynamic home court advantages in the country, posting a 317-74 (.810) record since the building opened, including a 134-54 (.712) mark in Southeastern Conference play.

Since head coach Mike Anderson took over the program and implemented his #Fastest40 style of play prior to the 2011-12 season, the Razorbacks have a remarkable 80-12 record at home, good for an 86.9 winning percentage.

Arkansas finished second in the league for attendance as 267,825 tickets were sold for 18 games to finish only behind nation-leading Kentucky. The SEC posted the second-highest attendance figures among the 32 NCAA Division I conference, edging out the ACC and Big 12.

Arkansas returns three of its top four scorers from a year ago and welcomes a dynamic recruiting class for 2016-17 that features three of the top six junior college players in the country and three high school standouts.