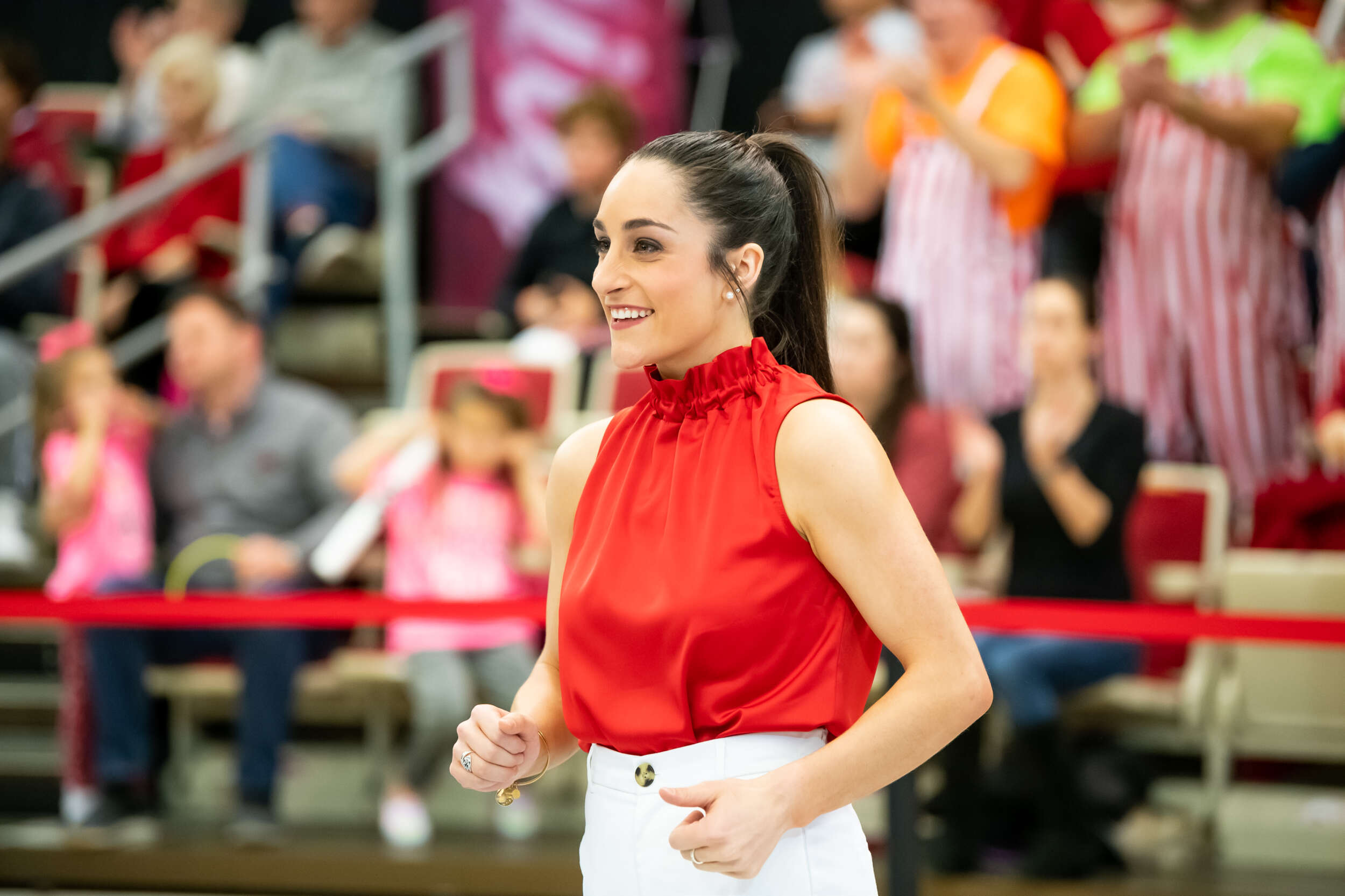 Razorbacks Look Back on Rewarding 2020 Season

FAYETTEVILLE – The University of Arkansas gymnastics team closed the door on its 2020 season on Friday afternoon and now looks back at a championship campaign that Razorback nation can be proud of. The first year under head coach Jordyn Wieber was memorable to say the least, full of record-breaking crowds and record-breaking performances.

“Although we are disappointed that the season was ended early, I am so proud of all that our team has accomplished this year. They have grown as athletes, as a team, and individuals. I am so proud of that growth and we are already looking forward to next year.”

Arkansas hosted No.3 Denver for the first home meet of the Wieber era on Jan.17. Gymback fans from all over the nation huddled together in Barnhill Arena, packing the stands for a record crowd of 6,714 fans.

It’s thanks to Arkansas’ loyal fan base that the Razorbacks finished ninth in the nation for average attendance. It is the ninth time Arkansas finished the season ranked in the top-10 for attendance.

The fans were to thank for so much of Arkansas’ success at home. In fact, with the Hog Calls echoing through Barnhill Arena, Arkansas scored a 49.00 or higher in 14 of 16 events over the course of four home meets, nearly 90% of all events.

Arkansas continued to refine its craft week after week, they ranked as high as fourth in the nation during week four and finished the season ninth in the nation. The Razorbacks were among the top five in the nation for weeks six through eight, it was just the second time in Arkansas history that the Gymbacks were ranked in the top five on the floor for three consecutive weeks.

It was against No. 13 Kentucky on Jan. 24 that Arkansas scored a 49.525 on the floor, the second-highest event total in program history and the highest on floor since 2015.

Sophomore Kennedy Hambrick set-off what would be three-straight floor performances of 9.925 on that night against the Wildcats. Hambrick’s spunky personality shined in her routine, as she won over the hearts of all those that watched. Hambrick won her first floor title of her career against No. 13 Kentucky and would go on to win three more before the season was over.

The Razorbacks’ success on the floor helped them lock in back-to-back SEC wins against No. 20 Missouri and No. 10 Georgia mid-way through the season. The consecutive wins marked the first time since 2017 that Arkansas won two-straight conference meets and consecutive meets against a ranked opponent.

Junior Sophia Carter garnered the first weekly award for the Gymbacks on Feb. 11 after she helped Arkansas defeat the Bulldogs. Carter was announced as the SEC Co-Specialist of the Week, marking the first time since 2018 and just the fourth time ever that a Razorback was selected for the honor, the award is the second of Carter’s career. She is the only Razorback to win the award twice.

Four Razorbacks finished the season ranked in the top 100 on the floor: Carter, Hambrick, Lovett and redshirt-junior Sarah Shaffer.

Arkansas won 27 event titles through 10 meets. Hambrick finished the season with the most individual titles among the Gymbacks, securing 11 event titles including a team-high four all-around titles.

Redshirt-freshman Bailey Lovett made her first appearance on the floor in Barnhill Arena after missing the 2019 season. She came out showing off her fiery routine, wowing judges and fans alike with the altitude of her skill and sky-high double-layout and won her first career-title with a well-earned 9.950 performance.

Carter also garnered her fair share of titles, finishing the season with nine overall, five on the floor. Carter added her nine to her career count and closes out 2020 with 24 career titles since arriving at Arkansas.

Shaffer’s Yurchenko layout half was the highlight of the vault rotation for Arkansas at TWU, earning a perfect score from one judge, Shaffer finished with a career-high 9.925 on the apparatus. It’s the highest score on the vault since 2018 when Braie Speed posted the same score at No. 5 Florida.

Arkansas saw six Gymbacks wrap up the season ranked in the top 100 by Road to Nationals in at least one event, with four Hogs finishing with multiple top 100 rankings.

One of those four Razorbacks is Carter, who garnered the highest individual ranking among the Gymbacks as the anchor in the floor rotation, consistently putting on a strong performance and finishing the season ranked 11th in the nation on the floor.

Arkansas was led by three all-around competitors, each who landed in the top 50, Hambrick, freshman Kiara Gianfagna and senior Jessica Yamzon. Whether they were competing for the first time or competing for the last, they all gave it everything they had on every event, every meet this year.

As the 2020 season sits in our rearview, we look back at the careers of seniors Jessica Yamzon, Hailey Garner and Gymback turned student-manager, Kirby Rathjen. This trio has dedicated the last four years to Arkansas and for that, we will be eternally grateful.