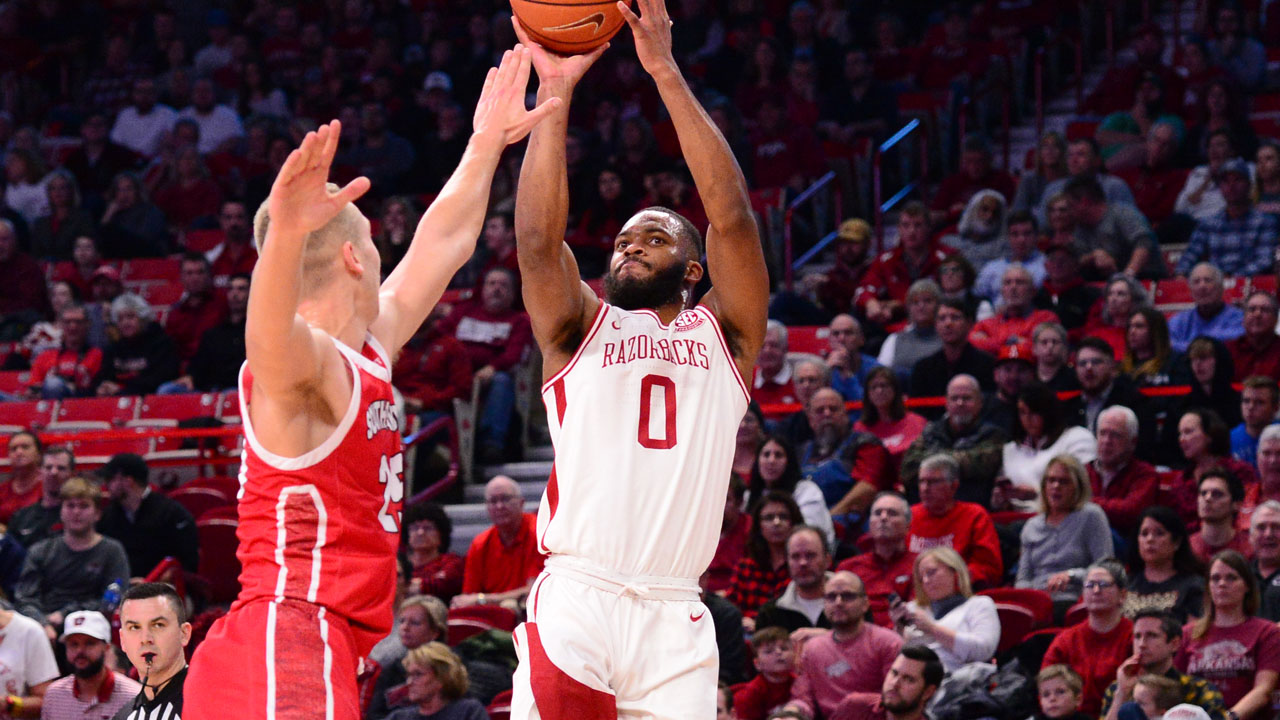 FAYETTEVILLE – Arkansas held the NCAA’s leading 3-point shooting team to 25 percent from beyond the arc and graduate senior Jimmy Whitt Jr., tied a career high with 24 points while adding seen rebounds to lead the Razorbacks (5-0) to a 77-56 victory over South Dakota (5-1) Friday night at Bud Walton Arena in the teams’ third game of the Collegiate Hoops Roadshow, presented by AtmosAir.

Whitt was 11-of-14 from the field and 2-of-3 from the free throw line. He set an Arkansas record for most points by a guard in the 3-point era without attempting a 3-pointer (@HogStats.com – the previous mark was 23 points by Corey Beck versus Jackson State on Dec. 18, 1993). Whitt led the Razorbacks with 10 first-half points. In the second half, South Dakota cut its deficit to 10 twice before Whitt answered on the other end each time, the second to start a 13-0 run to seal the win.

South Dakota entered the game shooting 51.1 percent (47-of-92) from 3-point range and making 9.4 triples per game. The Razorbacks entered the game third in the NCAA in 3-point field goal defense (11.6 percent). The Coyotes were the first team to make as many as three 3-pinters in a game versus the Razorbacks, who have now held opponents to just 11-of-81 (13.6 percent).

Arkansas hits the road for the first time this season to face Georgia Tech on Monday (Nov. 25). Tipoff at Tech’s McCamish Pavilion is set for 7 pm (ET)/6 pm (CT) and the game will be telecast on the ACC Network.

Chaney finishes the dunk for two of his six total points.