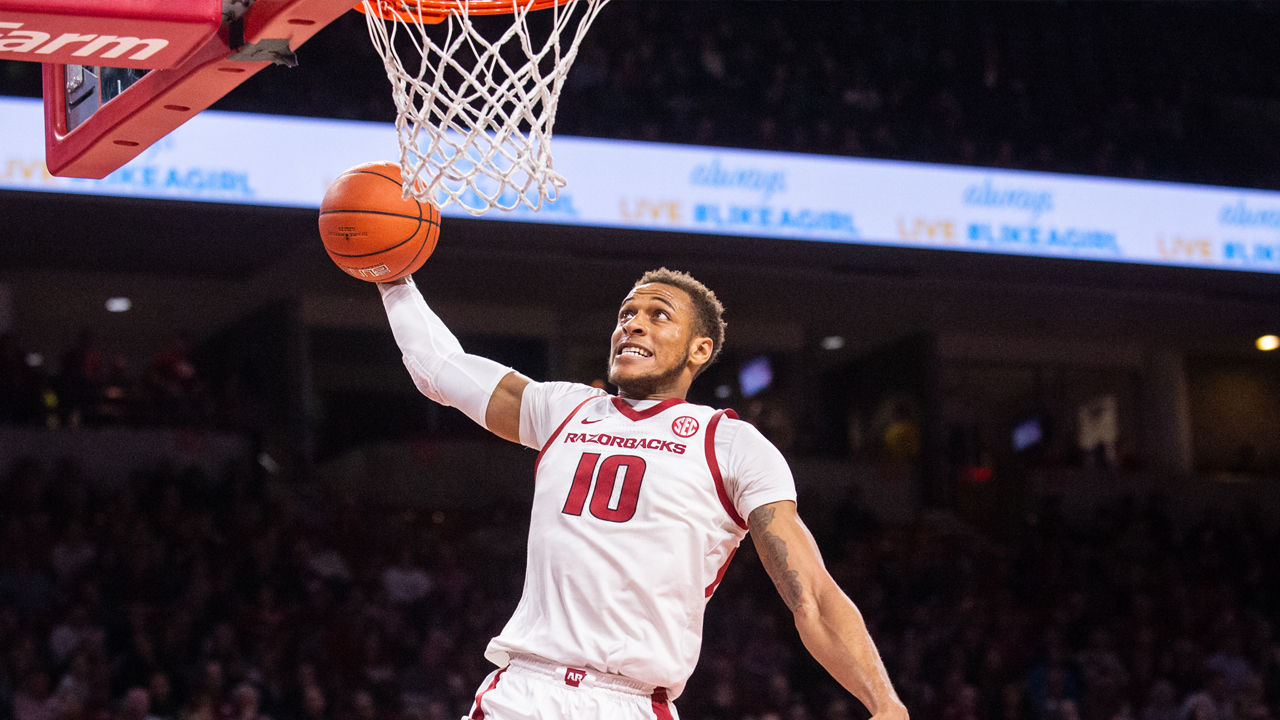 NASHVILLE, Tenn. – Isaiah Joe made 3-pointers on back-to-back possessions in the second half to become the school’s single-season leader, now with 104, while Daniel Gafford scored a game-high 20 points to lead Arkansas to an 84-48 victory at Vanderbilt Wednesday night at Memorial Gymnasium.

Joe broke the mark current Razorback assistant coach Scotty Thurman set in 1995 with 102 3-pointers. Joe also ranks second on the SEC single-season list for 3’s made by a freshman (Kentucky’s Jamal Murray owns the record with 113 in 2016) and Joe only needs five more 3’s to enter the NCAA all-time top six for 3-pointers made in a season by a freshman.

The 36-point win ties for the second-largest margin of victory by the Razorbacks versus an SEC opponent. (Arkansas defeated Auburn by 36, 95-59, in 2005.) Also, with the win, Arkansas secures a first-round bye at next week’s SEC Tournament. The final seeding will not be determined until the regular-season concludes on Saturday.

To start the second half, Arkansas scored the first nine points of the period as part of a 25-4 run to put the game out of reach.

Arkansas dominated every stat line in the second half, shooting 65.6 percent (30-of-57) from the field, shooting 80 percent (8-of-10) from 3-point range and committing just one turnover versus 13 for the Commodores. Vanderbilt had its worst shooting performance this season. Overall, the Commodores went 17 minutes, 35 seconds between field goals and shot a season-low 29.6 percent.

Aaron Nesmith was the only Commodore in double figures, scoring 11 on 2-of-14 shooting.

Arkansas wraps the 2018-19 regular-season by hosting Alabama on Saturday (March 9). Tip-off at Bud Walton Arena is set for 5 pm.