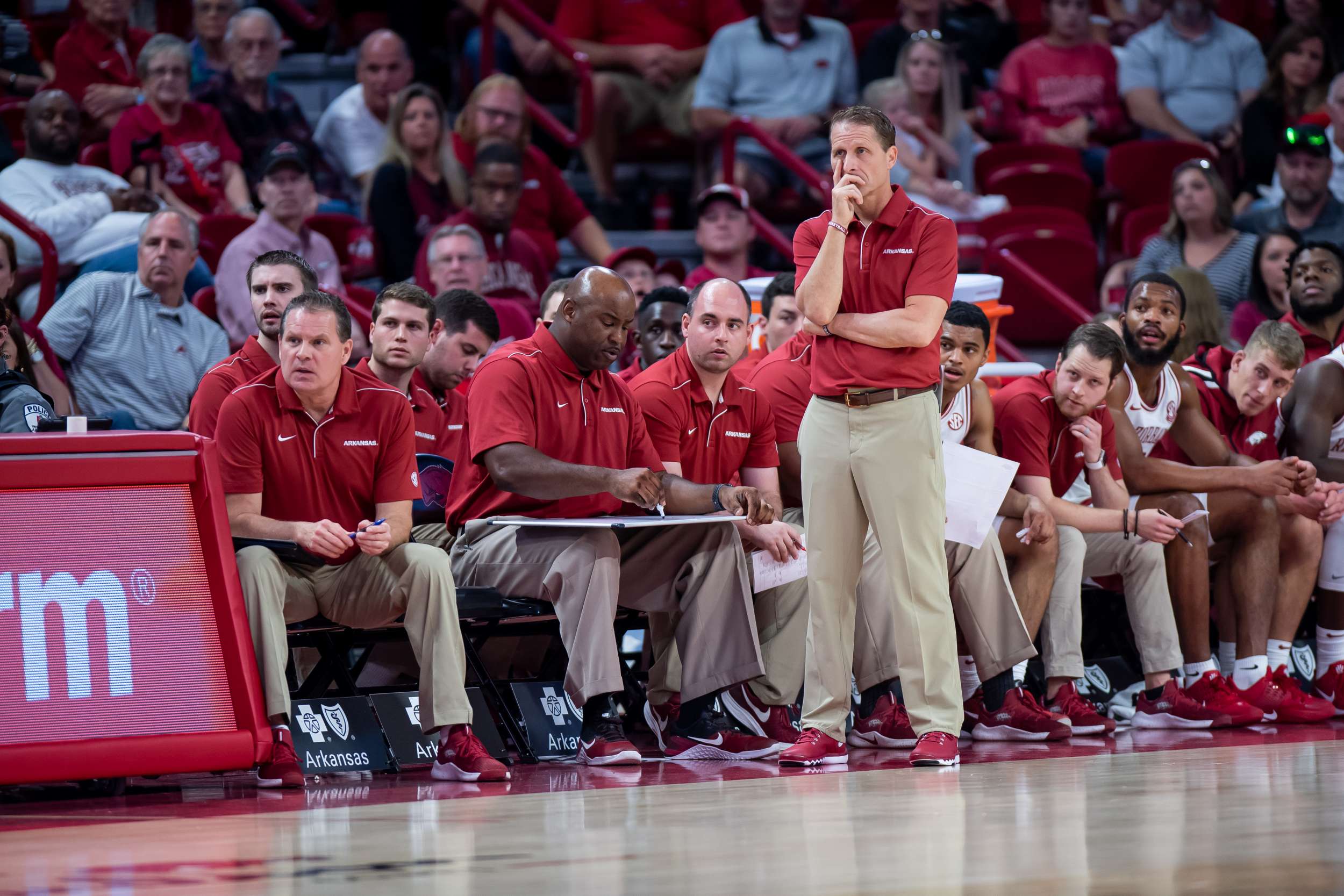 LAS VEGAS – Arkansas fans will have the opportunity to “Call the Hogs” on the Las Vegas Strip when the Razorbacks head west next season for the MGM Resorts Main Event at T-Mobile Arena. The Hogs join previously announced Louisville in the four-team tournament field which will be played on Nov. 20-22 and benefits Coaches vs. Cancer.

“We are excited to be playing in this premier event versus elite programs on a national stage,” said Arkansas coach Eric Musselman. “These are the types of games we look forward to competing in each year. This will be a great opportunity and learning experience for our student-athletes both culturally and athletically. We are also honored to be affiliated with Coaches vs. Cancer and all that great organization represents.”

The tournament will mark the Hogs’ first trip to Las Vegas since 2012. Arkansas’ only other trip to Vegas came in 1989 as the Razorbacks dueled with top-ranked UNLV at the time.

“Arkansas fans are among the most passionate in all of college basketball and we are excited to hear the Hog Call echo throughout T-Mobile Arena,” said bdG Sports President and CEO Brooks Downing. “This event promises to be a great test for all of our participating teams early in the season and the fans will enjoy visiting such a destination location as Las Vegas the weekend before Thanksgiving.”

The other participating teams will be announced in the coming weeks. First-round games will be played on Friday, Nov. 20 with the consolation and championship games tipping on Sunday, Nov. 22. Pairings and game times will be announced later this summer, as well as ticket information. The event benefits Coaches vs. Cancer, an initiative spearheaded by the National Association of Basketball Coaches (www.nabc.com) and the American Cancer Society (www.cancer.org).

Complete tournament information can be found at www.mgmresortsmainevent.com and tournament hotel rates are available now on the site. Rates are available for Aria (tournament headquarters resort), Park MGM, MGM Grand and New York-New York with all four resorts being within a short walking distance to T-Mobile Arena. Arkansas fans are encouraged to follow @VegasMainEvent on Twitter, Instagram and Facebook and use #HogsInVegas.