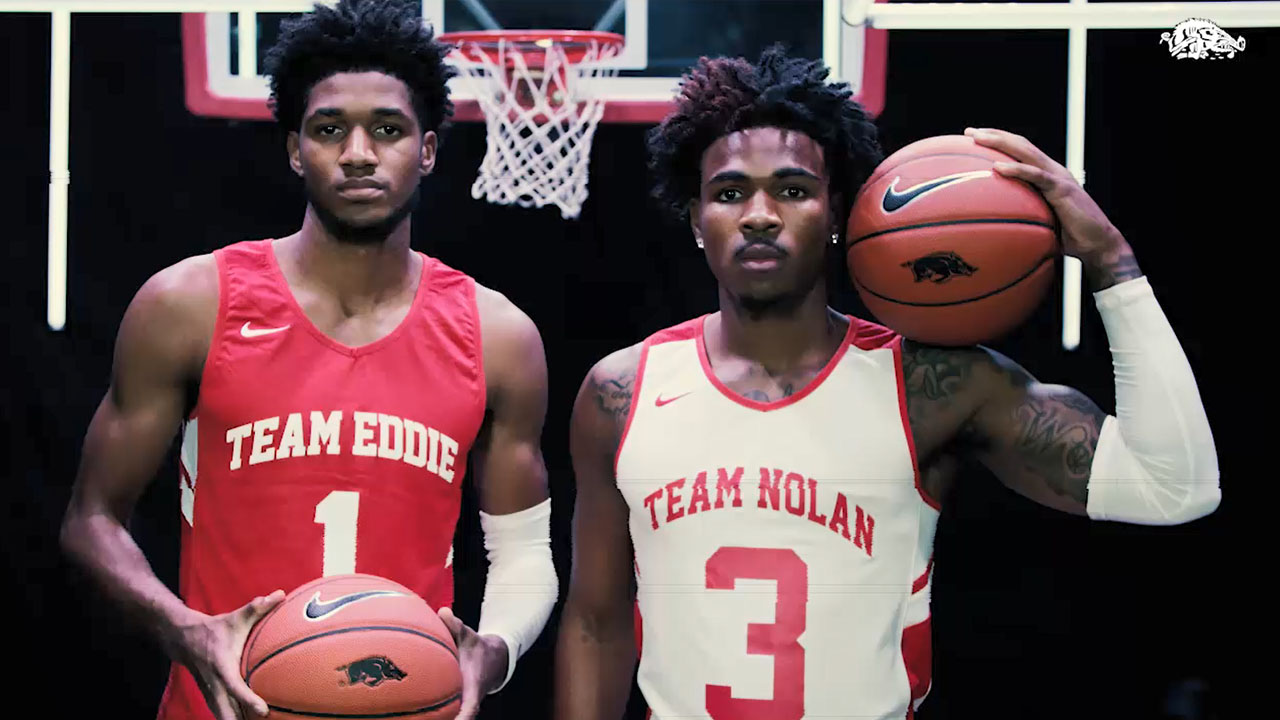 The breakdown of the teams include:

Eddie Sutton was 260-75 (.776) as Arkansas head coach from 1974-85 and led the Razorbacks to nine NCAA Tournament berths in 11 seasons, including the 1978 NCAA Final Four. Sutton was inducted into the College Basketball Hall of Fame in 2011. This past spring, the men’s practice gym in the Basketball Performance Center was named in honor of Coach Sutton.

Nolan Richardson posted a school-record 389 wins with 13 NCAA Tournament appearances. The Razorbacks won the 1994 NCAA Championship, was 1995 NCAA Runner-Up and reached the 1990 NCAA Final Four. Richardson was inducted into the College Basketball Hall of Fame in 2008 and the Naismith Memorial Basketball Hall of Fame in 2014. On Oct. 20, 2019, the University will unveil Nolan Richardson Court at Bud Walton Arena prior to the Razorbacks exhibition game with Arkansas-Little Rock.

Free and open to the public, the Red-White Game at Barnhill Arena will begin at 3 pm with doors to the arena opening at 1:30 pm. Seating will be on a first-come, first-served general admission basis. Parking is free as well. (See below for suggested lots.)  ADA parking is available for those with a state-issued ADA hangtag in Lots 59 and 67. These lots are accessible from Meadow Street ADA drop off is also available in that location for those without a hangtag.

Fans are encouraged to join the Razorback coaching staff who will wear Razorback gear from the 1980’s, honoring both coaches roamed the sidelines during that decade. Fans can also wear 80’s-themed clothes.

The game itself will be four, eight-minute quarters with a seven-minute halftime. Players may switch teams if needed during the game. There will be concessions and souvenir sales. As for all home Razorback events, the Clear Bag Policy is in effect.

Following the game, there will be an autograph session with the 2019-20 Razorbacks and Coach Musselman in the Walker Pavilion (Indoor football practice facility).