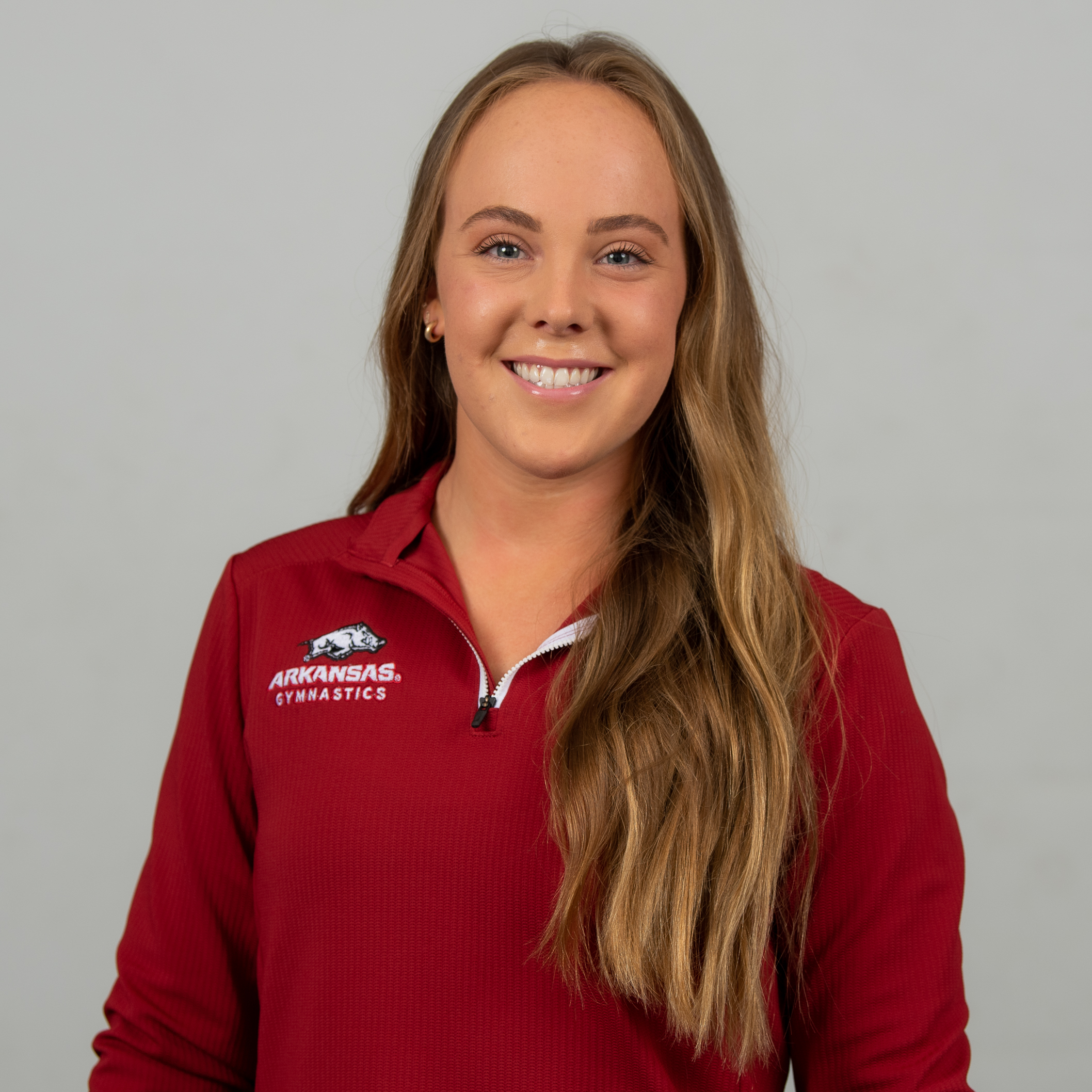 “I chose Arkansas because of the supportive coaching staff and team, the exciting opportunity to compete in the SEC, and the ability to continue working towards my health science degree. Ever since I arrived in Fayetteville, the environment in the gym has been so enlightening and positive, this team is extremely motivated and dedicated to reaching its full potential. I am so happy and blessed to be here with these coaches and girls, and can’t wait to see what’s in store for the season!”

“Competing in the SEC is something I have always wanted to do, and I’m so honored to do it as a Razorback. We have been working hard to prioritize everyone’s health and safety in the gym, looking ahead to the 2021 season….We can’t wait to show everyone how hard we have been working as a team, and finally get back out on the competition floor”

2019 (at Nebraska)
Abby Johnston joined the Huskers team for the 2019 season and immediately made an impact in the lineup competing primarily on floor exercise… set career highs on three events this season, on vault a high of 9.675 against Washington on Jan. 12, on uneven bars, a high of 9.875 set against Illinois on Jan. 26 and on floor exercise a high of 9.825 set against Southern Utah… made Nebraska Scholar-Athlete Honor Roll in the fall and spring semesters, as well as being named to the Tom Osborne Citizenship Team.

Before Nebraska
Johnston is a Level 10 gymnast and trains at American Twisters out of Coconut Creek, Fla. In 2018, she was the national beam champion and placed second on both the floor and all-around competition at nationals. On her way to nationals, Johnston earned the regional champion title on the beam and floor, taking second in the all-around. She was a 2017 J.O. National qualifier, posting a top-five finish on beam and two ties for 11th place on vault and floor. In 2017 she was the regional floor champion. Johnston was a two-time all-around champion in Florida in 2016 and 2017. In 2016, Johnston was the regional beam champion.

Personal
Abby Johnston is the daughter of Michael and Amy Johnston, born Jan. 20, 2000 in Commerce Township, Mich. She has a younger sister, Paige. Abby is studying nutrition and health as a pre-PA student, on track to graduate with her degree in the spring of 2022.