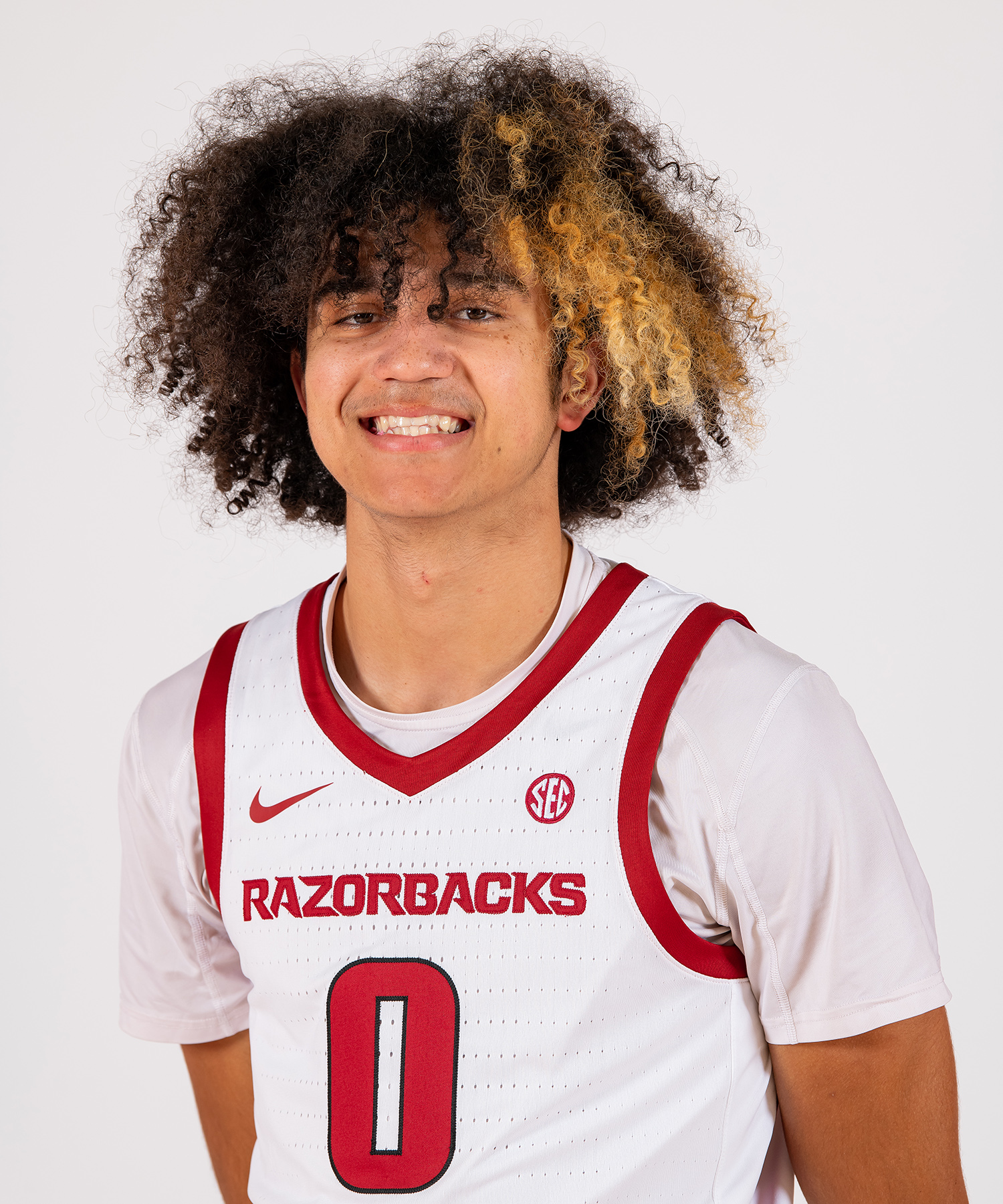 • Listed as the #1 point guard in the nation by 247Sports
• Part of the 2022 Razorback signing class that ranked #2 nationally and the top-rated class in school history with six players on the ESPN and SI top 100 lists
• Member of gold-medal-winning USA Basketball Men’s U18 National Team for the 2022 FIBA Americas U18 Championship (Tijuana, Mexico)
– Among those on Team USA who played in each game, Black led the way with 7.8 rebounds and 4.2 assists per game over 19.9 minutes … His 47 total rebounds, 25 assists and 12 blocks were also team highs … Black also tied for the team lead with 11 steals.
– Averaged 5 points on 34.3% shooting and was third in total minutes played (120).
– Highlights included a 10-point, 11-rebound double-double against Puerto Rico to close group play and another 11-rebound outing in the quarterfinal win over Mexico … In the semifinal round against Argentina, Black blocked five shots, tying a USA Basketball Men’s U18 single-game record set by James Banks in 2016.
• Member of USA Basketball’s 2022 USA Nike Hoop Summit Team
• McDonald’s All-American
• Played in the Iverson Classic
• MaxPreps All-American (HM)
• Jersey Mike’s Naismith High School Player of the Year Watch List

• #5 on the 2023 NBA Mock Draft (#3 college player) by NBADraftRoom.com and #8 by NBADraft.net
• Rated #3 player from the state of Texas by ESPN and 247Sports (behind fellow signee Jordan Walsh)
• Earned TABC All-State honors in 2022
• Led Duncanville to the 2022 Texas 6A state championship … Named Texas 6A State Tournament MVP thanks to scoring 17 points in the 69-49 title game win over McKinney
• 2022 District 11-6A Offensive Player of Year
• Played just 15 regular-season games as a senior due to transfer regulations, but averaged 13.5 points, 5.8 rebounds, 4.0 assists and 2.2 steals
• Duncanville was 35-1 … In the final national polls, ranked No. 1 by MaxPreps, No. 2 in both the SB Live/Sports Illustrated Power 25 and ESPN national rankings and No.  No. 3 in USA TODAY Sports Super 25
• Began high school career at Coppell HS where he was a second-team all-area selection as a junior … Averaged 16.3 points, 6.8 rebounds, 3.5 assists and 2 steals per game
• Was also a 3-Star recruit as a wide receiver getting offers from Arkansas, Baylor and Texas among others
• His father, Terry Black, is in the Baylor Sports Hall of Fame (2015) as a standout for the Bear’s basketball program … His mother, Jennifer, played soccer at Texas and Baylor