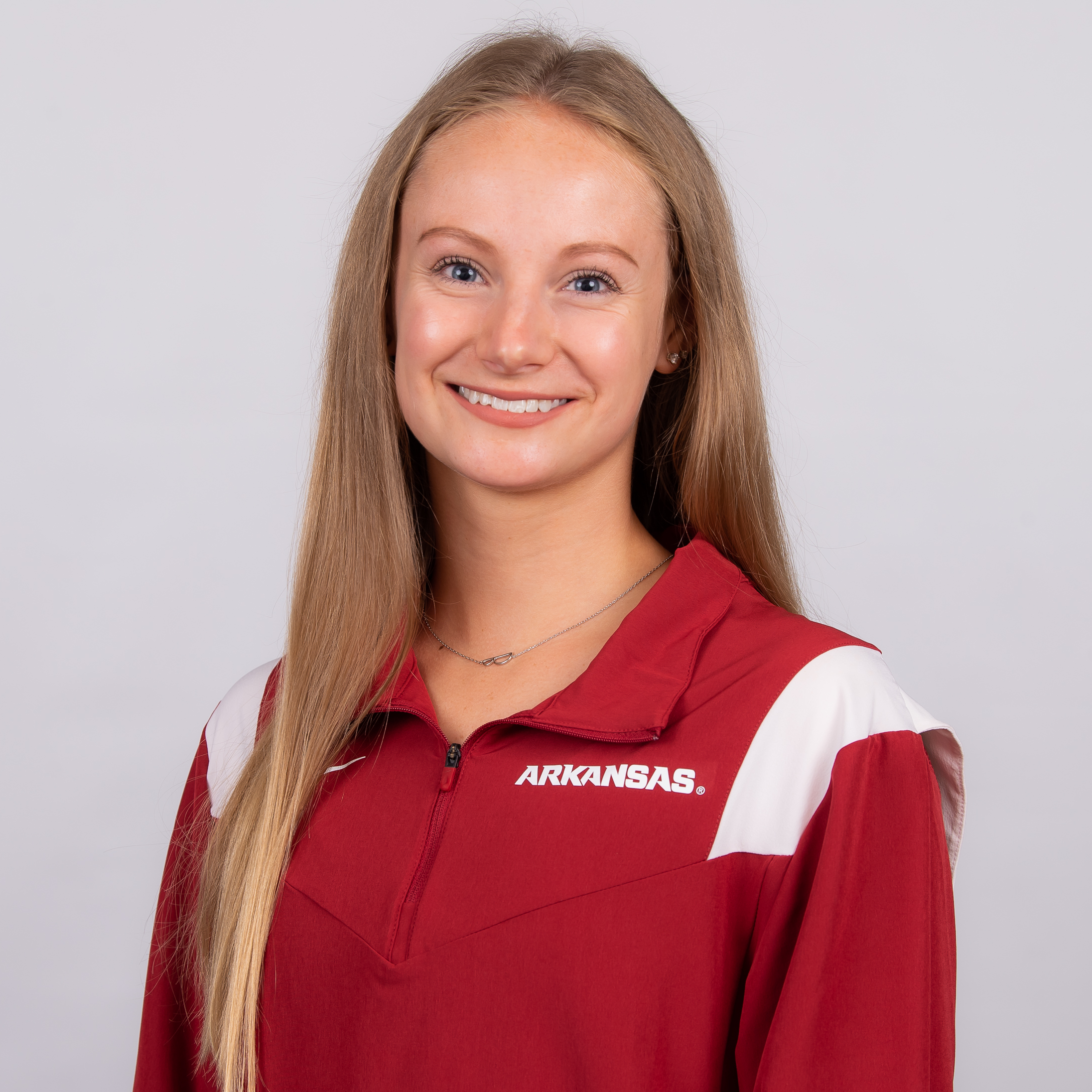 Senior Season (2022)
Competed each meet of her senior campaign on beam and floor… Earned her first floor title of the year in the season opener against Ohio State with a 9.875 (Jan. 7)… Added another floor title against Kentucky with a 9.900 on Feb. 11… Finished second at Missouri Tri-Meet (Feb. 20) on floor with 9.900… Took beam against Georgia on Senior Night with a 9.900… Tied for third on floor at Denver Quad with a score of 9.9875… Earned a 9.925 on floor in Norman regional semifinal to tie for third and help lead Arkansas to a new regional high floor score… Also earned a 9.925 on floor in the regional final to tie for fifth and set a new regional high floor score for the second time in as many nights… Placed in the top three of her events 12 times… Named the 2022 SEC Scholar-Athlete of the Year for Gymnastics, Arkansas’ second honoree and first since 2011… Will return to Arkansas for the 2023 season and pursue her JD degree at the University of Arkansas School of Law

Freshman Season (2019)
WCGA Scholastic All-American … SEC First-Year Honor Roll recipient … Competed in one meet in her freshman season, posting a 9.750 score on floor at No. 16 Kentucky on Jan. 18… Redshirted the remainder of the season.

Prior to Arkansas
Comes to Arkansas after a successful club career at Kristie Phillips Athletic Center in Statesville, North Carolina … Competed as Level 10 gymnast since the end of 2013 … Racked up 31 event victories at Level 10, including nine in the All-Around … Won her first bars event at the level on Dec. 12, 2013, at Christmas on the Chesapeake … Competed at the North Carolina State meet every year from 2014-17 … Three-time Women’s Junior Olympic National Championships qualifier … 2016 North Carolina State Champion in the All-Around with a score of 38.150 … 2015 & 2016 Regional 8 Champion in the AA, scoring 37.900 and 37.775, respectively … Finished sixth at the 2017 Women’s Junior Olympic National Championships in the All-Around at 38.050, finishing second on beam and third on floor.