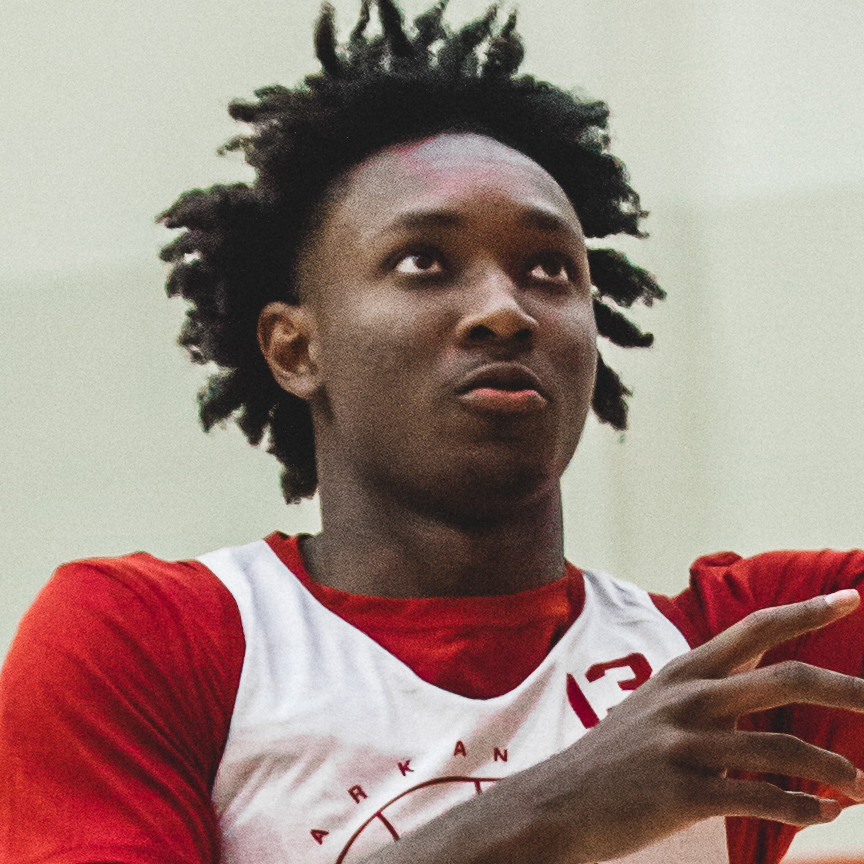 Prior to Arkansas:
A four-star recruit … Rated 84th nationally by ESPN and 93rd by 247Sports Composite … Ranked at the #16 small forward in the nation by ESPN and #21 shooting guard by 247Sports Composite … Was #4 overall prospect in Georgia by ESPN and #6 by 247Sports Composite … Sports Illustrated All-American finalist and McDonald’s All-American nominee … Atlanta Journal-Constitution 2nd team 7A All-State … AJC 2nd team All-Metro Cobb County … Averaged 19 pts and 9 rebs his senior season … McEachern was 24-5 and reached the 7A semifinals in 2020-21 … Participated in the Coach Wootten’s Top 150 Showcase in October 2020 … Transferred to McEachern mid-year as a junior and helped the squad reach the Georgia 7A semifinals … Averaged 21.7 points and 5.8 rebounds … Came to McEachern from Holy Innocents Episcopal HS in Atlanta and Chamblee HS prior to that … As a sophomore at Holy Innocents, named first team Class A Private All-State by HoopSeen.com and second team by the AJC … Was the Region 5-A North Player of the Year … Tabbed the Class A Private Sophomore of the Year by HoopSeen.com … Averaged 20.2 points and 7.0 rebounds.