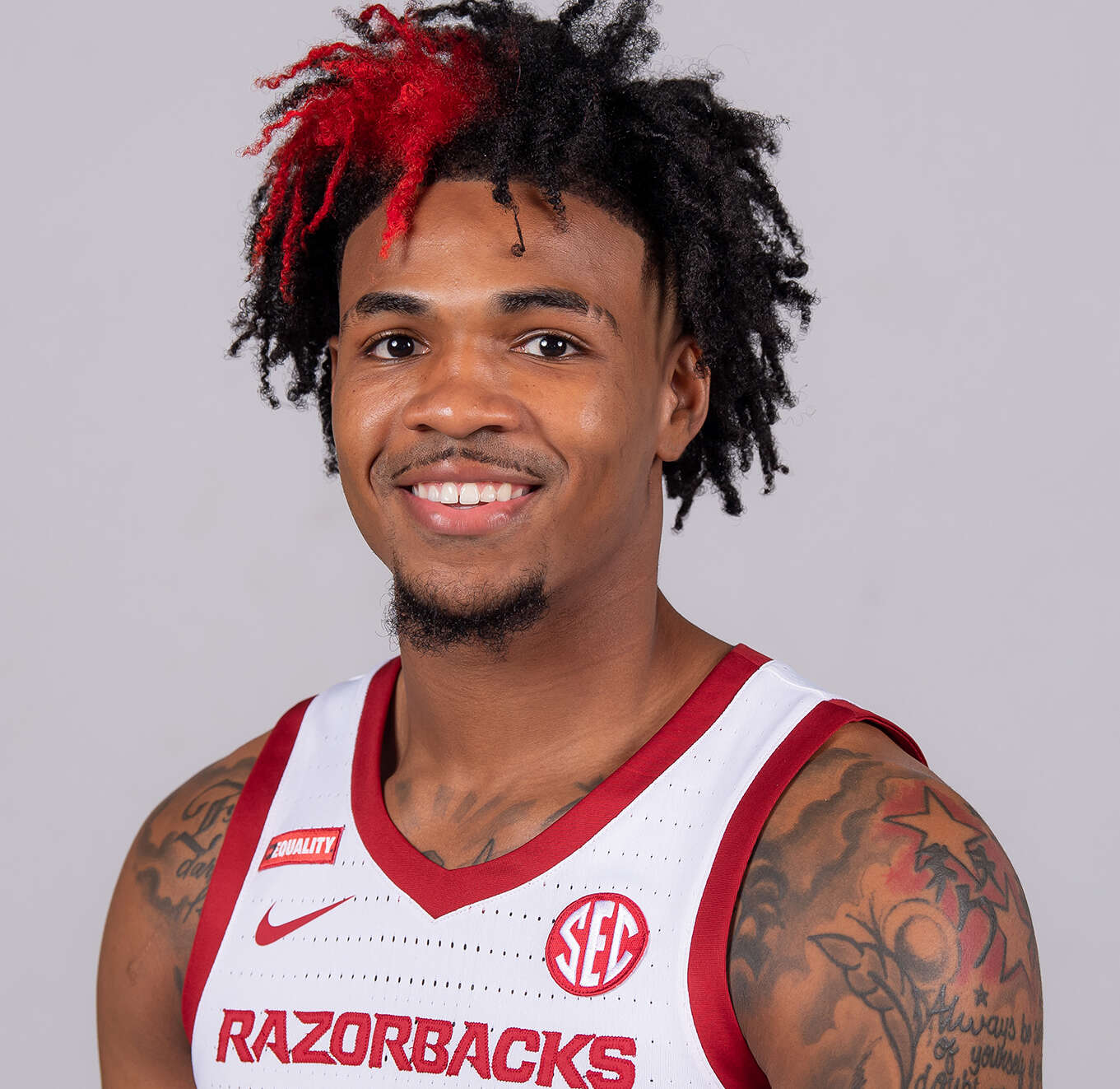 2018-19 (Fr.):
Started the last eight games and started second half prior to that at Auburn to solidify his spot as a starter over the last eight … In his eight starts, scored double figures four times (five times all season), including a career-high 18 at Indiana in the NIT, a then career-high 15 points at Kentucky, 11 at Vanderbilt and 11 versus Alabama … Made a career-high four 3-pointers at Indiana and three each at Kentucky, at Vanderbilt and versus Alabama … Had a career-high three steals vs. Ole Miss … At Auburn, had a career-high four rebounds … Over the last eight games, shot a team-best 64.3 percent from 3-point range (18-of-28), 50 percent from the field (25-of-50) while averaging 10.1 points per game … Prior to starting role, was 1-of-10 from 3-point range over a 13-game span … Was the first sub off the bench (solo or tied) in 13 of the first 25 games prior to getting starting role … Handed out a career-high six assist versus FIU … As part of his nine points versus Western Kentucky, scored six straight over two minutes in the second half to tie the game at 62-62 (8:35 mark) and made a free throw to tie the game at 70-70 with 4:32 left … Had a break-out game in his SEC debut — a win at Texas A&M — with 14 points … 13 of those points came in the first half, including eight straight at one spell, as the Razorbacks led 33-32 at halftime … Had five assists and no turnovers in 18 minutes in the overtime loss versus LSU … Started the second half at Auburn … Made (5) and took (8) career-high free throws … Added a career-high four rebounds … Played 23 minutes and led the team with three assists … Earned first career start versus Texas A&M (2/23) and scored seven points on 3-of-6 shooting … At Kentucky, scored a then career-high 15 points (making 3-of-5 3-pointers and 4-of-4 at the line) … Made back-to-back 3-pointers to start the second half and gave Arkansas its largest lead of the game (15 points) … In the Ole Miss win, had a career-high three steals as well as a career-high five deflections … At Vandy, made 3-of-3 from 3-point range, scored 11 points and had four assists … Followed that with another 11-point performance in the regular-season finale win versus Alabama, making 3-of-5 from 3-point range … At Providence, hit the Razorbacks’ first 3-pointer from the NIT experimental FIBA distance as Arkansas started the game 5-of-5 from long range … Finished 2-of-4 from distance and played second-most career minutes (27) … Closed the season with a career-high 18 points at Indiana, making a career-high four 3-pointers.

Prior to Arkansas:
Rated #3 player in the state of Arkansas by 247Sports.com and ESPN while being a consensus top 50 pick among the nation’s top point guards … Named to the USA TODAY All-Arkansas first team … A two-time, first team 6A All-State selection (2017 and 2018) … Helped guide Jonesboro High School to back-to-back 6A state championships … Averaged 20 points, 5.3 rebounds and 2.5 assists in 2017-18 … As a junior, put up 15.5 points, 4.5 rebounds and two assists per game, leading the Hurricanes to a perfect 32-0 record that ended in a title game victory over former Razorback Daniel Gafford … Played with Isaiah Joe and Ethan Henderson on the Arkansas Hawks AAU team.

Personal:
Born Dec. 29, 1998, in Jonesboro … Son of Desi and Shawna Sills … Has two brothers – Travon Neal and Quaavon – and two sisters – C’cchae and Devonce … Majoring in recreation and sports management.