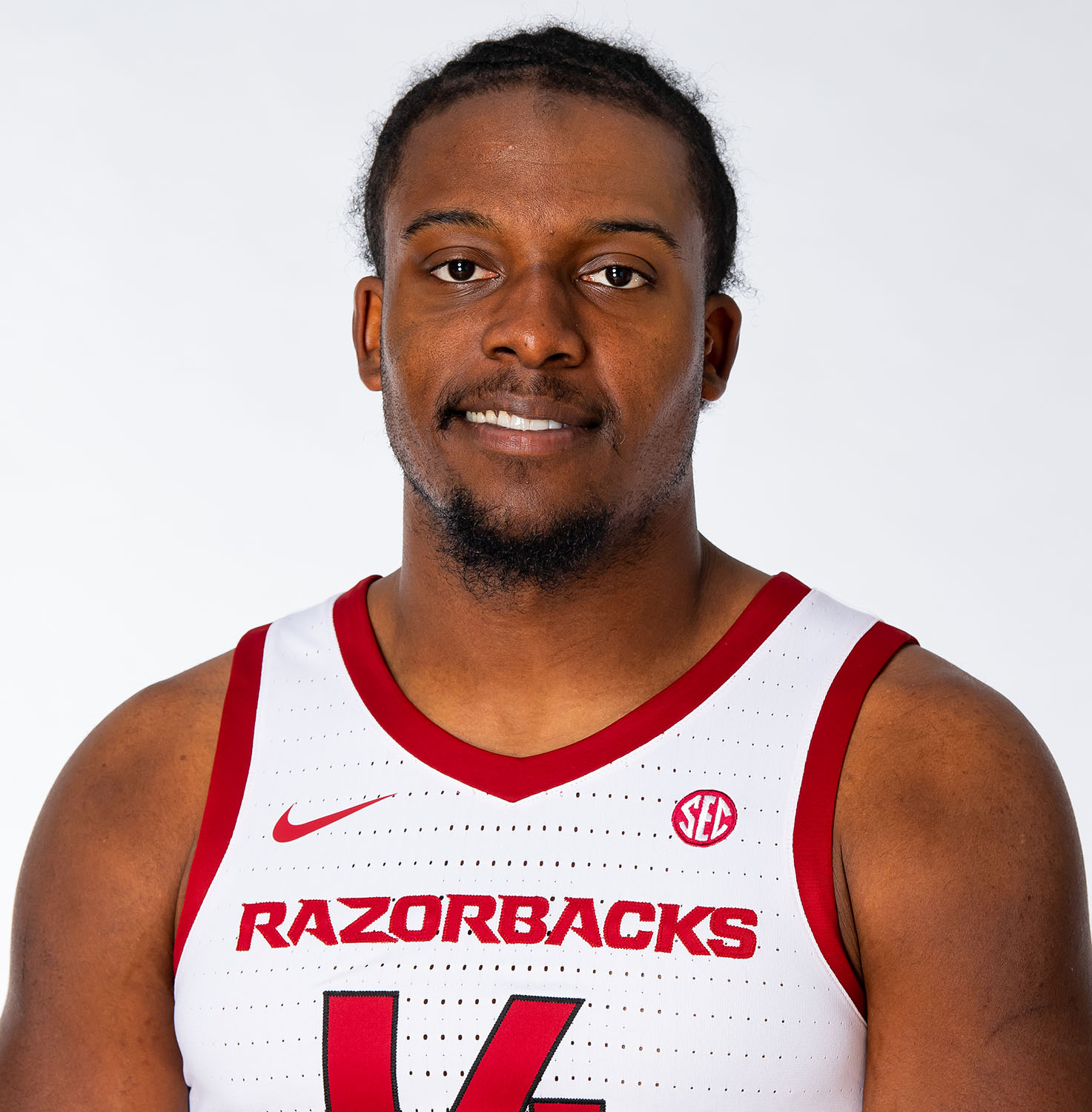 Joined the Arkansas basketball team on Nov. 30, 2019 after his career with the Razorback football team ended (Nov. 29 vs. Missouri).

Not only a highly recruited football player but a highly touted basketball player while at Junction City HS … Was named to the 2015 USA TODAY All-Arkansas second team with the likes of Malik Monk (Kentucky), KeVaughn Allen (Florida), Mitchell Smith (Missouri) and Javon Franklin (Auburn) making the 10-member team … A two-time All-State selection … Led Junction City to the 2A state championship game twice and was named to the 2015 2A All-State Tournament team … Also helped the Dragons to the state semifinals as a sophomore.

Bell played on the AAU circuit with the Arkansas Wings along with former Razorbacks Bobby Portis and Moses Kingsley.

Bell won a dunk contest among the Razorback football players in December 2015 and made a splash on YouTube with his backboard-shattering dunk while in high school.

2019-20 (SENIOR):
Joined the basketball team as a walkon in game seven of the year … Saw action in four games, playing a season-high 5:21 at Tennessee … Blocked three shots, including two at Tennessee … In addition to his role on the practice squad, was a valuable vocal leader throughout the year.

2019 (SENIOR):
Played in 10 games at defensive end – missing the Ole Miss and Colorado State games – and started the final game versus Missouri … Finished with 17 tackles and ranked second on the team with 4.5 sacks … Logged two sacks versus Texas A&M … Had season-high three stops versus both San Joes State and Western Kentucky … Of his three tackles versus San Jose State, two were for losses and he added a forced fumble … In his final game, logged three tackles including a sack.

2018 (JUNIOR):
Played in 11 of 12 games during his junior season with the Razorbacks … Recorded 20 tackles, 11 solo … Tallied one tackle for loss going for five yards coming against Ole Miss in Little Rock … Also credited with a quarterback hurry and forced a fumble against the Rebels at War Memorial Stadium … One of 11 Razorbacks with a forced fumble in 2018 … Racked up four tackles in the season opener against Eastern Illinois, two solo … Posted multiple-tackle performances in five more games, with back-to-back games of with two solo tackles against LSU and on the road at Mississippi State.

2017 (SOPHOMORE):
Missed the first 10 weeks of the season due to a foot injury sustained during fall camp … Saw action on special teams in the last two games of the season against No. 16 Mississippi State and Missouri.

2016 (REDSHIRT FRESHMAN):
Moved from tight end to linebacker during 2017 spring workouts … Did not see any game action.

2015 (FRESHMAN):
Transitioned from defensive line to tight end during 2016 spring workouts … Redshirted during initial year with the program.

HIGH SCHOOL:
A consensus four-star prospect by Rivals, ESPN, Scout and 247Sports … Ranked the No. 172 player in the nation, the No. 17 defensive end and second-best player in the state of Arkansas by Scout … ESPN ranked him at No. 274 in the ESPN 300, the No. 24 defensive end nationally and the No. 4 player from Arkansas … Ranked the No. 4 player in Arkansas and No. 15 strong side defensive end in the nation by 247Sports … Named to the Associated Press Arkansas Super Team at defensive end in 2014 … Earned Arkansas Class 2A Region 8 All-State honors … Recognized on All-ArkansasVarsity.com’s first team as a senior … Helped lead Junction City to the Arkansas class 2A state championship in 2014 … Won the 2015 2A state championships in the shot put and discus and placed third in both events as a junior.