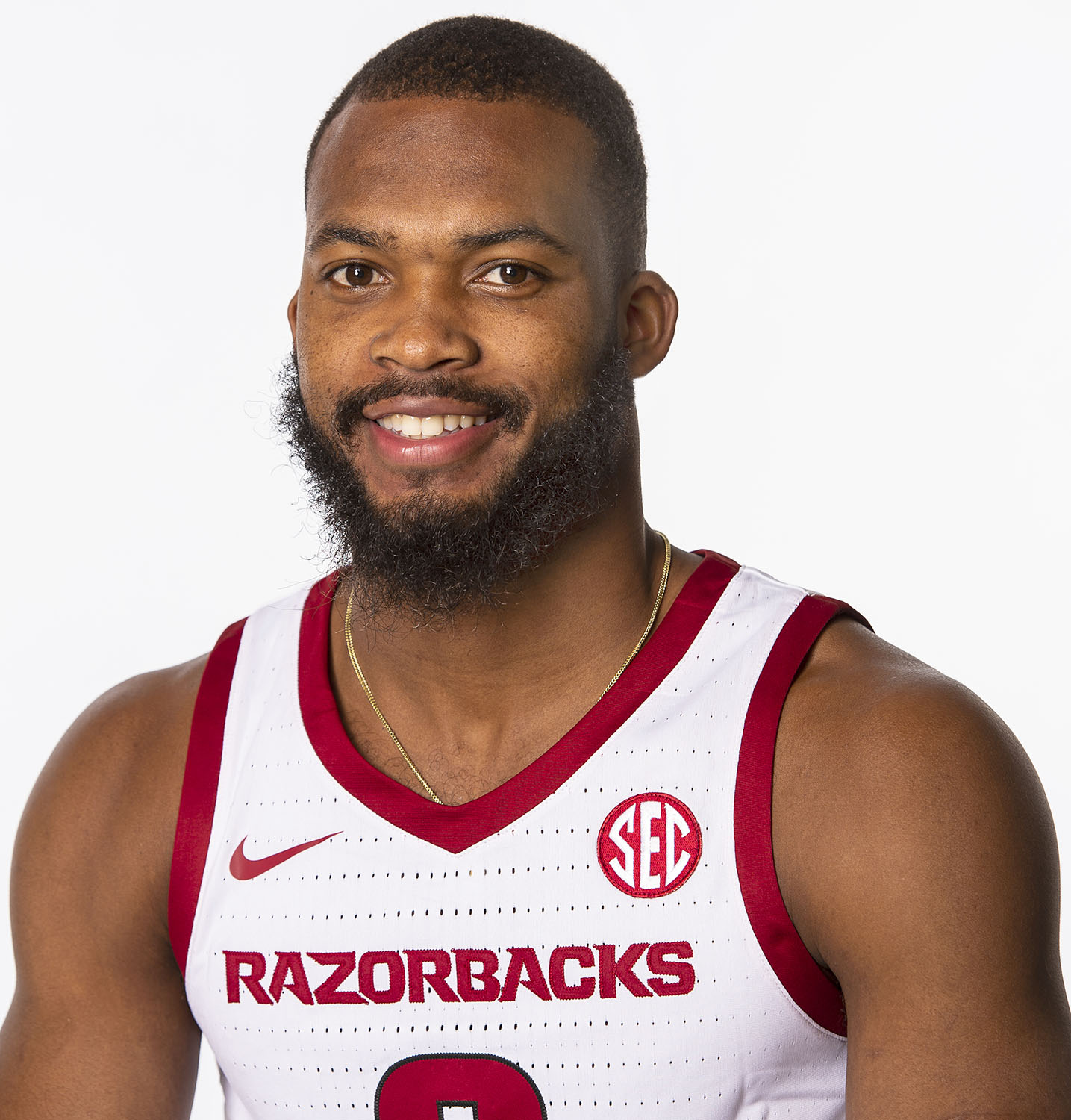 (Pronounced GENE-tall SILL-uh) came to Fayetteville for the 2019-20 season as a graduate transfer from UNC Wilmington.

Cylla played one season with the Seahawks after beginning his career at Florida Atlantic. In addition to his collegiate experience, Cylla played on the Haitian National Team in the summer of 2018.

Received his B.A. in Communication Studies from UNCW in May 2019 … Is pursuing an M.Ed. in Adult and Lifelong Learning.

In his four-year collegiate career, Cylla has averaged scored 1,013 points and pulled down 402 rebounds, adding 51 assists, 50 steals and 46 blocked shots.

2019-20 (Gr. Sr. at Arkansas): Saw action in 28 games, drawing one start … Pulled down six rebounds in the season-opening win over Rice … Scored his 1,000th career point (in his 101st game) versus South Dakota … Added season-high seven points versus the Coyotes, including his first 3-pointer of the season, with four rebounds … Got first start as a Razorback vs Northern Kentucky … Only played briefly in the SEC opener versus Texas A&M, but came through with a big hustle play that led to Desi Sills’ 3-pointer as time expired in the first half … Had only played 11 minutes over a seven-game span prior to Ole Miss … However, was the first Razorback off the bench versus the Rebels … Played 11 first-half minutes and led the team with five rebounds … Made both his shots, including a 3-pointer, in scoring five points at Mississippi State … Added two rebounds and an assist against the Bulldogs … Grabbed four rebounds with an assist and blocked shot in 13 minutes in the win over TCU … Played an SEC-high 18:20 at Tennessee, getting a dunk and making 2-of-3 from the line.

2017-18 (Junior at UNCW): Sat out at UNC Wilmington due to NCAA transfer regulations.

2016-17 (So. At FAU): Started all 26 games in his second year with Owls … Averaged 7.1 points and 3.4 rebounds … Had a double-double, scoring 10 points and pulling down a career-high 10 rebounds versus Webber … Scored in double figures 11 times, including a season-high points 16 versus Florida Gulf Coast and Florida International.

2015-16 (Fr. At FAU): Appeared in all 33 games for Owls and made 24 starts … Averaged 9.7 points and 3.5 rebounds in rookie year … Closed out his first season by scoring in double digits in three of last four outings … Led team in Conference USA games with 12.5 ppg … Scored 18 points and grabbed seven rebounds versus Wagner … Registered back-to-back, 20-plus scoring games with career-high 25 points at UTEP and 22 points at UTSA … Posted first career double-double with 24 points and 12 rebounds in a win over UTSA.