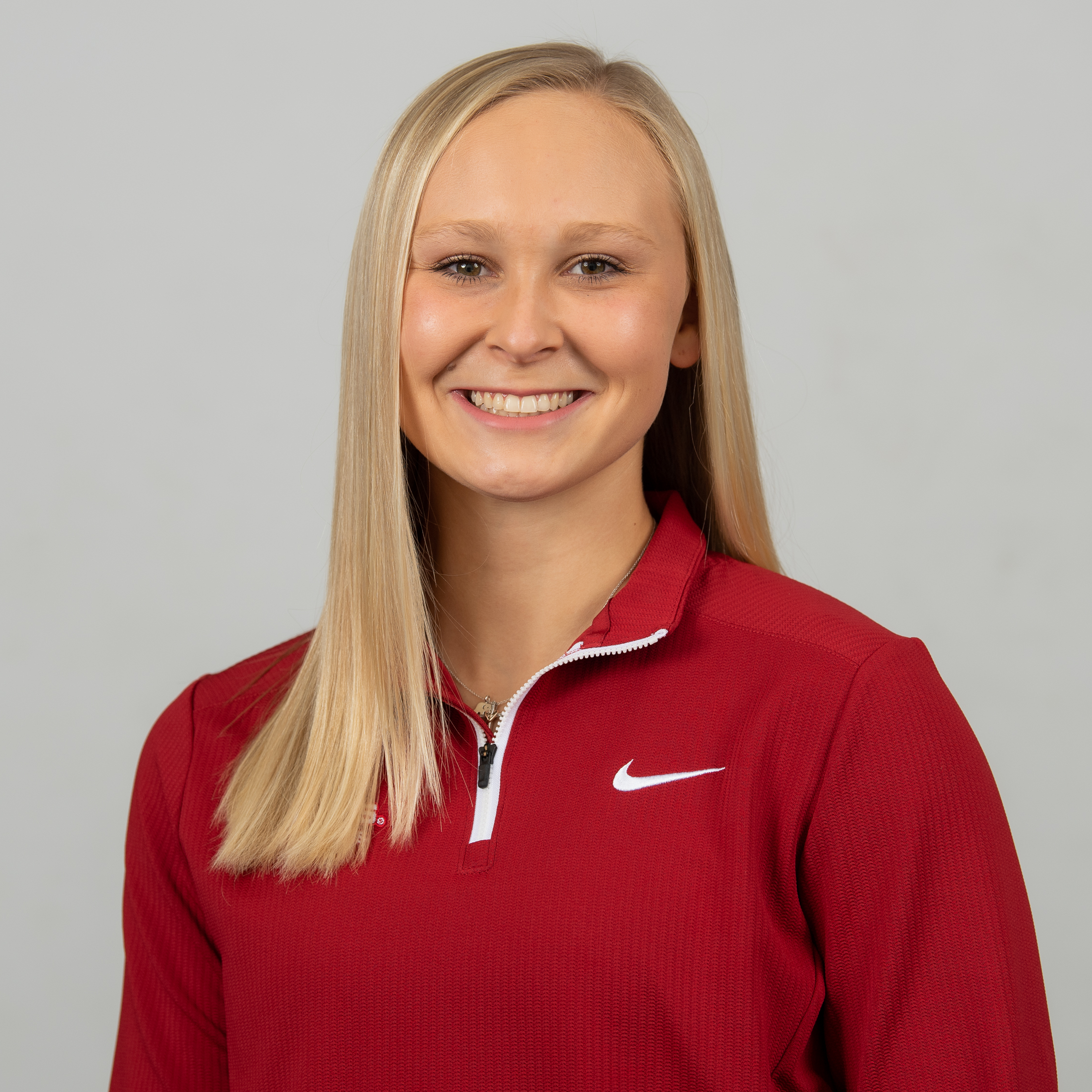 Sixth Year (2022)
Anchored Arkansas on bars in each of its 13 meets… Made three appearances in the beam lineup… Earned her first event title of the season on bars against Auburn on Jan. 14 with a 9.950, which received one 10… Took first on bars with a 9.925 against Kentucky on Feb. 11… Anchored Arkansas in its final event of the day at the Norman regional final and posted a 9.900 on bars, the second-best score of the day… Scored a 9.800 or above in 77% of her routines and never scored below 9.800 in the final six meets of the season… Ranked as high as 16th on bars during the regular season… Arkansas’ female nominee for 2021-22 Southeastern Conference H. Boyd McWhorter Scholar-Athletes of the Year award… 2022 AAI Award nominee… 2022 SEC Winter Academic Honor Roll

Graduate Season (2021)
Became first Gymback to secure a spot as a regular-season All-American on bars with an NQS of 9.925, ranked 11th in the nation, earning second-team All-America… She won event titles in three of her first four routines of the season, finishing the year with five total… O’Hara was named SEC Co-Specialist of the Week, becoming the fourth Razorback to garner the recognition, for her performance against LSU (Jan. 15)… Qualified for NCAA Championships on bars after a 9.925 routine at regionals (April 2), earning a perfect 10 from one judge… Claimed first-team All America at nationals with a 9.925 in session one… Eight of her 12 routines this year earned a score of 9.900 or better… Anchored Arkansas on the bars in every meet in 2021… Also scored 9.925 twice on BB in back-to-back weeks vs LSU (Jan. 15) and Florida (Jan. 22).

Prep
• Graduated from River Bluff High School (2016)
• National Honor Society with a 4.6 GPA
• Junior Marshall for being in the top 20 of her class

Personal
Born on November 16, 1998 to Matthew and Michelle O’Hara,  Margaret Joan O’Hara has three siblings, Sean, Daniel and Gracie. O’Hara graduated from Michigan in the spring of 2020 with a degree in movement science and will pursue her master’s degree in kinesiology at Arkansas.