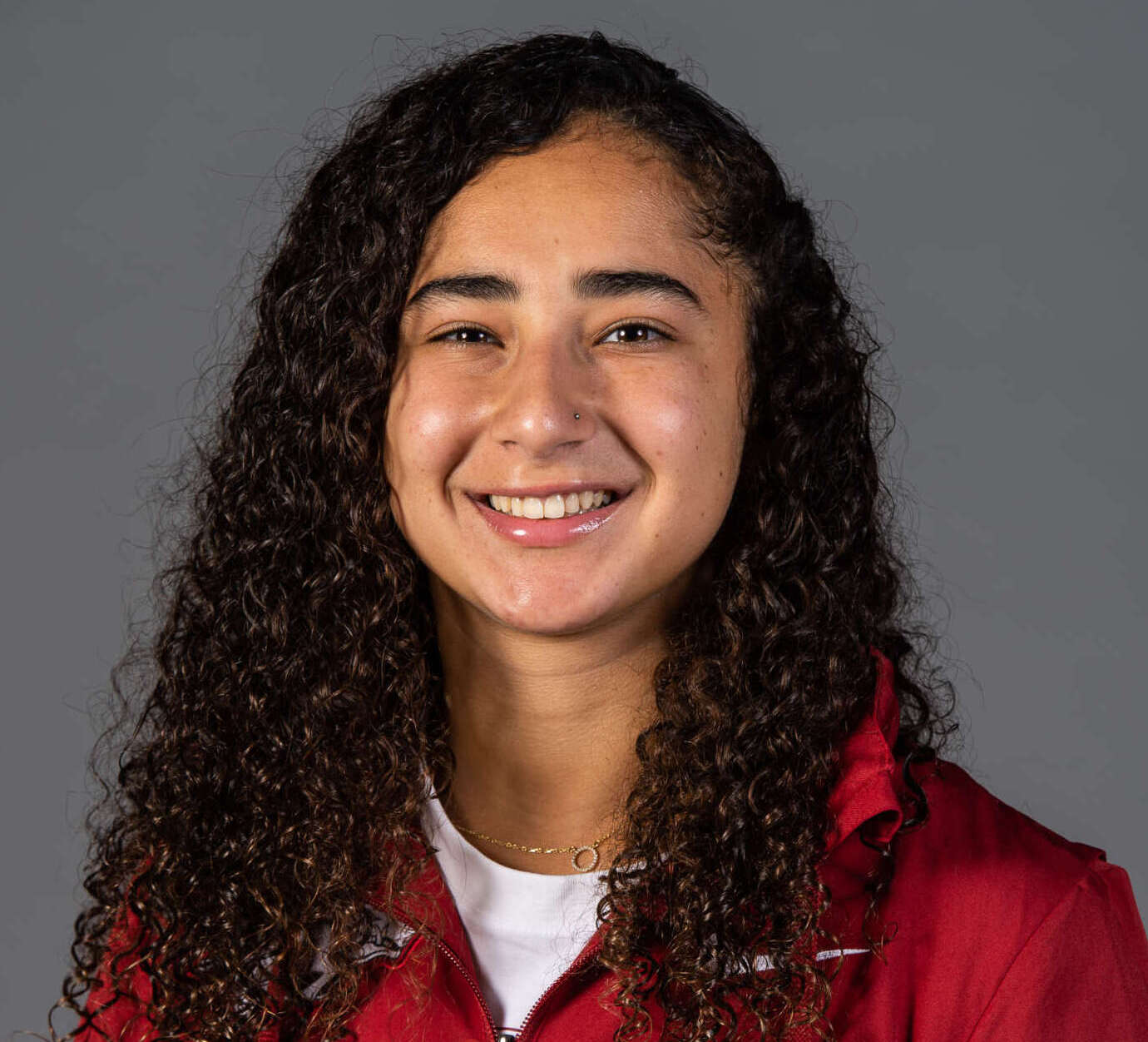 Sophomore (2018-19)
Finished second in both 1-meter(302.70) and 3-meter(344.93) at the Houston meet… During the Georgia meet Amer took third with a score of 247.50… The Cairo native’s finish was a season-best and qualified Amer for the NCAA Zone Diving Championships… In the final day at the NCAA Zone ‘D’ Diving Championships, sophomore Maha Amer finished in 12th place on the platform with an overall score of 502.90… Amer earned the honor of being selected to the All- American second team.

Prior to Arkansas
Represented her home country of Egypt at the 2017 FINA World Championships in Budapest, Hungary, where she finished 27th on the 3m springboard with a five-dive score of 245.40 … has competed in international events in Italy, Canada, Malaysia, Singapore, Puerto Rico and Germany’s Grand Prix … qualified for the 2016 Rio Olympics after her performance at the World Cup in Brazil … participated in the Eindhoven diving cup where she won a silver and a bronze medal … won two silver medals and three bronze medals at Senet diving cup … has won five national titles over the past five years.

Personal
Born March 3, 1999 in Cairo, Egypt… Daughter of Amina Khairy and Khaled Amer… has one sister Aly Amer… is majoring in Public Health and economics.