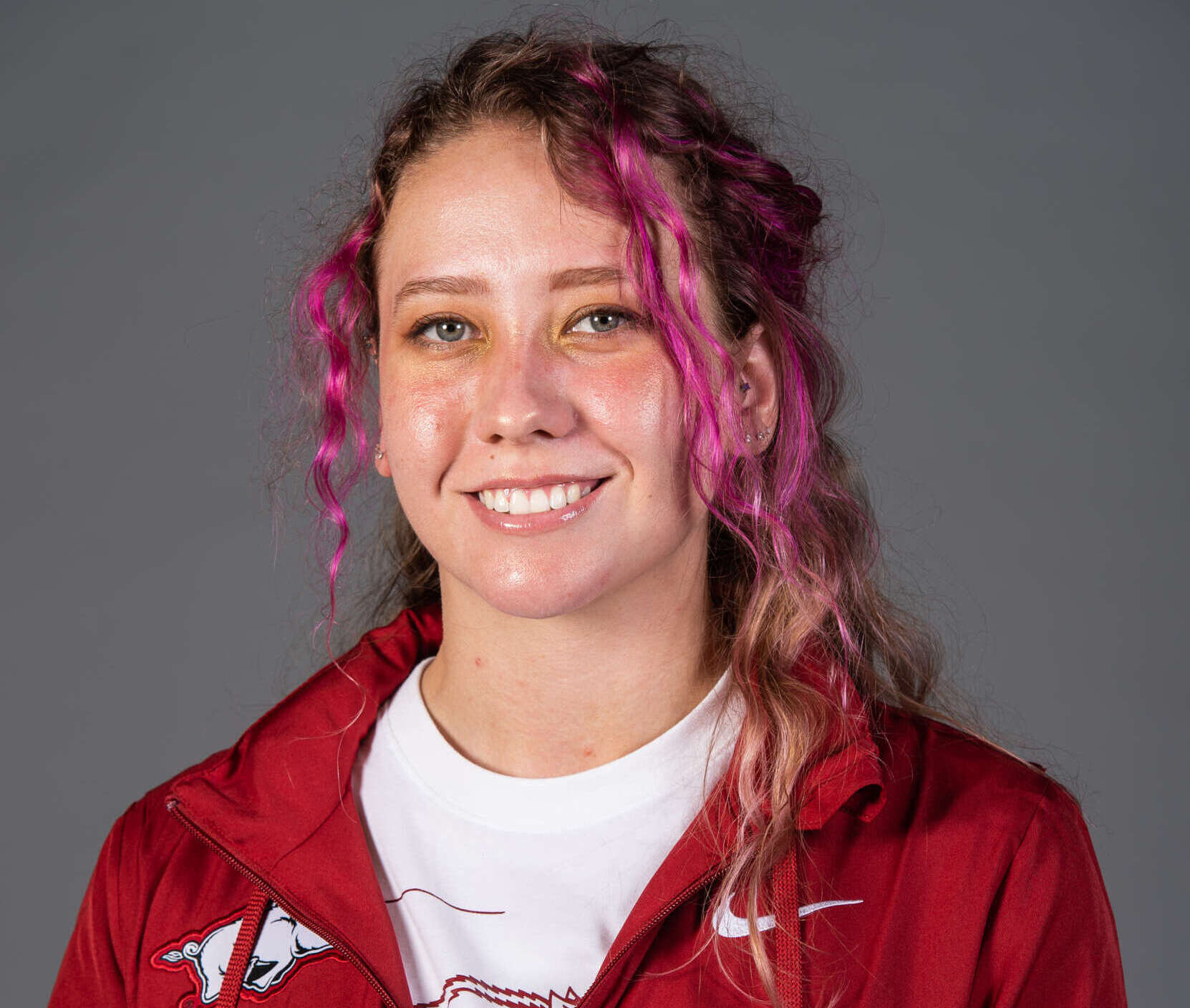 Prior to Arkansas
Attended Gelofte High School in Pinetown, Durban… In 2015 she was an All American Young Champion for the 50m, 100m and 200m individual breaststroke… She also received a presidential award for 3rd most individual FINA points in the Women’s All African Young Games… At the University of Northern Colorado she was a part of the 200 medley relay team that won the WAC Championship and set a program record with a time of 1:40.66… She was also First team All-WAC for the 200 medley relay. Second team All-WAC for the 100 and 200 breast and the 400 medley relay… Also the program record holder in both the 100 and 200 breast.