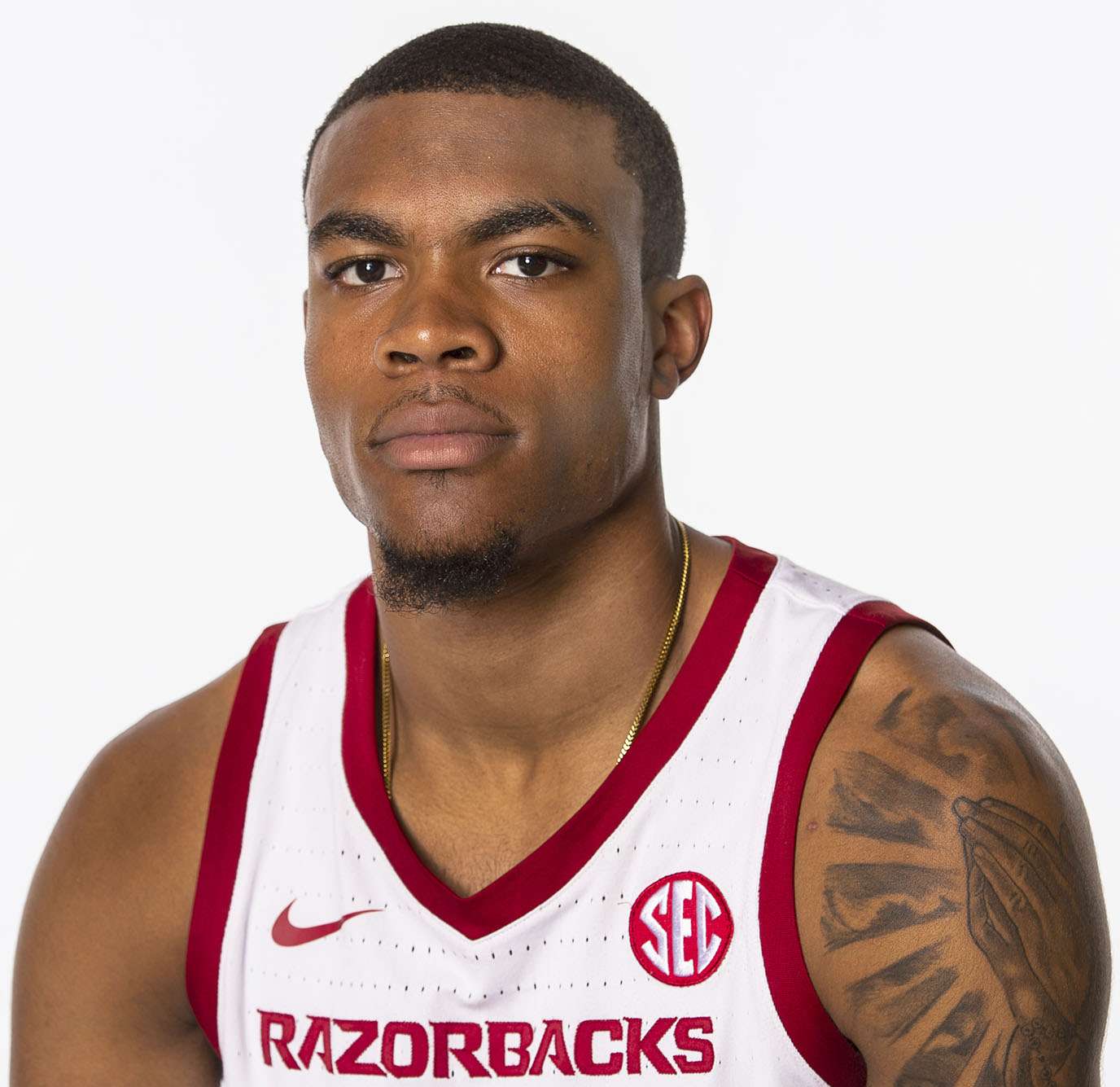 2019-20 (So.):
Missed the first three games … In his debut (vs Texas Southern) was very efficient in his 19 minutes played … Tied a career high with four steals … Was 3-of-4 from the field for six points with two rebounds and a blocked shot … Was 3-of-3 from the field — all dunks — versus South Dakota while adding three blocked shots … Posted career highs in rebounds (11) and assists (5) versus Northern Kentucky … Blocked three shots and had six rebounds in just 13 minutes at Western Kentucky … Led the team with seven rebounds vs Tulsa … Scored six points with four rebounds at Indiana … Helped hold Travce Jackson-Davis, who scored 20 in the game, to just four in the second had and no shot attempts over the final eight minutes … After playing single-digit minutes with zero rebounds over a three=game span, played a near-perfect game versus Vanderbilt (1/15) … Was 6-of-6 from the field (including two dunks) and 2-of-2 at the free throw line … Tied a then career-high with 14 points — was also his most in an SEC game to date … Added three rebounds and two assists … Was 4-of-5 from the field at Mississippi State in scoring eight points with two rebounds, a blocked shot and a steal … Got his first start of the season versus TCU … Was 0-of-3 in the first half but was 3-of-3 in the second half …. The three field goals were on consecutive trips as Arkansas went from a 3-point lead to a 9-point lead … Pulled down a then SEC career-high seven rebounds vs South Carolina only to get 11 boards, tying overall career-high, in the next game at Alabama … Added two blocked shots at Bama and was a career-best 4-of-5 at the free throw line … Scored four in a 6-0 as Hogs went from down one to up five … Helped spur an 11-1 run inside the final four minutes, blocked a shot and got the rebound as the Hogs went from down one to up seven…  Had his best-game at Missouri with a career-high 17 points (6-of-12 FG & 5-of-7 FT) while tying his career-high with 11 rebounds … Had a career-high six offensive boards … Played a career-high 36 minutes … Added two blocks, two steals and team-best six deflections … Was 4-of-4 from the field at Tennessee and made 2-of-3 at the line for 10 points … Added six boards and two assists … Only played six minutes in the LSU win, but Coach Musselman praised his contribution, getting one rebound and an assist … Very steady in the SEC Tournament win over Vanderbilt … Was 2-of-2 from the field with five rebounds and three blocked shots.

2018-19 (Fr.):
Played all 34 games and earned starts versus Texas State and at Ole Miss … Was third on the team in rebounding (top off the bench) and ranked second on the team with 115 deflections … Had a team season-high 10 deflections twice (at Providence and versus UTSA) … Ranked 13th in the SEC with 46 total blocked shots … Blocked a shot in 15 straight games (Games 2-16) … Had a career-high seven blocked shots at Providence and five blocked shots in win over Georgia … Blocked three shots in a game on four other occasions and had at least one blocked shot in 25 of 34 games … Battled foul trouble versus Texas in his collegiate debut, but still pulled down five rebounds and had a steal in just 11 minutes … Was productive in his 13 minutes versus Indiana, getting four points, three rebounds and three blocked shots … Got first career “second-half start” in the Montana State game … Led the team with a season-best eight rebounds versus UT Arlington .. Matched that total at Colorado State … With Daniel Gafford on the bench at Colorado State in foul trouble in the first half, Chaney stepped up and played a key role in the Razorbacks maintaining the lead … Had nine points and five rebounds in the half and finished with a season-best 11 points while tying his season-best with eight rebounds … Was impressive versus UTSA … Set or tied career highs in minutes (28), points (11 – tied), assists (4), steals (4) and blocked shots (3 – tied) … Added five rebounds and 10 deflections … “Started” the second half versus the Roadrunners and he responded by going 5-of-5 from the field with two steals, three blocked shots and two assists … Backed that up versus Georgia Tech by playing 27 minutes and earning his third “second-half start” of the season … Earned first career start versus Texas State … Had some struggles as he only played 12 minutes and committed five turnovers … However, he scored seven points (3-of-4 FG and 1-1 FT) and pulled down six rebounds while adding two blocked shots … Returned to the bench — and his high-level of play — by playing 25 minutes versus Austin Peay … Scored a career-high 12 points, making career-best 6-of-9 shots from the field … Played perhaps his best game in the overtime loss to LSU … Tied then career-highs with 12 points and four steals, adding five rebounds and two blocked shots … Followed that by scoring 11 at #3 Tennessee (5-of-7 FG) with six rebounds (five offensive) in 20 minutes … Spurred a run in the first half (two layups and a steal) to get the team going in win over Missouri … Finished with six points, six rebounds, two steals and tied a career high with four assists … Blocked a then career-high five shots in the win over Georgia as the team had 14 (most ever by the hogs in SEC game) … Tied for the team lead in rebounds (6) and had two assists … Scored eight at Kentucky, including an ally-oop, fast-break dunk he started with a steal … Played a key role in Arkansas’ one-point halftime lead as Daniel Gafford battled foul trouble … In the Ole Miss win, only had one basket — a dunk — but had two assists, two rebounds, a steal and four deflections … Scored a career-high 14 at Providence, where he got his fourth career “second-half start” … Made a career-best 7-of-9 from the field with a career-high seven blocked shots and 28 minutes … Tied career-high with 10 deflections, adding five rebounds and two assists.

Prior to Arkansas:
Rated No. 3 overall prospect from the state of Texas and as the No. 29 power forward in the country by 247Sports Named to the USA TODAY All-Nevada second team … As a senior, contributed 13.8 points, 7.3 rebounds and 1.3 steals and led his squad to a 32-5 mark … During his junior year at Frisco Liberty (Texas) HS, put up 11.2 points, 7.3 rebounds and 1.6 blocks, helping team to a 33-4 record … Spent his offseason on the summer ball circuit as a member of RM5 Elite in the Nike EYBL league … Averaged 11.4 points and 7.3 rebounds while shooting 63 percent from the floor in the summer of 2017.