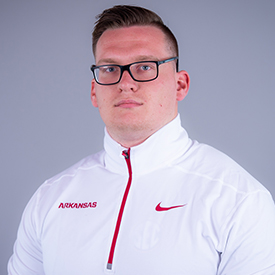 Freshman (2015)
Utilized a redshirt during his first season on campus … Qualified for the US Junior National Championships in the shot put.

High School
Finished second in the indoor nationals as a junior. Was the Sugar Bowl Classic Shot Put champion senior year (2014) of high school. Also won the Arkansas HS Invitational in shot put. Never finished outside of the top 5 in any event he participated in in high school. Was ranked the #6 shot put player and the No. 5 discus thrower in Tennessee.

Personal
Born on March 20, 1996 … Son of Dick and Pattie Kempka … Has two siblings Kyle and Julia … Majoring in Chemical Engineering.