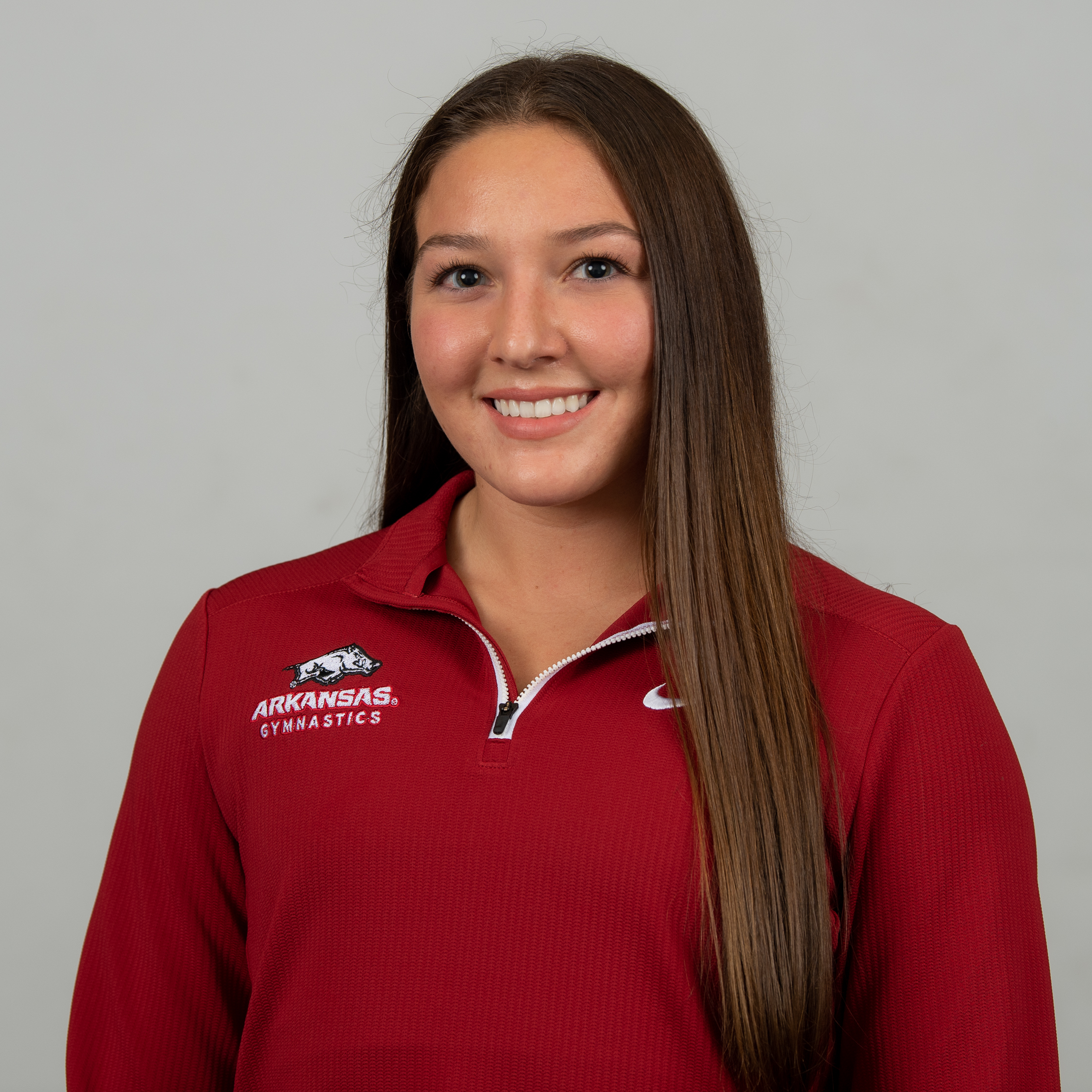 Senior Season (2022)
Competed in each meet of her senior season, 13 times on vault and nine times on floor… Started the season with a top three finish against Ohio State with a 9.825 on vault (Jan. 7)… Bested her previous career floor high by a tenth against Auburn with a 9.875 and tied for second… Matched her new career best on floor against Kentucky on Feb. 11 and tied for third… Racked up a new career high on vault of 9.925 at Denver Quad (March 13), which tied for third and contributed to Arkansas’ new program high of 49.500 on the event… Never scored below 9.800 in her last four floor appearances and scored 9.800 or above in half of her vault appearances… 2022 SEC Winter Academic Honor Roll

Junior Season (2021)
Coming back from injury, Savannah was a consistent staple in the Razorback vault lineup, appearing in 10 of 11 meets, eight of which she was in the leadoff spot… Earned a career-best 9.800 on vault in her first meet of the season before scoring a new career-best 9.850 in the final of the NCAA regionals… Made three appearances on floor, earning a career-high 9.775 all three times, vs Florida (Jan. 22) and back-to-back nights at NCAA Regionals (April 2 and 3).

Sophomore Season (2020)
Did not compete due to injury.

Freshman Season (2019)
SEC First-Year Honor Roll recipient … Competed in 10 meets for the Razorbacks as a freshman, including the SEC Championships and the second round of the NCAA Baton Rouge Regional … Primarily was a vault specialist in 2019, with one floor score coming against Alabama on Feb. 8 at 9.750 … Recorded her top VT mark at the Metroplex Challenge on Jan. 26 at 9.775 … Tallied a pair of 9.750 scores at the SEC Championships and NCAA Regional action.

Prior to Arkansas
Comes to Arkansas after a successful club career at Rowland-Ballard School in Humble, Texas … Performed as a Level 10 gymnast in 2018 after earning a Top 100 Level 9 Gymnast distinction in 2017 … Earned five event victories in 2018, including an All-Around victory at the Galveston Island Winter Beach Blast Invitational on Jan. 11, claiming every title except beam, finishing second … Also took home a win in vault at the Houston National Invitational on Feb. 2 … Placed third in the vault at the Region 3 Championship on April 12.