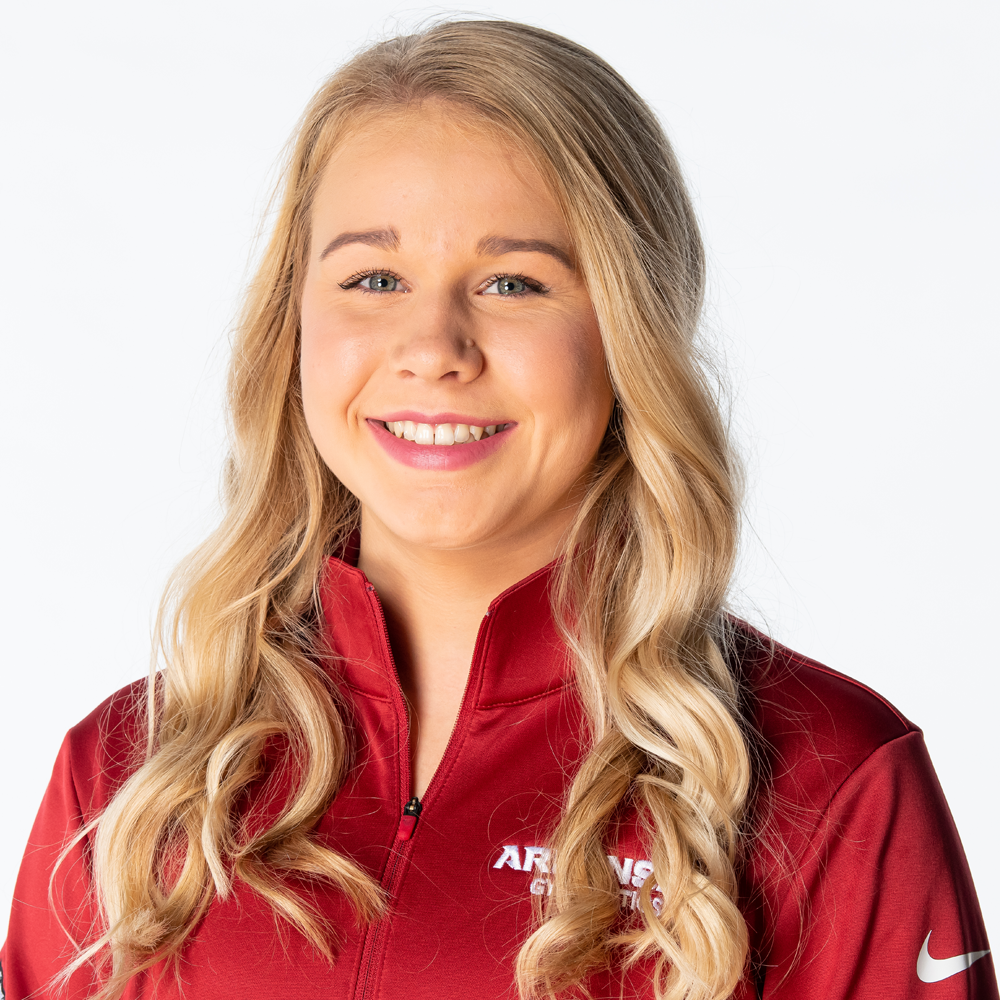 Competed on the UB eight times as a junior, including the first seven meets of the season… Hit a season-high 9.900 in three consecutive meets: vs Denver (Jan. 17), at Oklahoma (Jan. 20) and vs Kentucky (Jan. 24).

Sophomore Season (2019)
WCGA Scholastic All-American … SEC Winter Academic Honor Roll recipient … Competed in 12 meets for the Razorbacks as a sophomore in 2019, all on the uneven bars … Scored a 9.800 or higher twice during the season, doing so at the Arkansas Quad meet (9.800) and a season-best 9.900 at Elevate The Stage … Was a member of Arkansas’ postseason rotations at the SEC Championships and the NCAA Baton Rouge Regional, recording a 9.750 in NCAA action on April 5.

At First In Flight Gymnastics
Born in Saskatoon, Saskatchewan and now resides in Kings Mountain, North Carolina … First In Flight Gymnastics in Gastonia, North Carolina … Competed at both Level 10 in the United States and elite in Canada … Finished second in the all-around (38.550), first on balance beam (9.775), first on bars and second on vault at the North Carolina Level 10 State Championship in the spring of 2016 … Concluded her season at the Region 8 Level 10 Championships, sweeping first place in the all-around (38.800), bars (9.775), beam (9.725) and floor exercise (9.800) … Member of the Canadian National Team … First-place scores at Regionals all ranked among the top Level 10 scores in the nation in 2017 … Competed at the Level 10 Junior Olympic Nationals in 2013 and 2014 … Member of the Canada National Junior Team and was selected to represent Canada at the 2014 Coupe Avenir in Malmedy, Belgium, finishing third in the all-around and first on bars, and at the 2014 Top Gym Tournament in Charleroi, Belgium, finishing second in the all-around.