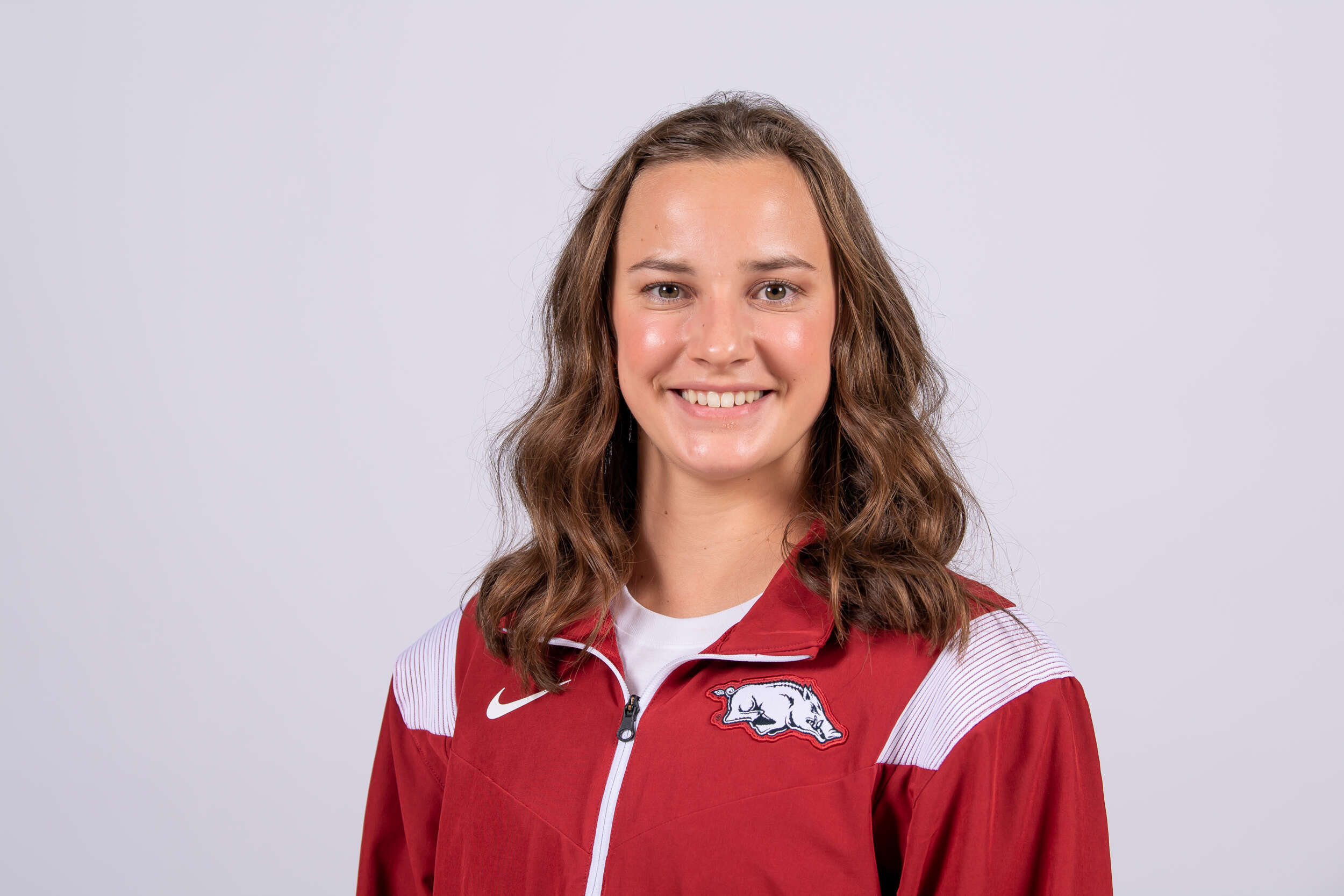 As a Freshman (2018-19)
During the Houston meet Herrmann set her season best and got her first college event win in the 100 Breast with a time of 1:02:55, She also swept BR’s during this same meet(2:17:22) and the Kansas meet(1:02:16)… Herrmann earned sixth-place in the 200 yard breaststroke (2:14.19) and set a season-best time, before setting another season-best in the finals for a fifth-place finish (2:13.03)… At the Kansas meet the Freshman led the team with three individual first-place finishes… at the Last chance meet she recorded an NCAA ‘B’ cut, setting a personal best (2:11.23) in the 200 yard breaststroke…Vanessa finished 17th at SEC Championships…Herrmann also earned most improved swimmer and was named the SEC Freshman Swimmer of the Week (1/22/19).

Reason for Choosing Arkansas
I chose Arkansas because of the community. Fayetteville is beautiful in each season of the year. The athletic community is filled with opportunities to be successful. The team is filled with loving and supportive teammates.

Personal
Born May 15, 2000 in Bismark, North Dakota… Daughter of Wayne and Becky Herrmann…Has one brother Roger Herrmann and one sister Veronica Herrmann… Majoring in Kinesiology.