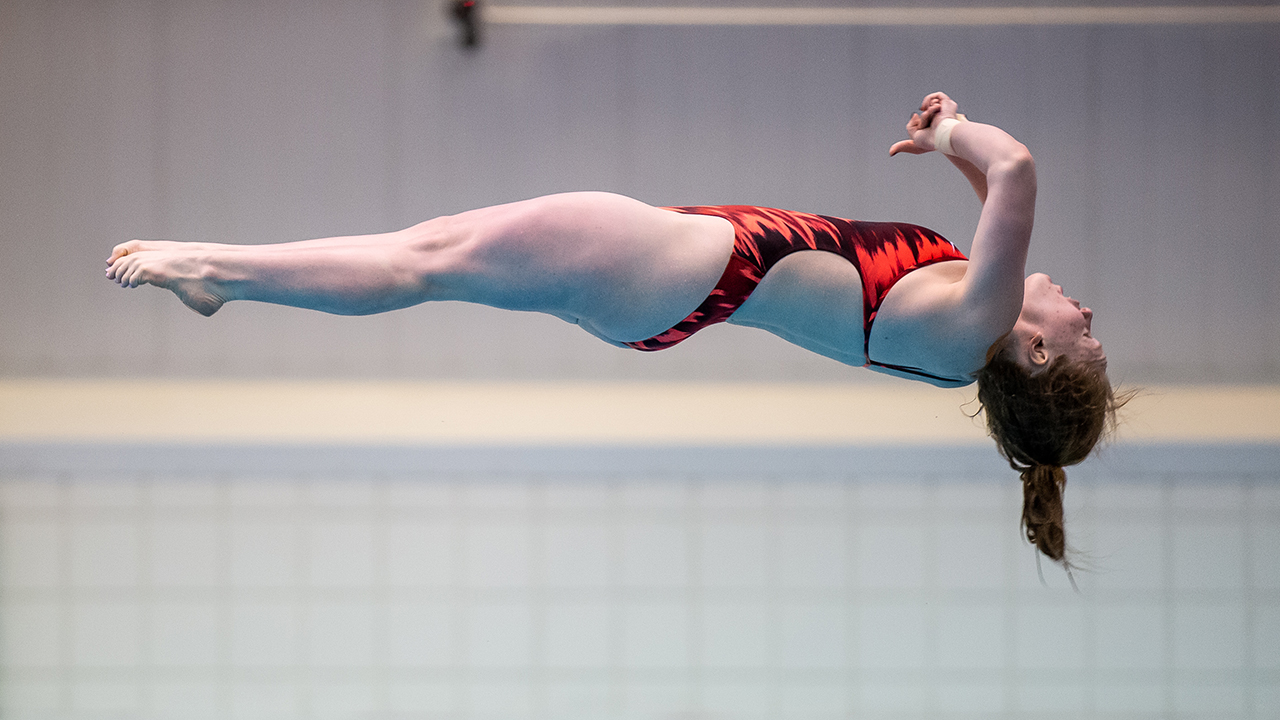 ATHENS, Ga.- In the second day of the SEC Championships, the Razorbacks set two more records and sophomore Brooke Schultz took the 1-meter title for the second consecutive year.

The 50 freestyle saw nine Razorbacks compete in the preliminaries, with Cris Roberts setting a personal best (25.02) and finishing in 63rd place. Kenedy Thaman placed 50th with a time of 23.48, while Brittney Pike finished 48th (23.44) and set a personal best.

Molly Moore set a personal best time of 22.72 to finish in 25th place and qualify as first alternate. Anna Hopkin earned a second-place finish with a time of 21.70 to advance to the A-finals. Hopkin’s personal best of 21.58 earned her a second place finish and set a school record.

The final event of the day was the 200 yard freestyle relay, where Kobie Melton, Hopkin, Moore, and Kelly set a school record (1:28.83). The fourth-place finish was the highest SEC Championship finish for the Razorbacks in the event since 2015. After the second day of competition, the Razorbacks sit in sixth place with 294 points.

The Hogs will return to the pool for the third day of the SEC Championships tomorrow morning with the 400 yard IM preliminaries at 10 a.m. (ET).