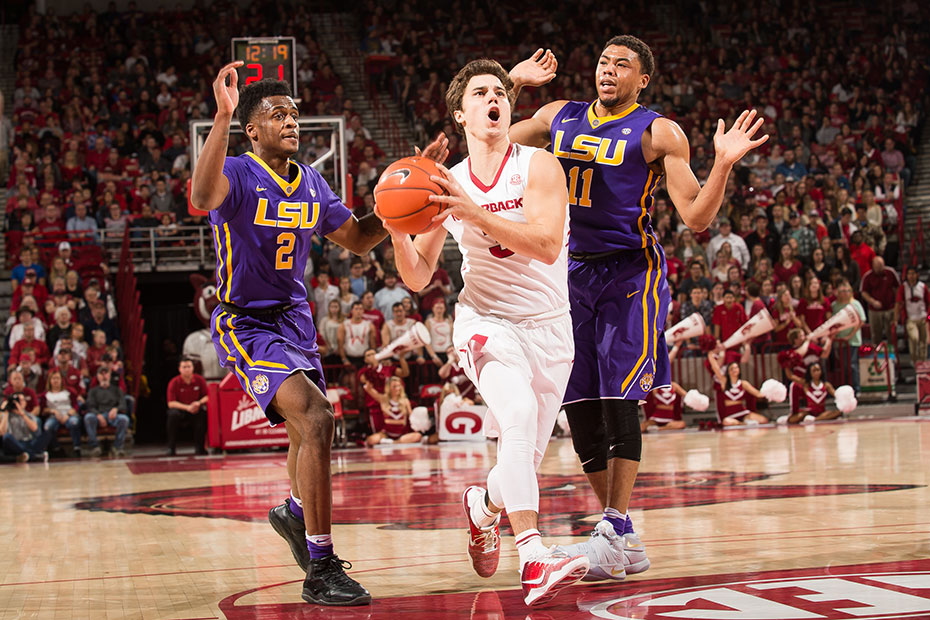 Arkansas got off to a slow start from the field, missing six of its first seven shots of the game. LSU climbed to an eight-point lead before the Razorbacks proceeded to sink five of their next six attempts to cut the deficit to just one. The Tigers took a nine-point lead to the half after outscoring Arkansas 26-10 in the paint and outrebounding the Hogs 28-12 in the opening frame.

A common trend this season for the Razorbacks has been their bench production. Once again, it came up big, outscoring the Tigers 31-11.

Dustin Thomas had one of his best games as a Razorback. The redshirt-junior finished with nine points and a career and team-high nine rebounds. Anton Beard recorded 11 points and three assists.

UP NEXT
The Razorbacks remain on the road next week, traveling to Columbia, S.C. to face the No. 19 South Carolina Gamecocks on Wednesday, Feb. 15 at 5:30 p.m.