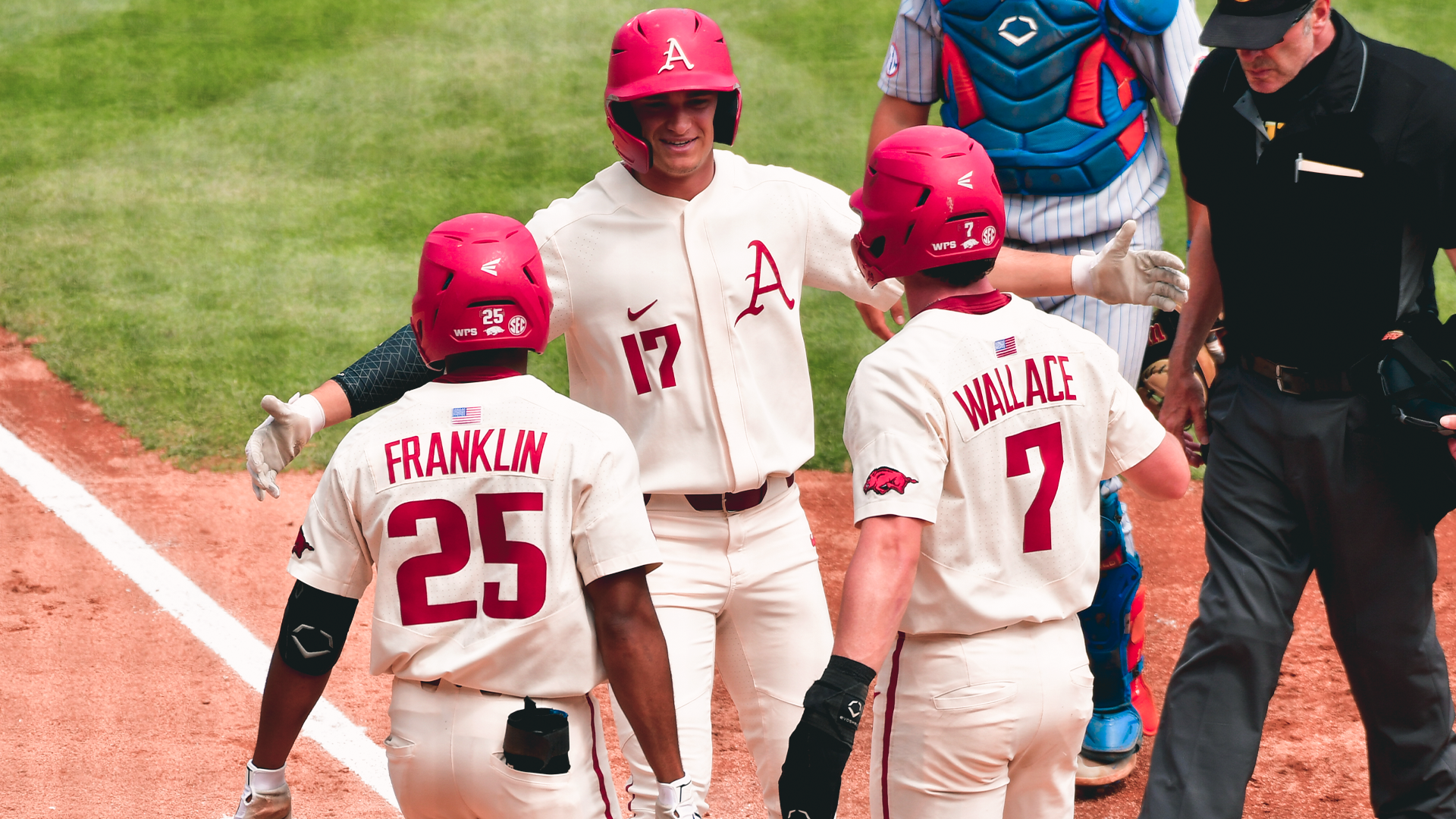 FAYETTEVILLE, Ark. – There was no post-win hangover at Baum-Walker Stadium.

Less than 24 hours after taking home the regular-season SEC title, No. 1 Arkansas exploded for seven runs in the seventh inning and cruised to a 9-3 series-sweeping win against No. 9 Florida on Saturday afternoon in front of 11,084 fans at the best college ballpark in America.

The Razorbacks conclude the 2021 regular season with a 42-10 overall record and a 22-8 mark in SEC play. Arkansas, locked in as the No. 1 overall seed in the upcoming SEC Baseball Tournament, tied a program record for most SEC victories in a single season with Saturday’s win, matching the 1999 squad which also won the regular-season SEC championship and finished with a 22-8 conference record.

Hog slugger Brady Slavens blasted two homers, driving in five runs and single-handedly outscoring the Gators on the day. The first baseman swatted his 12th and 13th dingers of the year, moving his RBI total this season to a team-leading 59.

Slavens’ two-run blast to left field in the bottom of the fourth put Arkansas up, 2-0. He stuck the final dagger in the Gators with his three-run homer in the seventh, punctuating the Razorbacks’ seven-run inning with a no-doubter to right center.

Pinch-hitter extraordinaire Charlie Welch came up big once again, doubling home two runs as part of the seven-run seventh. The right-handed hitter is now slashing .421/.522/.895 with five homers and 15 RBI in just 38 at-bats on the year.

Arkansas used seven pitchers in the game, starting with right-hander Jaxon Wiggins. The true freshman made his first career SEC start and twirled three innings of scoreless ball while striking out a pair.

Zebulon Vermillion and Ryan Costeiu, meanwhile, shined out of the bullpen. Each logged an inning of work and struck out two batters in their respective 1-2-3 frames.

Arkansas is back in action Wednesday, May 26, at the conference tournament in Hoover, Ala. The Hogs will play the winner of eight-seed Georgia vs. nine-seed LSU at 4:30 p.m. on the SEC Network.