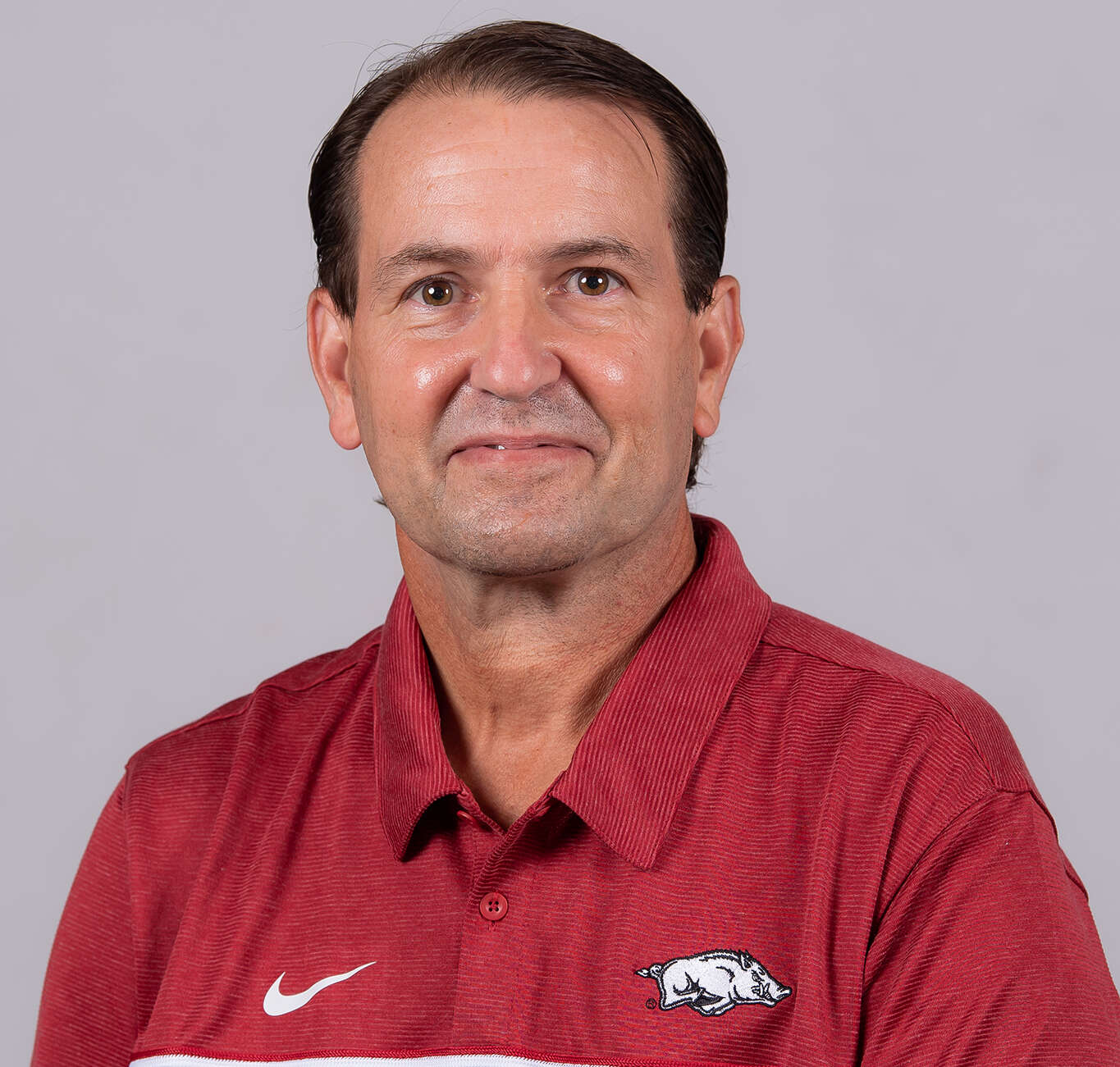 Mark O’Neal, an Arkansas graduate and longtime member of the Chicago Cubs and St. Louis Cardinals organizations, is in his second season as Head Athletic Trainer for Men’s Basketball/Men’s Golf.

O’Neal is a highly respected member of the athletic training profession and has been a champion for workforce inclusion that has made an impact on a national level.

O’Neal, who served as director of medical operations for the Chicago Cubs since October 2012, received a departmental alumni award from the Department of Health, Human Performance and Recreation at the University of Arkansas in April 2018 for his career work, representing athletic training in baseball at the collegiate, Olympic and professional levels. O’Neal is a three-time president of the Professional Baseball Athletic Trainers Society (PBATS) – serving in that role since 2013 – and was chair of Major League Baseball’s Medical Advisory Board.

While president of PBATS, O’Neal reinvigorated tobacco education in baseball and established ProTep, the Professional Tobacco Education Program. In addition, he solidified the Ability Transcends Challenges (ATC). The ATC program was designed to educate the American public about disability inclusion in sports and in the workplace. O’Neal’s work on the ATC program has led to millions of Americans being made aware of the issue of disability inclusion. He has also forged partnerships with the National Down Syndrome Society and the Ruderman Family Foundation; two of the largest disability advocacy groups in the world. He also spearheaded an effort through PBATS to build one of the largest scholarship annuities in NATA history from a single organization. In addition, O’Neal worked with MLB and USA Baseball on instructions and injury prevention programs for young people.

In 2008, O’Neal joined Cubs’ assistant athletic trainer Ed Halbur in being named the 2008 Major League Athletic Training Staff of the Year, and, in 2007, O’Neal was elected Secretary of the PBATS Executive Board.

Prior to his time in Chicago, O’Neal spent 15 seasons in the St. Louis Cardinals’ organization. His first appointment with the Cardinals major league staff came in 1998 as the medical and rehabilitation coordinator before being promoted to assistant athletic trainer in 2003.

En route to the major leagues, Mark made stops in the Cardinals’ farm system at Savannah (A), Arkansas (AA) and Louisville (AAA).

He was a keynote speaker on the Kinetic Chain Assessment at the 2003 NATA National Convention and a speaker at the Annual Medical and Legal Controversies in Sports Conference at Northwestern University.

O’Neal received his degree in kinesiology from the University of Arkansas in 1989. He worked with the Razorbacks’ football and basketball teams under England’s guidance during his time in school. He is a certified and licensed member of the Arkansas, Arizona and Illinois National Athletic Trainers Association (NATA) and is Licensed Athletic Trainer (LAT), Certified Athletic Trainer (ATC) and Performance Enhancement Specialist (PES) as well as having other sports performance related certifications.

O’Neal and his wife, Stefanie, have three children – Conner, Cade and Kyle.