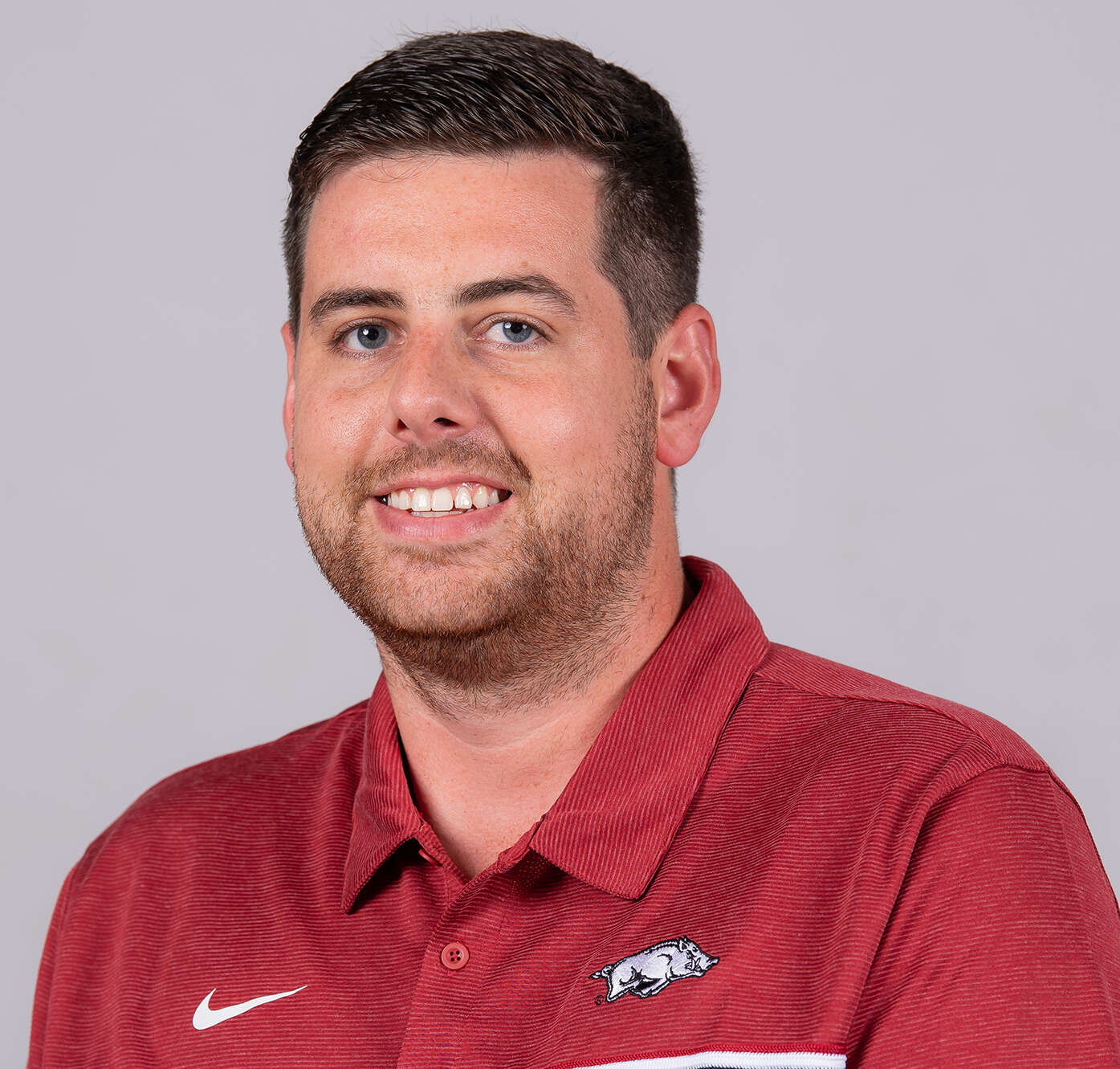 Riley Hall has served many functions in his seven years with the Razorbacks. After being a student-manager, he spent two seasons as a graduate assistant, three seasons as video coordinator and, in 2021-22, took on the role as director of internal operations.

Hall has handled numerous administrative duties over his tenure such as overseeing the collection of game tapes, breaking down practice and game footage for instructional use and organizing scouting video for the Razorback coaching staff. More recently, he works closely with head coach Eric Musselman, organizing his daily schedule, as well as handling travel logistics for the team.

Previously, Hall spent two seasons as a graduate assistant with the Razorback men’s basketball program in 2017-18. His duties then included overseeing all student managers, supervising practice preparations, directing and sending mailouts for current and future recruits and reviewing film breakdown/scouting reports for potential opponents. Prior to coming on staff, Hall served as a student manager from 2013-16.

The Bryant, Arkansas, native graduated from the University of Arkansas in May 2016 with a bachelor’s degree in kinesiology. He completed his Master’s in Recreation and Sports Management in 2018.