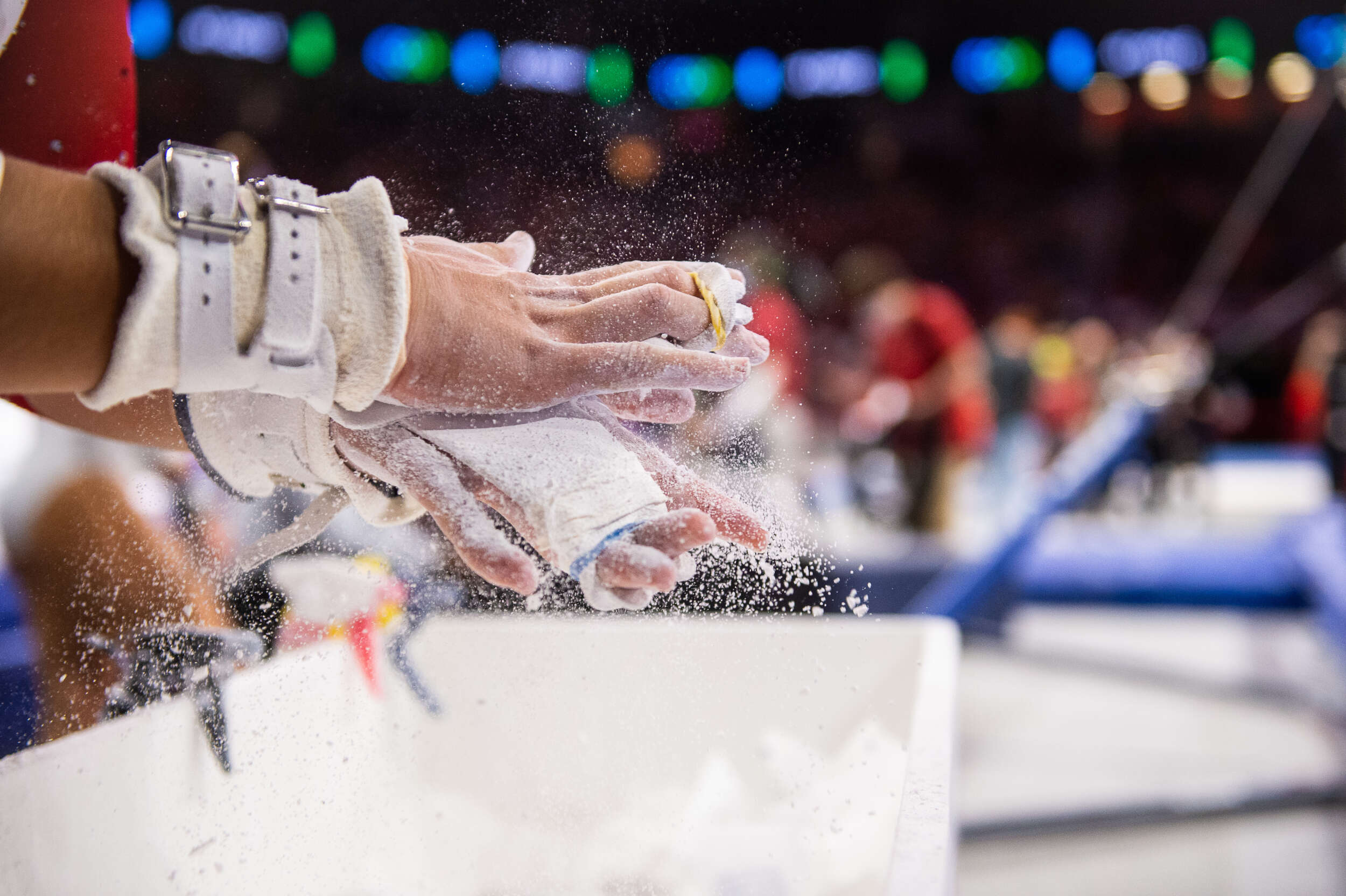 There will be five opportunities for Hog fans to catch the Gymbacks on the big screen in 2023.

Three of Arkansas’ five home meets and two away meets will be televised live on SEC Network, including a three-week streak to start the conference season.

The Hogs’ SEC opener against Alabama on Jan. 13, their away meet against the Auburn Tigers on Jan. 20, and their home dual against LSU on Jan. 27 will all be featured on Friday Night Heights on SEC Network. Meet times are set for 7:15, 7:30 and 8:00 p.m. CT, respectively.

The Gymbacks return to SEC Network on Feb. 17 for their away contest at Kentucky, with coverage and action beginning at 7:30 p.m.

The team’s SEC Network finale in the regular season is set for the last meet in Barnhill Arena in 2023, Feb. 24 against Missouri at 7:45 p.m.

Record television coverage is in store for the 2023 season, with six “Friday Night Heights” tripleheaders on SEC Network, ESPN2 and ESPNU featuring SEC squads during the 2023 regular season, including a quadruple-header on Friday, Feb. 13.

SEC Network will also exclusively air the entirety of the March 18 SEC Championships live. In NCAA action, ESPN+ will be host to all regional competition. Both sessions of the NCAA championship semifinals in Fort Worth, Texas on April 13 will be shown on ESPN2, and the team final on April 15 will be broadcast live on ABC.

Along with the TV schedule, times have been finalized for the 2023 slate. Home meet times are listed 15 minutes prior to first touch to ensure that fans can be in their seats and ready for intros and all the pre-meet excitement.