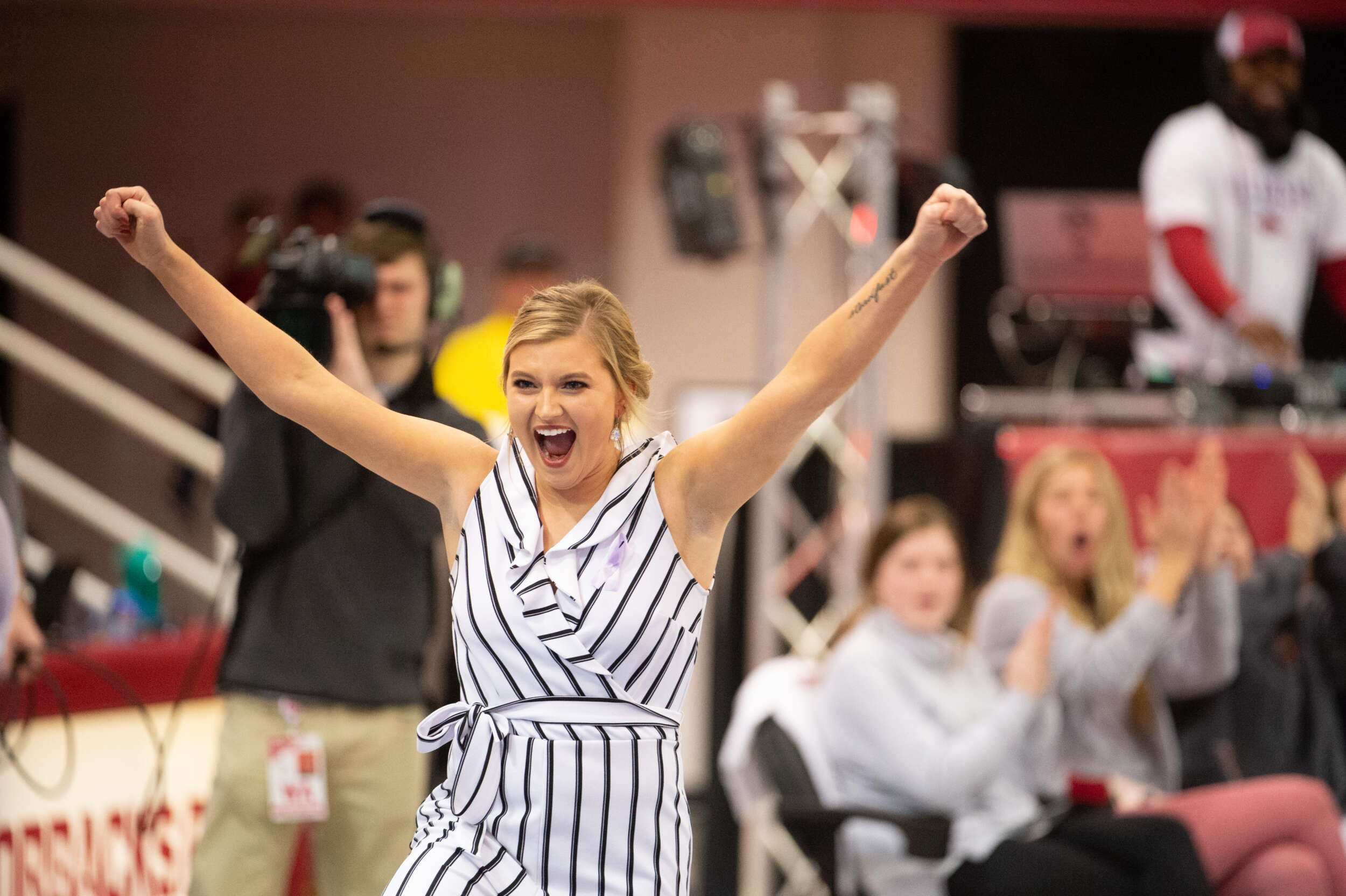 FAYETTEVILLE – Head gymnastics coach Jordyn Wieber has announced the hiring of Catelyn Orel as the Razorbacks new assistant coach. Wieber made the announcement to the team Friday afternoon.

Orel spent the 2020 season as a volunteer coach with the Razorbacks, primarily coaching the beam team and acting as the lead choreographer on beam and floor.

“In just one year, Catelyn has already made an incredible impact on our program,” Wieber said. “I have no doubt that her knowledge and creative expertise will continue helping this program excel.” 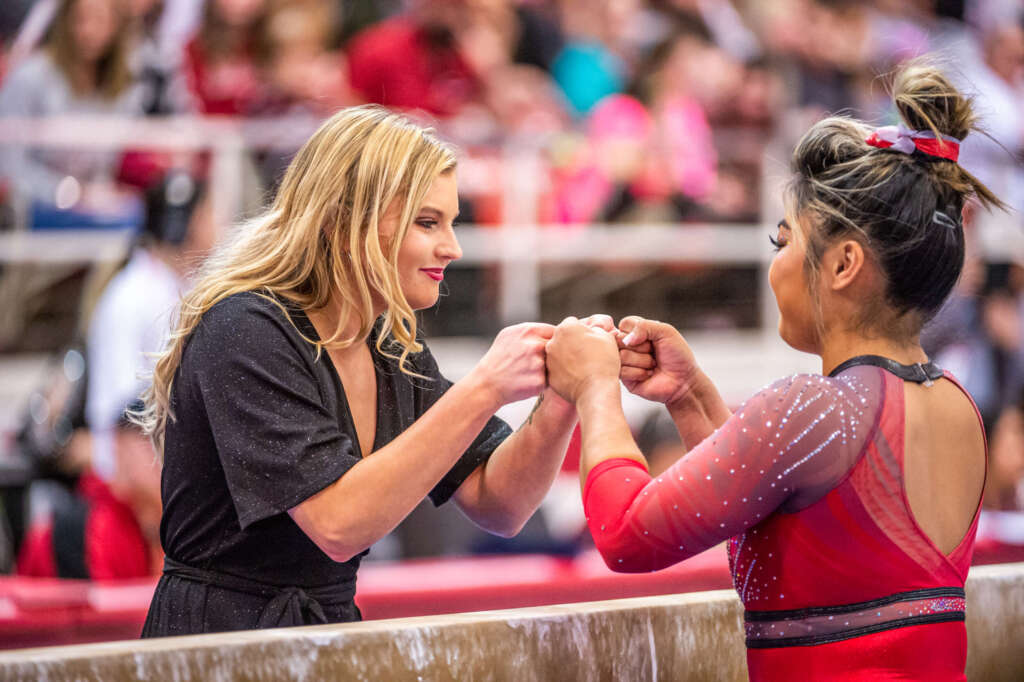 “Throughout the hiring process, it was evidently clear that she was the perfect person for this assistant coaching position,” added Wieber. “Catelyn is a part of our family, she knows the athletes well and she is the definition of strong character.”

With Orel’s choreography, the Razorbacks garnered lots of compliments from broadcast analysts and gymnastics fans across the world. Arkansas rose to as high as fourth in the nation on the floor and stayed among the top 10 teams nearly the entire season.

Arkansas claimed seven beam titles and nine floor titles over the 2020 season. Senior Sophia Carter earned three titles on the beam and five on the floor with the help of Orel. 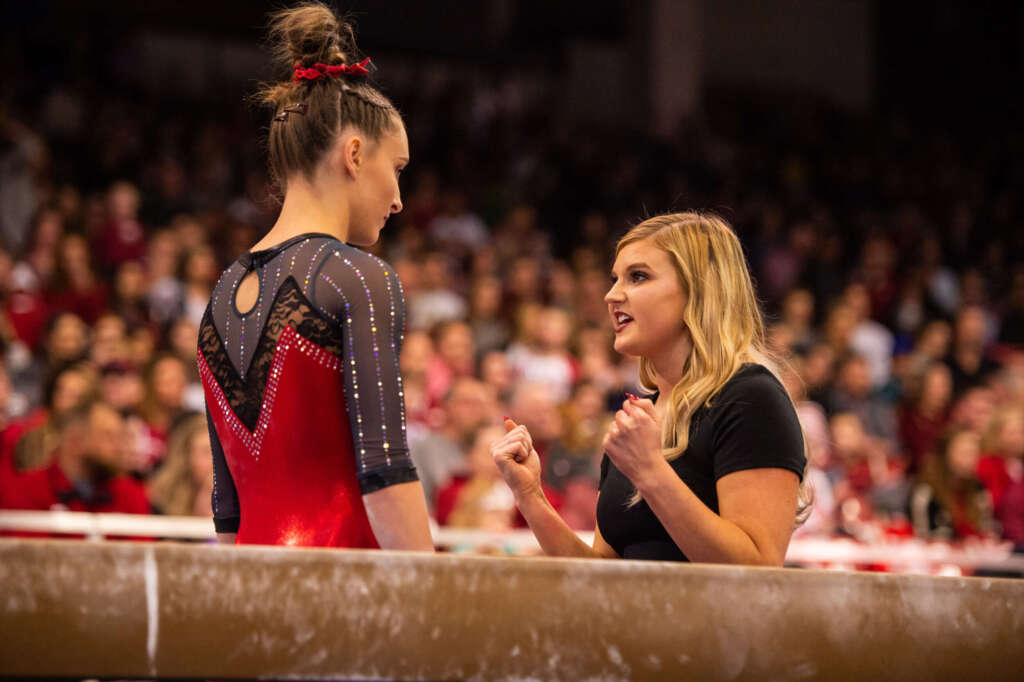 “To say I’m honored to continue to be apart of the Razorback program is an understatement,” Orel said. “My experience last year was incredible and the support around our program at Arkansas is unmatched and something I am so grateful for.”

Carter and teammates Kennedy Hambrick and Bailey Lovett all had balance beam routines that landed them in the top five all-time at Arkansas. Hambrick had a career-high 9.925 at LSU (Feb. 28) for the second time this year. She and Carter both earned 9.925s in 2020, while Lovett joined the ranks with a 9.900 at Oklahoma (Jan. 20).

“I already feel such a special connection to each of our athletes and our University as a whole,” said Orel. “I’m excited and ready to build off of what we did last year and take us to the next level.”

Orel’s choreography and direction also helped the growth of Carter and Hambrick and their journey to Regular-Season All-Americans in 2020. Carter finished her junior campaign ranked 11th in the nation on the floor and Hambrick ranked 16th in the all-around competition. 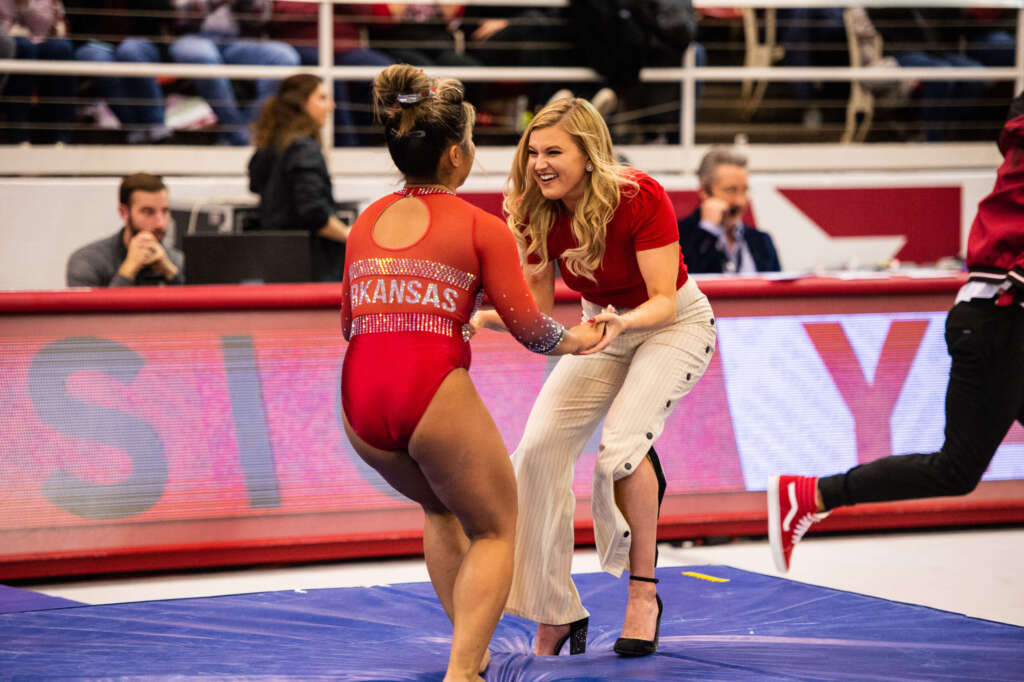 Orel, from Blue Sage, Missouri, recently graduated from Nebraska with a degree in management after a competitive career as an all-around performer for the Cornhuskers.

Orel wrapped her collegiate career in 2019, returning from injury in February to become a fantastic contributor on uneven bars, balance beam and floor exercise, providing a major spark to the Huskers floor lineup. She matched two of her career-best scores on beam at 9.825 against Southern Utah on March 2 and on floor with a score of 9.90 at the Big Ten Championships on March 23. She was an integral part of Nebraska’s Super Six success on bars and floor in 2018.

Known for her expressive and energetic floor performances, she posted a career-high 9.900 on floor at the Big Five meet on March 17 and season-best 9.825 on bars at the Masters Classic. 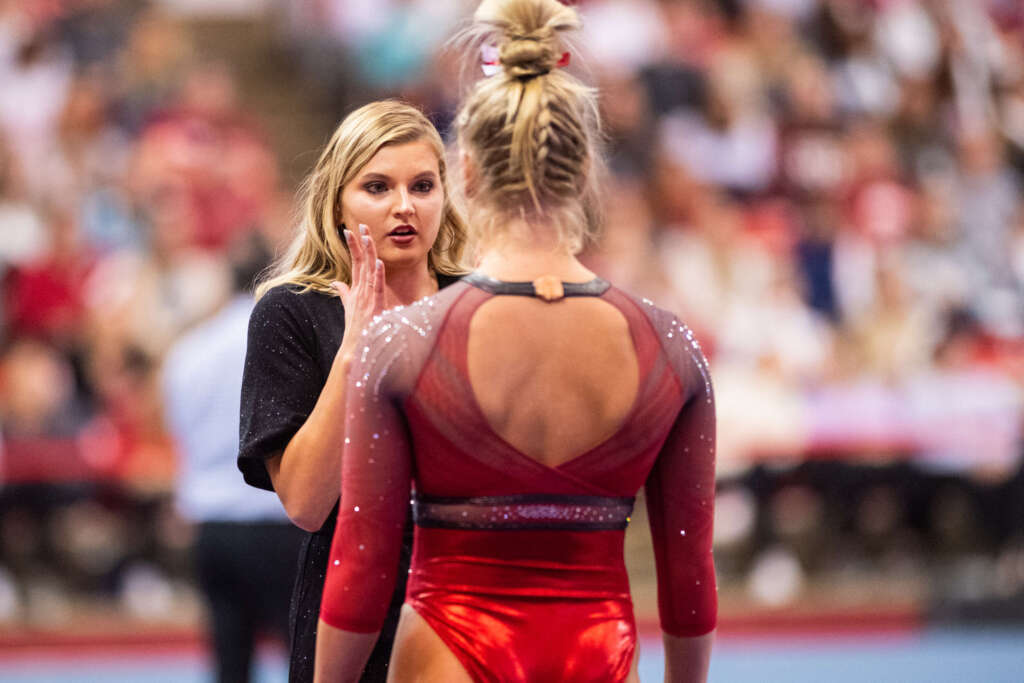