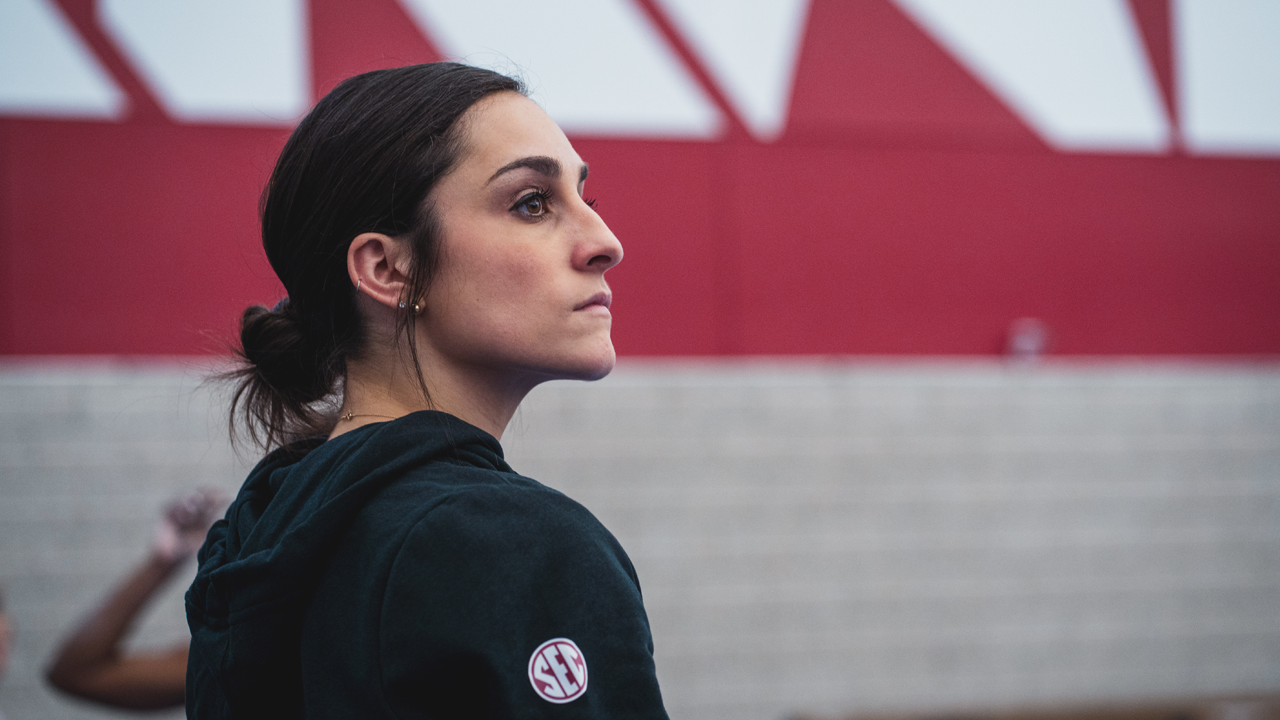 Wieber’s inaugural signing class features an impressive quartet of gymnasts from four different states who have all competed at the highest level in their states and at the national levels. The four signees for the 2020-21 season include: Emma Kelley (Fun & Fitness), Jordan Olszewski (Mountain Brook), Gillian Rutz (Perfection) and Jensen Scalzo (American Twisters).

“We are very excited about the incoming class of Gymnbacks,” Wieber said. “They are a group of dynamic and talented athletes who are eager to be Arkansas Razorbacks and we can’t wait for them to be a part of our program next year.”

Kelley is a level 10 gymnast from Fun & Fitness Gymnastics in Richmond, Texas, and has competed at that distinction since the start of 2016. In her first year at level 10, she finished fourth in the all-around at the Texas State Championships after turning in the top scores in the vault (9.800) and floor (9.675) events. She has competed twice in 2019, at the Kurt Thomas Invitational and the Star Struck Invitational. Kelley’s oldest sister, Shayla, was an acrobatics & tumbling student-athlete at Baylor, while her other older sister, McKenna, recently completed her collegiate gymnastics career at LSU. Emma is the daughter of Mary Lou Retton, the all-around gold medalist from the 1984 Summer Olympics in Los Angeles.

Olszewski has competed for Mountain Brook Gymnastics in Alabama as a level 10 gymnast since 2016. She’s recorded 24 event victories over her four years at the level, with four all-around titles. Her latest all-around crown came in a clean sweep at Elevate the Stage on March 8, 2019, with a personal-best 37.825. Olszewski’s has performed at the Women’s Junior Olympic National Championships twice, in 2017 and earlier this year, finishing 21st in the all-around in May with a score of 37.200, which included a fourth-place finish in the vault (9.650) and ninth in the uneven bars (9.525). Her top vault performance came at the USA Gymnastics Region 8 Regional, leading all competitors with a score of 9.825.

Rutz began competing at level 10 for Perfection Gymnastics School in West Chester, Ohio, in 2016. She has 33 event wins to her name over the last four years, including 12 all-around titles, five in 2019 alone. Rutz claimed the all-around victories at the Ohio State Championships (38.325) on March 15 and the Region 5 Championships (38.100) on April 11 leading into her fourth consecutive Women’s Junior Olympic National Championships in May. After a sixth-place finish in the uneven bars at the 2018 JO Championships, Rutz took home the crown at this year’s meet with a score of 9.750, her eighth event victory as a level 10 gymnast.

Scalzo, a level 10 gymnast for American Twisters Gymnastics in Boca Raton, Florida, has competed at the Florida State Championships in each of the last six years. At the 2016 Region 8 Level 10 Regionals, she recorded a first-place finish in the uneven bars and a fifth-place score in vault to push her to a fifth-place finish in the all-around at 36.350. Scalzo’s top all-around score as a level 10 competitor came at the 2017 Florida State Championships, finishing third overall at 37.475 after winning the bars title (9.500) and claiming bronze on floor (9.400).

The Gymbacks kick off their 2020 season on Friday, Jan. 10, at Florida, with the home opener slated for the following weekend against Denver at 7 p.m. on Jan. 17 in Barnhill Arena. Season tickets are now on sale starting at $25. Call (800) 982-4657 or visit arkansasrazorbacks.com for more details. For more information on Arkansas gymnastics, follow @RazorbackGym on Twitter.