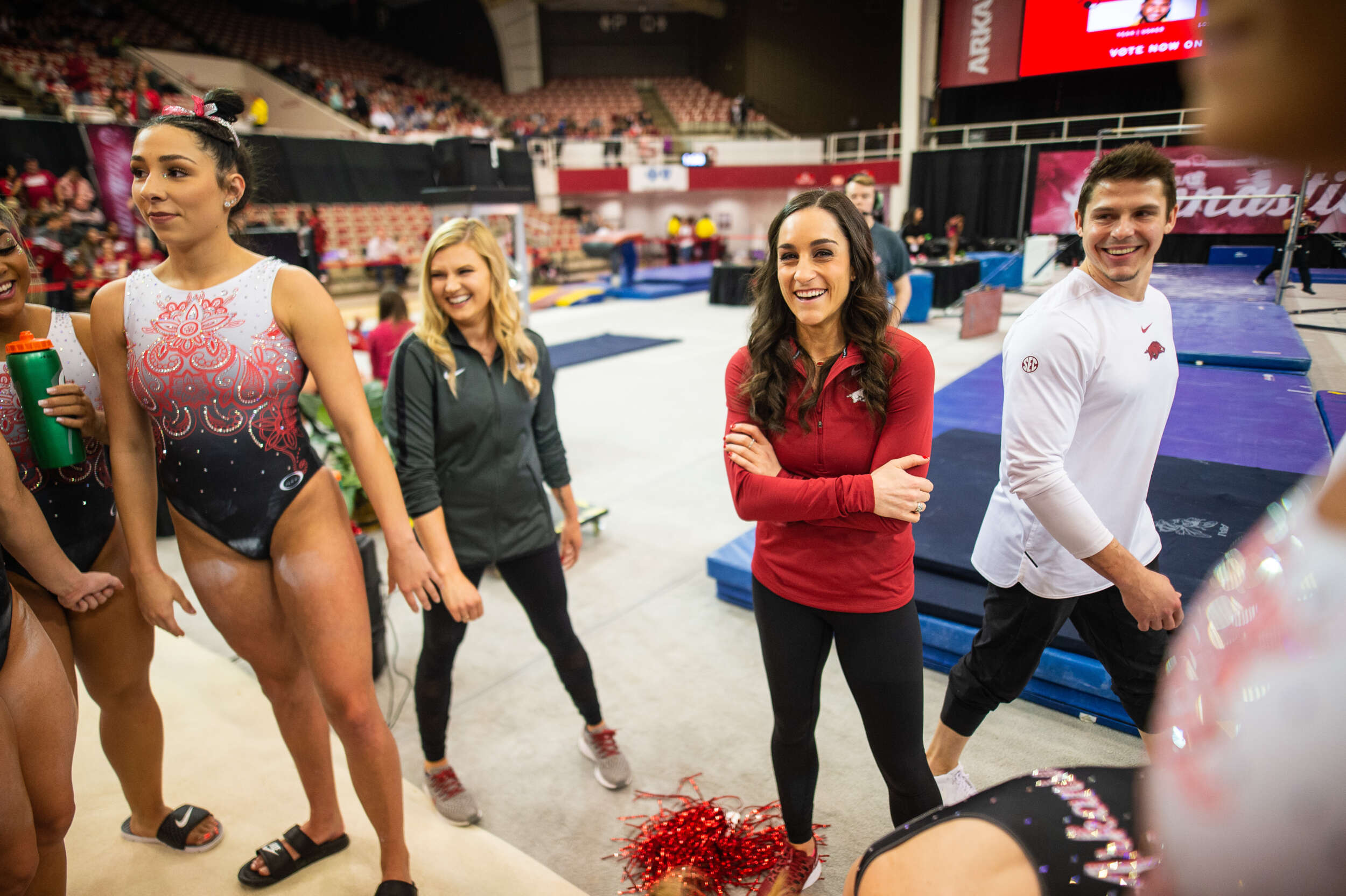 FAYETTEVILLE – Head gymnastics coach Jordyn Wieber has announced the signing of five new Razorbacks during Wednesday’s official signing day ceremonies. The signees come from all over the United States with Arkansas’ footprint reaching all the way from the Hawaiian Islands to Cornelius, North Carolina.

“I am extremely thrilled and excited about our 2020 signing class who will be joining us next fall,” said Coach Wieber. “They are a group incredibly talented athletes who are eager and excited to compete for the University of Arkansas. Each athlete brings a unique skill set, personality, and style of gymnastics that will continue to diversify and grow our program. I look forward to having them in Fayetteville and I am certain they will have incredible careers as Arkansas Gymbacks.”

Weaver comes to Arkansas from Legacy Gymnastics in Pelham, Ala. Competing level 10 since 2017, she qualified for the Junior Olympic Nationals twice and stands as a three-time state all-around champion.

Lined up to become one of six Texas native Razorbacks on the 2021-22 roster, Price reigns from Coppell, Texas where she trains at Texas Dreams Gymnastics. She brings high-level competitive experience to Fayetteville with her, qualifying for the Junior Olympic Nationals in 2018 and the Nastia Liukin Cup in 2019.

From Honolulu, Hawaii to The Hill, Hawaiian Island Twisters gymnast Gamiao joins the Razorbacks as a three-time Junior Olympic Nationals qualifier. After qualifying in 2016 and 2018, she became a JO national team member in 2019.

Sedlacek has the most level 10 experience of the Razorback signees, competing level 10 since 2014. The West Chicago, Illinois native competed as a Junior International Elite from 2014-2017 and would go on to compete at the Junior Olympic Nationals in 2018. Sedlacek is currently training at Midwest Eilte Gymnastics Academy in Elgin, Illinois.