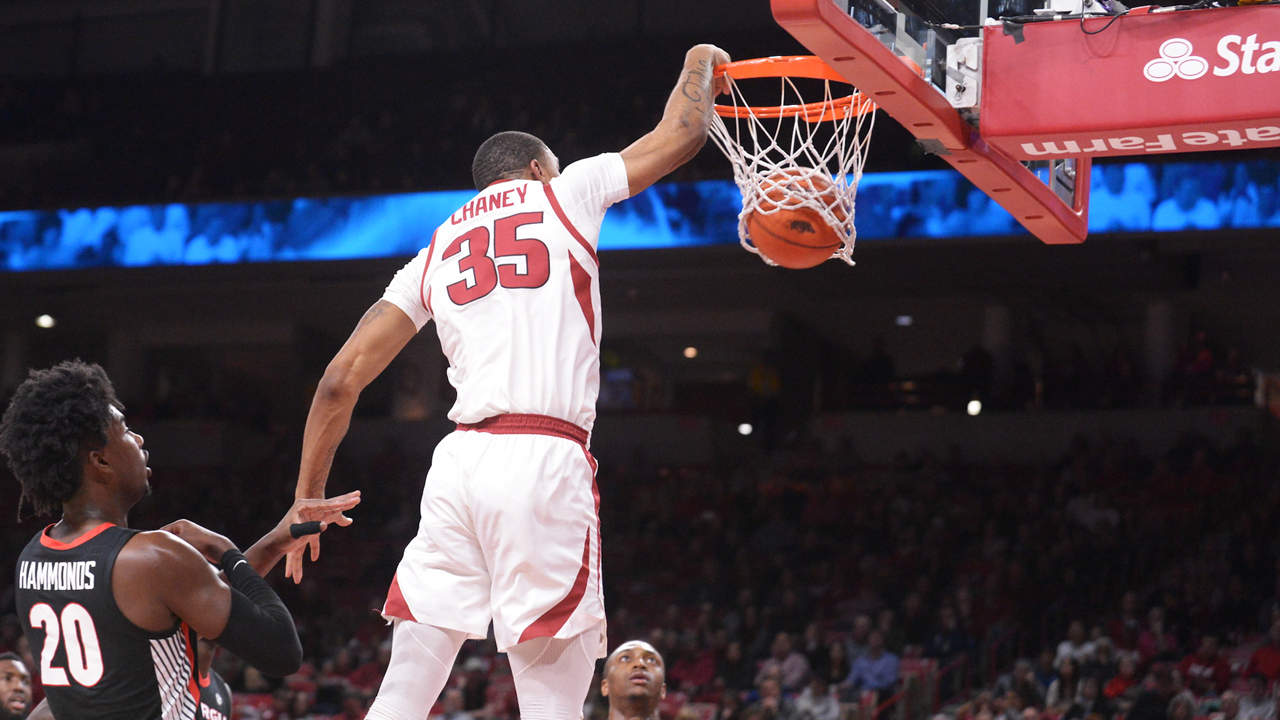 The Razorbacks secured their second-consecutive SEC win with a 70-60 victory over the Georgia Bulldogs on Tuesday night. Mason Jones led the way for the Hogs, scoring 23 points on 8-of-14 shooting from the floor.

FAYETTEVILLE – With the game tied 52-52 and 6:23 left in the game, Isaiah Joe and Mason Jones hit back-to-back 3-pointers and the Razorbacks never looked back in a 70-60 victory over Georgia Tuesday night at Bud Walton Arena.

The Razorbacks won their second straight SEC game despite being out-rebounded by 24 (56-32). However, Arkansas only committed four turnovers – the third-lowest total ever by the Razorbacks – and blocked 14 shots – the most by the Razorbacks in an SEC game and fourth-most all-time.

Arkansas got a basket at the buzzer by Jalen Harris to take a two-point lead at halftime (31-29). Arkansas rode that momentum to start the second half, leading by five (36-31) after a Gabe Osabuohien 3-pointer.

The Bulldogs fought back and took a one-point lead, 41-40, after a Nicolas Claxton 3-pointer at the 13:47 mark. The Razorbacks answered with a run of their own and led by seven (52-45) courtesy of a Daniel Gafford Dunk with 8:32 left. However, Georgia rallied to tie the game at 52-52 on a 3-pointer by William Jackson III.

From that point, Joe and Jones took over. Georgia temporarily got to within four, but Harris had a layup and Reggie Chaney blocked a shot on one end before racing down to convert a layup on the other to give Arkansas a 62-54 lead with 2:08 remaining. Arkansas made 7-of-10 free throws inside the final 1:34 to secure the win.

Arkansas returns to the road to play at #19 LSU on Saturday (Feb 2. Tip-off set for 5 pm and the game will be telecast on the SEC Network.