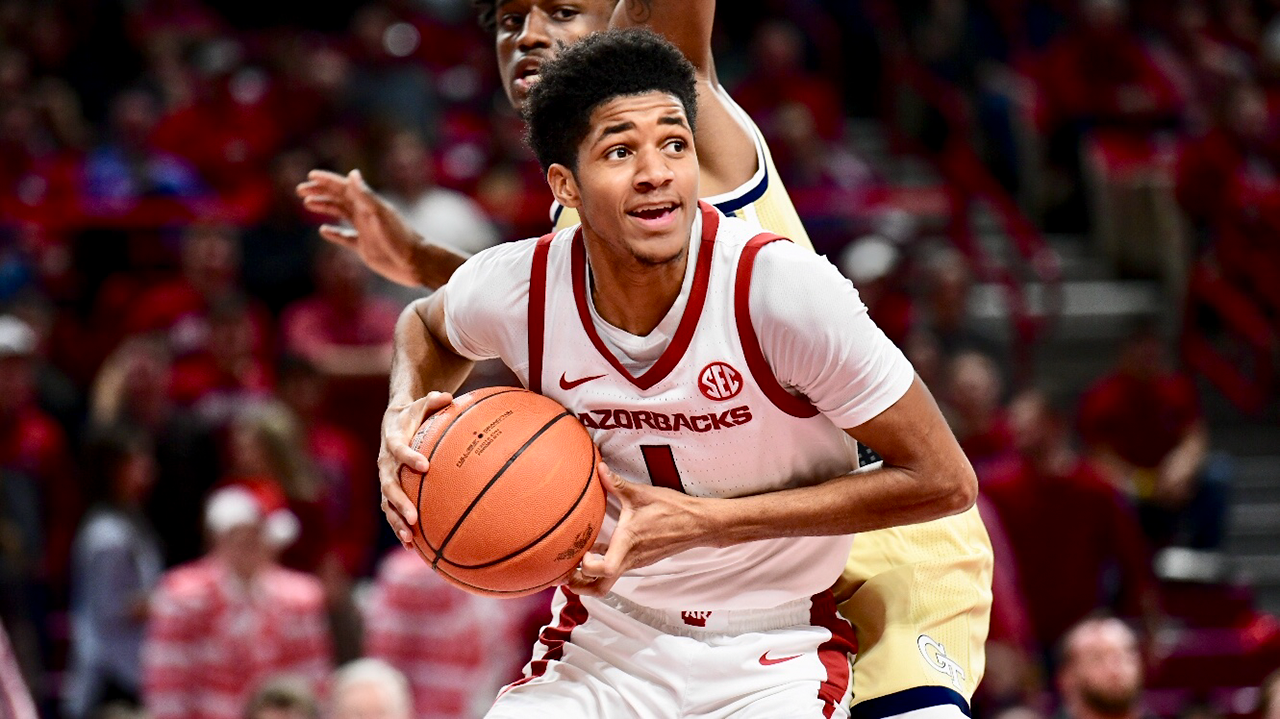 The Razorback men’s basketball team fell at home to the Georgia Tech Yellow Jackets on Wednesday night, 69-65. It’s the first time since 2012 the Hogs have lost back-to-back games inside Bud Walton Arena.

FAYETTEVILLE, Ark. (AP) — Jose Alvarado scored 20 points to help Georgia Tech hold on in the closing minutes for a 69-65 win at Arkansas on Wednesday night.

The win comes a game after the Yellow Jackets (6-4) suffered an embarrassing 79-69 home defeat to Gardner-Webb on Monday, and in a game they trailed by as many as five points early in the second half.

Alvarado was 9 of 15 from the field and scored in double figures for the sixth time in seven games, and the 6-foot guard added nine rebounds. James Banks III added 14 points and 15 rebounds, and Michael Devoe finished with 11 points and Khalid Moore had 10 in the win.

Mason Jones led Arkansas with 17 points, while Daniel Gafford added 14 and Isaiah Joe 13. The Razorbacks hit only 10 of 32 3-point attempts.

Arkansas trailed by as many as 11 points in the first half while opening the game 1 of 11 from the field, including 0 of 8 on 3-pointers.

The Razorbacks, however, hit 6 of 9 3-point attempts to close out the half — with Jones and Joe combining for five — and rallied to take a 32-31 halftime lead.

After a disappointing 13-19 record in coach Josh Pastner’s second season a year ago, Georgia Tech was in desperate need of a victory after entering the game with three losses in its last four games — including the loss to Gardner-Webb. The Yellow Jackets survived a series of lead changes in the second half to do just that, winning their fifth straight in the series against Arkansas.

The Razorbacks host Texas State on Saturday (Dec. 22) at 1 pm. The game will be telecast on the SEC Network.